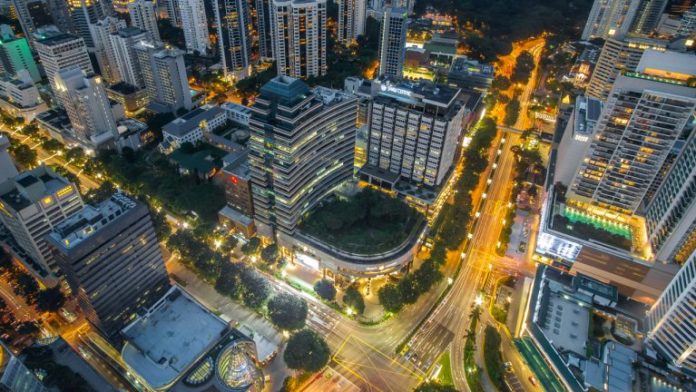 The popular and first Singapore-based carpooling platform, Ryde has revealed that customers will soon be able to pay with bitcoin. The feature will be available after the bitcoin support is incorporated into the company’s payment app on June 22. Ryde has approximately 29,000 drivers, tens of thousands of customers, and millions of trips have been taken since the company started in 2014.

The company Ryde is a carpooling service similar to Uber and the company launched in 2014 being the first rideshare platform located in Singapore. The difference between Uber, Lyft, and others compared to Ryde is the platform doesn’t concentrate on traditional “ride-hailing.” The firm’s founder Terence Zou started the company by raising funds from a couple of angels and venture capitalists.

Zou, 45, a Harvard Business School graduate, launched the application with carpooling route algorithms, which allows residents from Singapore to pay for carpooled rides more efficiently. On June 22, the company’s wallet Rydepay will incorporate bitcoin (BTC) support and users can leverage the crypto asset after that date.

The BTC gets converted into the firm’s Ryde tokens, so they can accrue a balance for carpooling needs. In a press release sent to news.Bitcoin.com, Ryde detailed that customers can deposit around ($725) 999 Singapore dollars worth of BTC into the application.

Additionally, Ryde will be supporting more crypto assets in the near future. Ryde’s founder and CEO Zou said that the coronavirus outbreak invoked a trend toward digital payment services. Zou stated:

Covid-19 has accelerated the shift towards digital payments and Ryde is set to be a game-changer for cryptocurrency adoption in Singapore — As consumers get used to paying for ride-hailing services through Bitcoin, we envisage that this will be a catalyst that spurs the mass adoption of cryptocurrencies here.

The Ryde announcement also explained that Zou has been keeping an eye on the cryptocurrency space for quite some time. The founder noted that he was optimistic about the network effect of crypto assets like bitcoin. Ryde has also been working on adding BTC support since last year.

Zou believes that technology plays an important role in carpooling and explained in 2015 that the firm was attempting to meld more innovation into ride-sharing applications.

“Carpooling is not a new idea per se,” Zou noted at the time. “What we are trying to do is infuse technology into it – real-time matching algorithms, which make it easier to find the same person going the same way.”

Ryde has offered cashless payments like Apple Pay in the past, and Zou thinks that bitcoin will add another set of customers. Ryde’s app prides itself on split costs and separating the application from incumbent ride-hailing services. Adding bitcoin support is just one of the smarter functionalities Ryde will offer, because the company’s algorithm optimization is key. Unlike ride-hailing, carpooling needs route management, and the entire system works together like a well-framed network.

The Singapore government is also becoming more lenient to bitcoin and crypto asset acceptance by mainland businesses. A number of cryptocurrency exchanges are now allowed to operate within the territory this year for a six-month grace period. Zou and Ryde think that crypto acceptance and bitcoin’s network effect will eventually seep into creating more Singapore-based merchants.

Bitcoin acceptance may not be frothing in the country, but stablecoin usage in Singapore is growing exponentially. Additionally, the Singapore-based firm Three Arrows Capital just purchased 6% of the $3.5 billion Grayscale Investment Bitcoin Trust (GBTC).

What do you think about Ryde in Singapore accepting BTC? Let us know what you think in the comments below.

A highly respected money manager that has called the last three financial bubbles says the current bubble is the “real...