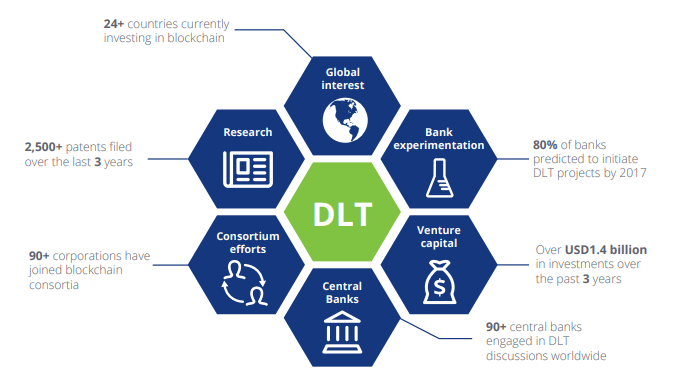 Many enthusiasts immediately think of Switzerland when looking into crypto friendly locations. The tiny island nation of Singapore, however, is making its own moves up the ranks. Such an official ranking system doesn’t actually exist of course, but that hasn’t stopped several opinion lists from appearing online in recent months. Expect “blockchain Singapore” to be two words you hear more often as the country looks to make its mark as a leader in the cryptocurrency field.

Despite its size, Singapore is well respected in many areas for its progressive values. It ranks particularly high in the fields of banking and technology. But perhaps more importantly, it has remained open to new ways of doing things.

In an area where other large economies like the US and China have fallen behind, due mainly to over-regulation, it’s no surprise then that a large number of blockchain startups are making their home here in the Asian south.

While the US has not gone so far as to remove cryptocurrency investment outright, China took that step late last year by banning initial coin offerings (ICOs). According to leaders in Beijing, ICOs are now defined as illegal fundraising tools because of the increase in cryptocurrency fraud. To illustrate this, a recent study by ICO advisory firm Satis Group concluded that as much as 80 percent of all ICO’s in 2017 could be identified as scams.

Now whether or not that number is accurate is anybody’s guess. The industry is so young that it’s wise to take any research with a grain of salt. But one thing is for sure, a clear trend is emerging. The number of blockchain startups moving to crypto friendly locations is on the rise. Both Hong Kong and Singapore have already absorbed many startup relocations and more are likely on the way.

Due to its proximity to the mainland, similarities in culture, and more importantly open-mindedness to change, Singapore will remain a hot spot for digital currency talent. Some of the most well-known names in blockchain now call Singapore their home and include the likes of TenX, Qtum, Kyber Network, Wanchain, and Zilliqa to name a few.

Popular industry TV shows like CNBC’s Crypto Trader are developing quite the reputation for traveling the world and meeting local blockchain talent. As the number of conferences continues to grow, media coverage is further cementing Singapore’s reputation as a global player.

Blockchain Summit Singapore is hailed as the largest blockchain event in Asia. The conference concluded not too long ago (August 2018) and will be a yearly event. It brings together over 700 entrepreneurs, investors, industry leaders, programmers, and technology innovators into an intensive one day summit.

In addition, the incredibly successful annual Consensus event by Coindesk now has an Asian branch. And, you guessed it, Singapore will be its host. The cryptocurrency circuit remains an effective drawcard as new and established projects look to collaborate and pitch ideas to investors around the world.

ICOs are clearly bringing a new class of investor into the startup funding game. And while Singapore is establishing itself as a corporate honeypot for this technology, don’t bet on the authorities taking a back seat.

The Monetary Authority of Singapore has every intention of getting involved. In 2016 the World Economic Forum published a report that predicted that up to 80 percent of banks would develop some kind of distributed ledger technology (DLT) in the following years.

DLT is a controversial topic since the banking sector has been quick to dismiss Bitcoin but embrace the so-called underlying ledger technology. Project Ubin is the government-led initiative to bring DLT to Singapore’s national currency. The central bank is partnering with three different technology providers to develop a delivery versus payment (DvP) platform. Its main goal is to create a token form of the Singaporean Dollar (SGD).

A Singapore digital currency won’t be a surprise to many readers though. There is already a push worldwide for cashless societies. Countries like Sweden are already heavily invested in this idea to the point that many businesses simply refuse to accept cash payments. Ubin might just be the project that brings that reality home for the city-state.

Authorities and corporations worldwide are promoting the idea of DLT in business practices. But where does the consumer stand in all of this? Skeptics will have their debating hats on though as many in the cryptocurrency community question just how distributed these projects really are.

The race is on. A whole new way of doing finance is upon us, and cities are scrambling to be the leaders in this emerging field. Which location will be the capital of blockchain technology? Switzerland? Singapore? Malta? If the boom of the tech companies of the early 2000’s is anything to go by, the early players will almost certainly have a major advantage.

It may be interesting to play devil’s advocate and question whether cities will indeed play such an important role in the future. We already have many talented companies with teams scattered across all four corners of the globe. Both the internet and Bitcoin have pioneered this idea of decentralization, and that concept is making its way into other areas of our lives. It’s not too far-fetched to imagine a programmer coming up with a groundbreaking solution from somewhere remote like Greenland.

While that kind of scenario is exciting, it’s not what we are currently seeing. For now, at least, hubs like Singapore will continue to attract investment, entrepreneurs, and dreamers wanting to make a name for themselves in the most exciting field around.