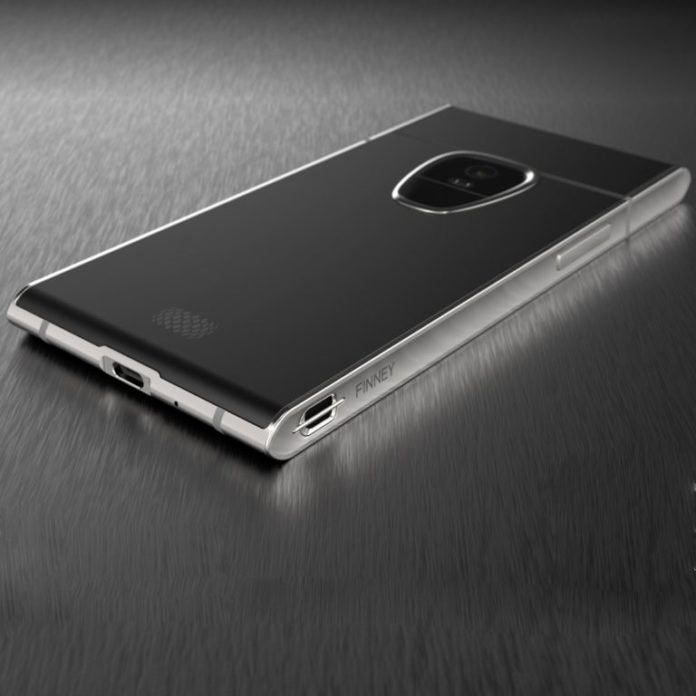 On Nov. 29, Sirin Labs announced the commercial launch of its new blockchain smartphone known as the Finney. According to the cellphone creators, the Finney offers “secure and state of the art mobile technology” alongside an embedded cold storage cryptocurrency wallet.

Sirin Labs has launched its flagship product the Finney phone, a mobile device named after the late Bitcoin developer Hal Finney. News.Bitcoin.com originally reported on the Finney phone back in May when it was revealed that Foxconn, the company that manufactures iPhones, helped Sirin Labs produce the new blockchain mobile device. This week, Sirin Labs announced the phone can now be purchased on the company’s official website for $999 and the product will also join the Amazon Launchpad program in January.

According to the phone’s specifications, the mobile device has a 6-inch touchscreen display and is powered by an octa-core processor with 6GB of RAM. Finney runs on an operating system called Sirin OS, which is a fork of the Oreo software Android 8.1. The cryptocurrency features within the phone can be seen by using a second touchscreen that’s attached to the phone’s body. Sirin has explained that this is how the Finney device’s extra layer of security works because when the pop-up screen is used, all actions performed by the Sirin OS are encrypted. The Finney creators state that the second touchscreen has a firewall between the main operating system and claims the process makes the phone much harder to compromise. The cryptocurrency side-software has a program known as token conversion service (TCS) so the mobile phone’s owners can swap coins like BTC and ETH.

Additionally, the phone has a 12-megapixel rear camera and a selfie camera with a design that’s very similar to the Solarin phone. The Solarin is another design created by Sirin Labs, but the Solarin carbon titanium 128GB version is a whopping $13,800 plus tax. The Finney model also comes with 128GB of storage and can be expanded upon with a micro-SD card. Lastly, the mobile device accepts a nano-SIM and can connect to traditional Bluetooth, NFC, and wifi networks. “Sirin Labs is also looking for strategic OEMs to implement Sirin OS in additional consumer devices,” the Barcelona-based company explained on Thursday.

The Finney Smartphone Has a Competitor

The new Finney cellphone is not the only mobile device specifically designed for blockchain security. Taiwanese consumer electronics manufacturer High Tech Computer Corporation (HTC) is also producing a cryptocurrency-centric phone. HTC has said the new “blockchain-powered” product will use a modified version of the Android operating system. The HTC Exodus 1 is also available for preorder on its website by reserving the phone with either BTC or ETH funds. At the moment the HTC Exodus 1 is priced at around 0.15 BTC or roughly $600 at the time of publication.

With the new Finney phone launch, Sirin Labs has explained that the company is planning to open two flagship concept stores so the public can get an inside glimpse at the blockchain mobile device. According to the Finney manufacturer, the first concept store will open in London in December of this year and then another location in Tokyo in January of 2019. Sirin Labs emphasized during the announcement that the London store will also act as a blockchain academy for individuals in the community looking to learn about cryptocurrency solutions.

Disclaimer: Bitcoin.com does not endorse nor support this product/service.
Readers should do their own due diligence before taking any actions related to the mentioned company or any of its affiliates or services. Bitcoin.com is not responsible, directly or indirectly, for any damage or loss caused or alleged to be caused by or in connection with the use of or reliance on any content, goods or services mentioned in this article.

Images via Sirin Labs, the Finney phone, and HTC.

VanEck, Cboe and SolidX Meet With SEC to Discuss a Bitcoin ETF

Having met the U.S. Securities and Exchange Commission (SEC) in August 2018, officials of VanEck, SolidX and Cboe BZX Exchange...