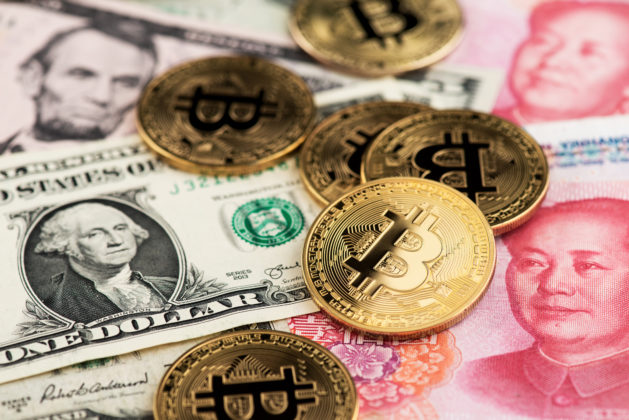 Tensions between the United States and China in the past led to an increased interest in Bitcoin and gold in the past. But now that the economy is on thin ice due to lockdown conditions, worsening relations between the two countries are expected to have a negative impact on the assets in the near term.
Could heightening tensions between US and China be responsible for Bitcoin’s waning momentum?
Bullish Beginnings Emerge From Early Trade Tensions
At the start of 2019, the trade war between US and China began to come to a boil. During this time, gold started a new bull run, and Bitcoin ballooned to $14,000.
The two assets began to cool off alongside the feud. Then the coronavirus arrived, and each country turned their attention toward public health and safety and put patching up negative relations on hold.
RELATED READING | GOLDMAN’S CHILLING S&P 500 CRASH PREDICTION MAKES BITCOIN VULNERABLE IN MID-2020
Since then, a game of finger-pointing over where the coronavirus originated from has begun and is leading to a return of the nasty relationship between the two global superpowers.
China claims the virus originated from the United States, while the rest of the world still refers to the virus as first appearing in Wuhan, China.
Whatever the truth is, both countries aim to use the accusations to their political advantage, and this could have a negative impact on investors.
Bitcoin and Gold May Struggle Due to Economic Uncertainty Surrounding US and China
The worst situation for investors, is when fear, uncertainty, and doubt cloud their judgment. This leads to panic selloffs like what was witnessed this past March on Black Thursday.
Bitcoin has been rallying since the lows set that fateful day, but the tensions between Chinese President Xi Jinping and US President Donald Trump spiraling out of control is a cause for major concern of another collapse.
RELATED READING | WALL STREET PANICS AS TECH STOCKS RISK SEVERE CORRECTION: IS BITCOIN NEXT?
Both of the major superpower’s economies are struggling due to the impact of the virus. Additional stress due to tariffs, botched trade agreements, and potentially war, could be a crushing blow to each country’s chance at recovery.
While eventually, this may turn back to the accumulation of hard assets like Bitcoin and gold, the two assets are showing signs of their recent gains slowing down.

BTC/USD & S&P500 CHARTS PROVIDED BY PRIMEXBT – A BITCOIN-BASED MARGIN TRADING PLATFORM OFFERING ACCESS TO OVER 50+ ASSETS INCLUDING CRYPTO, FOREX, METALS, OIL, GAS, AND INDICES.
Gold reached a 7-year peak this past month but has since dropped by over $25 a troy ounce. Bitcoin failed to breach $10,000 and is now trading below $9,500.
Both assets are at risk of more downside as US and China issues continue to grow. However, the downside is likely only temporary, as hyperinflation will eventually cause these assets to rise due to their scarce, limited supplies.
Featured image from Shutterstock

A Bitcoin Cash faucet is a site that rewards you with small parts of the coin for completing simple tasks,...