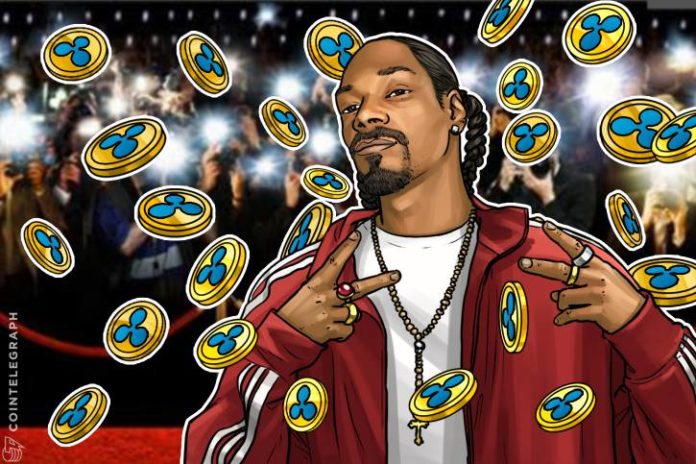 Ripple is hosting a VIP gathering, dubbed “XRP Community Night,” in NYC on May 15, with a performance by Snoop Dog, the company announced Tuesday, April 24.

The event is “invite-only,” but two Twitter contests will run in which participants can vie for ten tickets: “Twitter Trivia” and “Make the Meme,” on April 26 and May 2 respectively.

Ripple says the “special night” is to thank those who are helping the company to develop the XRP Ledger and xRapid platform, as well as all those who are “spreading the good word about Ripple’s many benefits.”

Social media was predictably split between fans and skeptics, but one Twitter user rode the wave with good-natured indifference:

There are concerns, however, about potential investors being lured in by celebrity endorsement. The US Securities and Exchange Commission (SEC) busted a high-profile ICO scam earlier this month, which was backed by boxing champion Floyd Mayweather and DJ Khaled. In November, the SEC raised wider concerns that ICO endorsement by celebrities could in certain cases be illegal.

A week-long vote on a proposal in regards to the Parity hack wallet reversal, which proposed to restore a disabled...