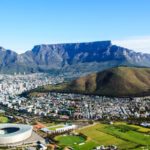 According to the survey done by social media platforms, Wearsocial and Hootsuite, South Africa was named the #1 country in terms of population percentage of cryptocurrency owners. The survey itself only covered percentages and didn’t take into account the actual number of the owners. South Africa took the first place with nearly 11% of its […]