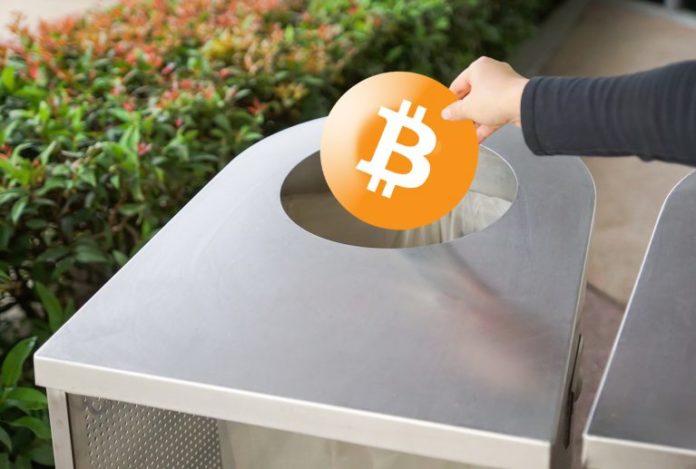 On July 12, South African payment gateway service Payfast announced the company is dropping bitcoin core (BTC) payments due to network congestion and high fees. Payfast emphasized that BTC has a number of limitations and design flaws which makes it an “impractical substitute for cash.”

According to a blog post written by Payfast, one of South Africa’s largest online payment gateways, BTC payments will no longer be processed after July 20, 2019. Payfast is a popular service provider with more than 80,000 registered merchants and was founded in 2007 by Jonathan Smit and Andy Higgins. The company blogpost details that unfortunately the company has found numerous limitations and “design flaws unique to Bitcoin that make it an impractical substitute for cash.” This includes high transaction fees and long confirmation times for Payfast customers. The company explained that it had tried various ways to mitigate the issues at hand, but had found that the underlying problem stems from the root of BTC’s fundamentals.

“The resultant poor user experience has led us to re-evaluate bitcoin as a payment method on our platform and a decision has been taken to discontinue support for bitcoin from midnight 20 July 2019,” Payfast wrote. The company further said that BTC once held the promise of a “global currency that would allow a faster, cheaper, and easier way to move money on the Internet,” but this never came to fruition. “Our aim was to enable that promise for our buyers and merchants, and to support this alternative to traditional payment methods,” Payfast highlighted. The South African company had partnered with the local cryptocurrency exchange Luno to provide an intermediary between a buyer’s BTC wallet and the Payfast service.

@PayFast Bitcoin Cash is the same version of Bitcoin that used to be fast, cheap and reliable. Bitpay supports it.

Payfast remarked that buyers always paid the BTC amount, while sellers would receive a rand payment to their accounts. Luno also “locked the Bitcoin to ZAR exchange rate for a 10 minute window,” similarly to many cryptocurrency invoice solutions. For instance, the Atlanta-based Bitpay’s invoices last 14 minutes. However, if the person’s BTC transaction did not confirm within Luno’s invoice window, the payment was unsuccessful and a refund would be due. The Payfast blog post noted:

As Bitcoin has grown in popularity, it has become increasingly difficult for the network to sufficiently confirm transactions within the 10 minute time limit. Since the network isn’t able to handle the volume of instructions at the speed required, the majority of Bitcoin transactions on the PayFast platform ended up being unsuccessful.

A Tragic Trend of Lost Businesses Making HODL the Only Option

As the news spread across social media, some people said they had expected the announcement, while others were surprised and even a bit salty toward Payfast. Bitcoin ABC developer Amaury Séchet (Deadalnix) said on Twitter that “the tragedy continues — One more payment processor dropping bitcoin.” “Payfast, you might want to consider switching to bitcoin cash instead. You are experiencing exactly why the fork happened,” Séchet added.

However, well known member of the Monero (XMR) community Riccardo Spagni‏ said the blog post was a “Garbage article from Payfast on why they’re removing bitcoin support — Sounds like they have no clue how Bitcoin works.” One person replied to Spagni’s criticism and said that it was not polite to blame and name call Payfast engineers. “If the tech does not meet their needs, they can move to better solutions,” he explained. Payfast’s blog post further sparked a number of BCH supporters to vocalize that there was a solution available right now for Payfast and that the company should try bitcoin cash instead.

“I have made zero payments with BTC in the past 3 years, but dozens with BCH with no issues and paying pennies in fees,” a BCH supporter chimed in after Payfast made the announcement. “If you add BCH you will have my business.”

This isn’t the first time bitcoin core (BTC) payments have been plagued with complaints about high fees and transaction congestion. There have been many well known companies that have dropped BTC support for these very reasons. Back in the summer of 2018 the brothers Patrick and John Collison, the cofounders of Stripe, explained why the company decided to drop BTC.

The Collison brothers questioned the BTC community and told them they faced a fork in the road where architects of the software chose to optimize BTC to be a form of “digital gold or a store of value.” “At the time we made our decision, it was trending towards being a digital store of value,” Patrick told the press. He wished the BTC crowd the best going forward and insisted that “if it starts increasing [in use] again as a payment method, then sure, great, we’ll go back and we’ll add [BTC].”

Many other companies have dropped BTC support over the years almost immediately after BTC transaction fees started to spike infeasibly and became unpredictable. Businesses such as Expedia, Dell Computers, Steam Games, Reddit, Fiverr, and Paypal stopped supporting BTC. Moreover, many startups that were once looking to use BTC in applications also ditched the cryptocurrency network for alternative blockchains with cheaper transaction fees. Payfast eliminating BTC was also big news on Reddit forums and many crypto supporters sarcastically called the company’s move a “big win for BTC maximalists.” One Reddit user chortled:

Thank god all these wasteful use cases are being eliminated so that HODL is the only option for people which will ensure that moon lambos are handed out to all the Bitcoin Maxis by next halvening.

What do you think about Payfast dropping BTC support because of network congestion and high transaction fees? Let us know what you think about this subject in the comments section below.

Financial regulators globally are expressing their misgivings regarding the effect that social media giant Facebook’s cryptocurrency Libra will have on...