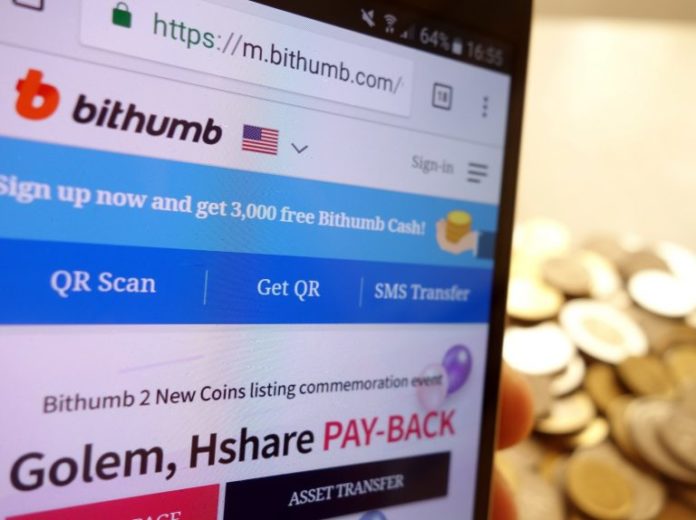 The National Tax Service of South Korea (NTS) has decided to withhold income tax from Bithumb’s foreign customers. The total tax to be imposed on their transactions amounts to more than 80 billion won (over $69 million), the leading Korean cryptocurrency exchange announced.

Bithumb to Challenge the Move Which Lacks Legal Grounds

In what has been described by Korean media as the first such attempt by the government in Seoul, the NTS is preparing to withhold the tax even before the country’s legislation has been amended to allow for the taxation of cryptocurrencies. The new provisions are expected to be adopted next year. Quoted by the Korea Joongang Daily, a notice published Friday through the Financial Supervisory Service’s system by Bithumb’s largest shareholder, Vident, detailed:

We confirmed that the NTS will impose 80.3 billion won of withholding tax on our foreign clients.

No specific taxation standards for crypto assets are in place at the moment, the outlet noted in its report. The Ministry of Strategy and Finance announced earlier this month that the 2020 tax law reform will introduce taxation for incomes and profits from cryptocurrency transactions. Industry sources say the Bithumb case is just the first step which reveals that the government will make good on its intentions.

Bithumb’s foreign clients have become the first to be targeted. But it’s actually the exchange that’s supposed to withhold and deposit the tax to the treasury. However, Bithumb is planning to take legal action against the tax claim, Vident clarified in its announcement. That means the payment may eventually be different from the stated amount.

Speaking to the newspaper, Professor Kim Woo-cheol from the University of Seoul remarked that when there’s income, there’s tax as well. He added, however, that the current situation can be described as a “tax bomb” for the digital asset trading platform. “Bithumb can pay 80.3 billion won and afterward collect the amount from its foreign clients, but practically that’s impossible,” the academic elaborated.

According to other tax experts quoted by the publication, the NTS has based its figure on the amounts withdrawn by foreign users from Bithumb accounts. Their earnings from trading on the exchange have been categorized as ‘miscellaneous income,’ which is subject to a tax rate of 22%. In this case, withdrawals from the platform have been estimated by the government at over 401 billion won, or around $347 million.

Miscellaneous income is one of the possible interpretations of revenues generated in cryptocurrency trading, with the other one being capital gains such as those from the sale of real estate or stock. The chosen category refers to irregular income and tax is collected once a year, while the capital gains tax should be reported paid for each deal. Such a scenario would’ve meant that Korean exchanges would have been required to report every trading record which is impractical and complicates oversight. Besides this questionable approach, other issues stand in the way of taxation too. Before December 2017, foreigners were free to trade on Korean exchanges but many transactions were conducted under fake names or by anonymous traders, including local residents. Establishing who’s behind a certain trade and the size of their profits would be extremely difficult for trading platforms, if at all possible.

A legal challenge against the tax agency’s decision is very likely to succeed also because the move is not based on any law. Under the current Korean legislation, the state cannot impose taxes on incomes that are no specifically defined in the country’s tax code. Besides, a question that still hangs in the air is whether Seoul views decentralized cryptos as currencies or some kind of assets.

What do you think about South Korea’s decision to withhold tax from Bithumb’s foreign customers? Share your opinion on the subject in the comments section below.

Disclaimer: This article is for informational purposes only. It is not an offer or solicitation of an offer to buy or sell, or a recommendation, endorsement, or sponsorship of any third party products, services, or companies. Bitcoin.com does not provide investment, tax, legal, or accounting advice. Neither the company nor the author is responsible, directly or indirectly, for any damage or loss caused or alleged to be caused by or in connection with the use of or reliance on any content, goods or services mentioned in this article.