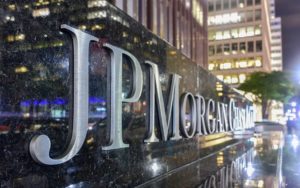 The US’ largest bank has signed the first lender from cryptocurrency-friendly Singapore to its Blockchain payments platform.

In a press release on September 19, JPMorgan Chase confirmed more than 300 banks were now involved in the Interbank Information Network (IIN).

These now include Oversea-Chinese Banking Corporation (OCBC), the second largest bank in Southeast Asia by assets.

IIN revolves around Quorum, which is based on the Ethereum Blockchain. Quorum is JPMorgan’s answer to digital currency innovation in the cross-border payments space. It vies with offerings such as Ripple for banking sector custom.

In total, the project now features 343 banks, of which the 80 Japanese institutions make up the largest proportion from a single country.

John Hunter, Global Head of Clearing for JPMorgan commented in the press release,

The intent with IIN was always to develop a meaningful ecosystem of bank users, all focused on harnessing emerging technologies such as blockchain to better address the complex cross border payments industry… In just one year, we’ve seen IIN scale as well as expand in terms of role and capabilities – and we are excited at the growth to come.

Competition among banking giants regarding cryptocurrency continues to heat up in 2019. As Bitcoinist reported, just this week fellow lender Wells Fargo announced its own stablecoin for cross-border transfers.

Dubbed Wells Fargo Digital Cash, the offering will compete with JPMorgan’s own JPM Coin which it unveiled earlier this year.

At the same time, both banks remain hostile to decentralized cryptocurrencies such as Bitcoin 00. Wells Fargo hit the headlines in July when it emerged executives were officially barring customers from conducting transactions associated with crypto.

“J.P. Morgan is exploring new applications that can be deployed across the network as well as empowering IIN participant banks to be part of a developer ecosystem in which they can develop their own solutions for possible use across the network,” the press release continues.

The expansion comes amid testing times for the bank elsewhere. A fresh scandal involves allegations from US lawmakers that traders on its precious metals desk indulged in price fixing over a period of eight years.

A formal investigation and lawsuit into the parties involved is ongoing, Bitcoinist reported.

What do you think about JPMorgan’s Blockchain plans? Let us know in the comments below!