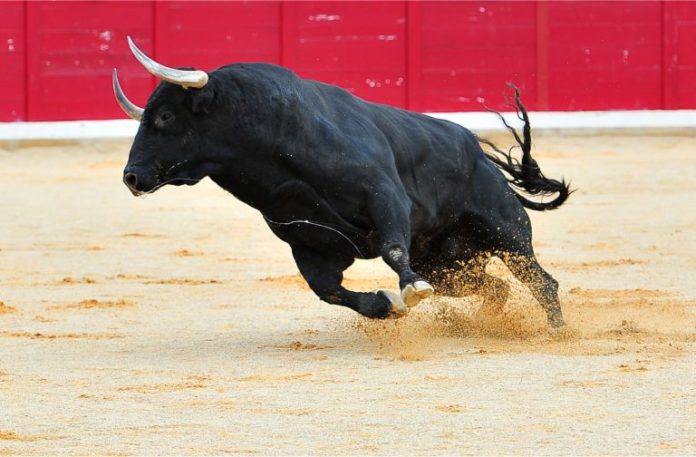 Crypto’s most recent bull run began last Friday, October 25, after a significant plunge in prices just days earlier that had some prognosticators worried about a return to late 2018 and early 2019’s bleak crypto winter. Since the recent spike, prices have held relatively steady, suggesting this rally is not just a flash in the pan. That being the case, a look at bull runs of times past and what this could mean for the market today is in order.

What Goes Down Must Bounce Back Up, Right?

With BTC plummeting almost $1,000 from October 22-24, some crypto sages were poised on their soapboxes in the Twitter town square ready to announce the coming cryptocalypse. As seen recently though, prices have reinvigorated with gusto and stabilized around the market as a whole. 2017’s November and December mega rally was preceded by a rapid plunge in prices across the market in mere days as well, prompting some to view current conditions as a consolidation signal similar to those times.

There is no shortage of theories and speculation as to where things may go next, or why the dynamic moves of last week occurred. Bitcoin core prices spiked over $2,500 from around $7,300 to the $10,000 mark in a matter of a couple days, and other top market cap cryptocurrencies experienced significant positive moves as well, and remain strong.

Past Bull Markets – Similarities and Differences

As zealous as those in the crypto game might be to call each and every bullish signal the beginning of hyperbitcoinization and each slight dip a shocking death knell, the markets tell a more stable and sensible story from a macro perspective. Prices and percentages of market capitalization of leading cryptos understandably follow more gradual contours, long-term. The diversity of leading assets at the very top broadens where capitalization is concerned, while the market as a whole narrows and becomes more focused on select assets.

If 2017’s skyrocket into green was a crypto-wide gamble taking everyone along for the exhilarating ride, recent spikes have been a more seasoned bet, leaving legions of washed up altcoins out to dry. As far as speculated causes for the most recent bull trend goes, there are a few favored explanations – and many being shot down with equal conviction.

BTW China‘s leadership is anti-privacy,pro-surveillance&pro-control.Stop pretending Xi‘s speech (where #blockchain was a placeholder for any hip tech) said “we like #bitcoin“.It insults even #CT‘s intelligence.Reason for pump was Bearish positioning& #tether printing air-money 😉

This most recent rally could have been inspired by a tether printing spree, Chinese government endorsement of blockchain, Bakkt’s growing futures market, worldwide economic calamity or any other number and combination of factors.

Similarities across bullish trends have luminaries, experts and economists attempting to draw sound connections. For example, Bitcoin’s April 2018 rally was attributed to institutional interest and “flights to decorrelation” by experts, bearing similarity to current speculation and prediction centering around global economic turmoil and the bitcoin futures market. Last spring and summer saw bitcoin core jumping back to $10,000 in June, signaling a bull market that was attributed by many, once again, to a combination of tech industry hubbub such as Facebook’s groundbreaking Libra announcement, government economic policies and futures markets.

Those gains in stock markets will spill over to crypto soon… Told ours guys to scale up system capacity, waiting.

Also of interest to speculators is a breakaway gap on the Chicago Mercantile Exchange’s (CME) futures chart following last week’s spike. Trader @TheCryptomist predicted the gap would be filled before BTC heads back upwards toward $12,000. As far as price performance in the context of the most recent rally goes, barchart.com paints a picture of the last five days, with NEO, BCH and BTC leading the pack. NEO has seen a near 50% gain in price, BCH over 16% and BTC 14% at press time.

If the crypto market tells us anything, it’s that no prediction or position is sacred, no matter how vaunted the status of the speaker, or how statistically sound the forecast may seem to be. Crypto speculation is always open to being dashed to smithereens against the unforgiving rocks of market reality. Still, when zoomed out far enough, even volatility can take on a calmer appearance. Steady growth and sustained interest in the crypto space is a constant narrative for now.

What are your thoughts on the recent crypto market moves? Let us know in the comments section below.

The post Speculation Abounds Over the Cause of Bitcoin’s Recent Rally appeared first on Bitcoin News.