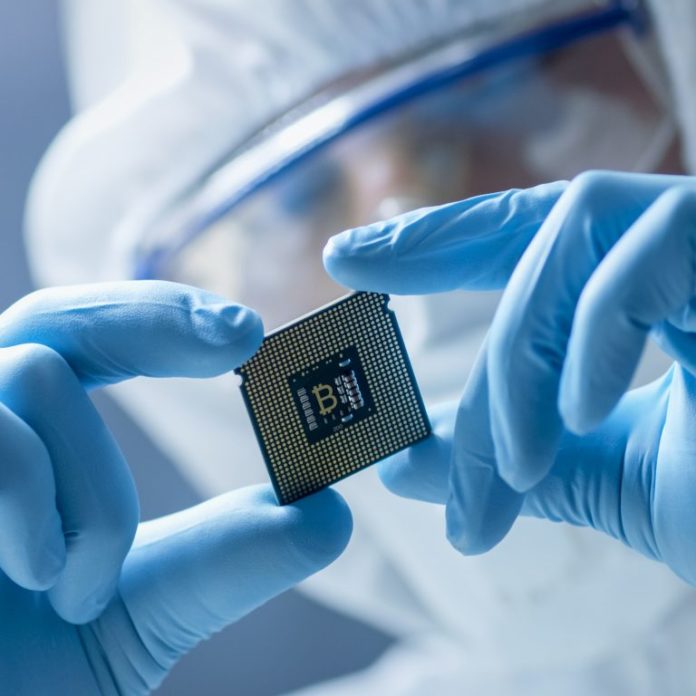 This week the firm Squire Mining, a company that plans to offer next-generation 10nm ASIC chips, has revealed it is working with Samsung Electronics as its foundry partner. With help from Samsung’s foundry, Squire, and a company called Gaonchips, plan to complete its ASIC chip FPGA prototype by September 30, 2018.

On Tuesday the company Squire Mining Ltd., (CSE: SQR), has announced the business partnered with two leading firms from Southeast Asia, Gaonchips and Samsung Electronics. According to the Canada-based Squire, the collaboration will focus on producing next-generation 10nm ASIC chips for bitcoin mining. Gaonchips will be used for Squire’s semiconductor design house and Samsung will manufacture the ASIC chips in Korea.

Squire explains during the firm’s partnership announcement on September 25 stating:

Our front-end development team of engineers and programmers is currently working with Gaonchips to develop the company’s initial ASIC chip to mine Bitcoin Cash, Bitcoin, and other associated cryptocurrencies using a wafer process technology that, once confirmed and accepted as meeting certain prescribed specifications and criteria, will form the basis of an initial mass production test run of the ASIC chip by Samsung Electronics. Squire has been making a lot of moves within the cryptocurrency industry lately. Back in August Squire closed its non-brokered private placement equity financing of $25,500,000 CAD ($19.5 million USD). During the same week in August, the blockchain company and mining pool Coingeek revealed it was partnering with Squire. Coingeek explained that it would be using Squire’s 10nm chips but would be allowed to use the Coingeek brand. Coingeek explained it would be “granted the exclusive right to market, promote, solicit, sell and distribute Squire’s new ASIC chips and mining rigs” for bitcoin cash (BCH) mining.

Samsung has been quietly entering the ASIC mining industry with stealth in 2018. It seems Samsung has also allegedly made chips for a few other mining manufacturers this year for mining rig producers like Innosilicon. Halong Miners claimed to use Samsung 10nm chips this year, but the firm has been accused of being a mock-up company who quickly sold a batch of rebranded Innosilicon miners. Still, the Innosilicon T2 and T2 Turbos do have Samsung 10nm chip technology. Furthermore, we reported that Samsung and TSMC would be the lone manufacturers this year because Globalfoundries has canceled the firm’s next-generation 7nm semiconductor production.

Samsung and TSMC have stated record earnings in 2018 have been attributed to ASIC semiconductor manufacturing. Further, a slew of new mining rigs have been announced over the past few weeks like Ebang’s E-11 series with 10nm chips. However, Ebang, Canaan, and a few other manufacturers using 10nm technology have not revealed which foundry their new 10nm architecture derives from. Earlier this week a Bitmain representative told news.Bitcoin.com that the new BM1391 ASIC 7nm chip stemmed from TSMC foundry.

In recent regulatory news, a report published by Diar has found that U.S. government agencies have paid approximately $5.7 million...