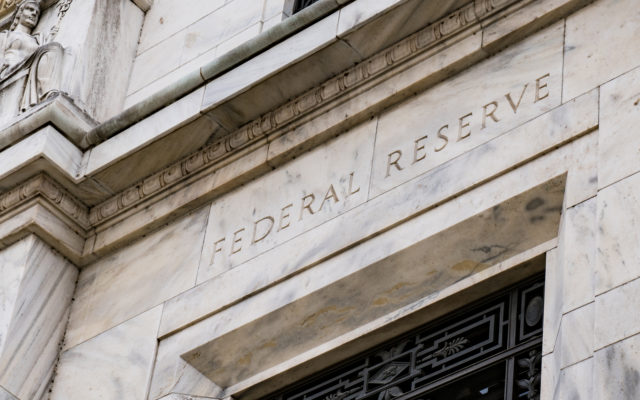 The Federal Reserve Bank of St Louis has published an examination of the long-term prospects for bitcoin price. It considers both the bullish and bearish cases of ‘moon’ and ‘doom’, and unsurprisingly comes down somewhere between the two.

The naysayers believe that the price of bitcoin 00 will ultimately fall to zero. They argue that with nothing backing the currency, it is fundamentally without value. For them, it is just a case of waiting until the market realizes this.

The St Louis Fed, however, argues that an asset can clearly trade above its fundamental value, without that value ever being zero. Both gold and the US Dollar, for example, trade at above their fundamental value, for industrial applications or discharging tax obligations.

These assets trade at a premium to reflect their value as exchange media, but even without this premium, their value would not be zero.

The report suggests that Bitcoin is essentially a database management system, offering money storage and transfer. The fundamental value comes from its properties of being permissionless and decentralized, which gives it demand. It is the removal of these two properties which causes the lack of demand for a ‘FedCoin’.

As long as there are people who value these features then the lower boundary on price will always be above zero. And as long as Bitcoin exists and has a non-zero value, other people are free to also use it. This is similar in concept to Nassim Taleb’s “dominance of the stubborn minority.”

The fundamental demand for Bitcoin derives from the fact that there are at least some people who value [decentralization and permissionlessness] features. This fundamental demand provides a non-zero lower bound on the price of Bitcoin.

The long term bullish case for Bitcoin revolves around ever-increasing price due to limited supply and growing demand.

The problem with this, says the report, is that we must also consider altcoins, which are essentially unlimited. For a bullish outcome, Bitcoin should appreciate relative to other cryptocurrencies, so that its share of the crypto market cap remains roughly constant.

The St Louis Fed gives an example considering $5 and $10 bills, whereby an increase in supply of one decreases the value of both. But these bills have a fixed rate of exchange, which is not true for different cryptocurrencies.

So this potential issue arises if investors mentally group cryptocurrencies together, in which case the increasing supply of altcoins could depress prices across the entire market.

The report concludes by saying that:

Although the price of bitcoin is unlikely to fall to zero while there are people who desire its qualities as a money storage and transfer system, it could face continuing downward pressure from an increasing supply of altcoins.

Do you agree with the St Louis Federal Reserve? Can Bitcoin’s value ever go to zero? Share your thoughts below!

The post St Louis Fed Explains Why Bitcoin Price ‘Not Likely to Fall to Zero’ appeared first on Bitcoinist.com.