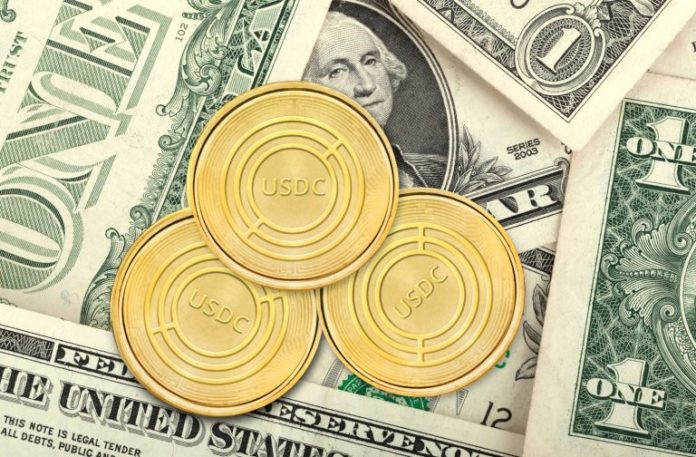 A new weekly record was set last week in global corporate bond sales, with investors grabbing hold of around $140 billion in new bonds according to data from Dealogic. This occurs against a backdrop of negative yielding debt, and the meteoric rise in popularity of stablecoins and exchange-native tokens across the crypto space. The near ubiquitous presence of coins like USDT on major exchanges, and the still nascent wave of exchange tokens like Binance’s BNB, signal a new era of cryptocurrency trading and investment. What remains unclear, however, is what separates these coins from traditional, legacy systems of investment such as their corporate bond cousins, and what all the hubbub is really about.

Corporate bonds are a debt security a lot like government bonds, but with generally higher interest rates due to higher risk. An investor buys a corporate bond, receives regular interest payments until the bond matures, and at that time can claim the face value of the agreement. In short, it’s another way of financing debt, bonding the corporation to voluntary debt holders until bond maturity, when the par value must be paid to the investor.

Last week’s record investment spree in companies like Apple, Disney, and Coca-Cola is notable because companies are refinancing debt thanks to a surge in investment brought on by dismal corporate yields elsewhere, especially Japan and Europe. This is the first time Apple has borrowed through the bond market since 2017. In essence, they’re riding the waves created by sinking debt ships overseas. The situation with government bonds in many countries is also extremely bleak, with record negative yields being hit in some European countries.

Should a business fall flat on its face and default, bondholders are left holding the debt temporarily, or may take a hit if the company files bankruptcy and issues newer, less valuable bonds to pay back the bag holders. Further, if the economies where these negative yielding fixed income instruments are issued recover, investors in the current low interest market could take a big hit.

Stablecoins are designed to bring an element of security to cryptocurrency. They can be backed with fiat currencies, commodities, or other crypto tokens. The name itself says it all. Where other assets like bitcoin, ether, and monero experience significant volatility, these assets remain relatively stable as they are pegged to less tempestuous currencies or commodities. Coinbase’s USDC (U.S. Dollar Coin) is a model example. According to Coinbase:

Our mission is to build an open financial system for the world. As part of this mission, we want everyone to enjoy the stability of the world’s fiat currency, the US dollar. USD Coin allows unbanked and under-banked individuals in any country to hold a US dollar–backed asset with nothing more than a mobile phone.

Exchange tokens, on the other hand, are assets created by exchanges which afford their holders some exclusive in-house benefits. In the case of Binance’s BNB Coin, whose ICO helped to finance the creation of the Binance exchange itself, users get discounts when they use BNB to pay fees and can trade the token for other assets on the exchange. There are also buy back programs set up to occur periodically at which times holders can sell the coins back to Binance. Supply will be limited to 100 million BNB after buybacks and burning are complete.

So What’s the Difference?

Like corporate bonds, both stablecoins and exchange coins have a value dependent on the success of some external entity or asset. For example, should Binance run into major trouble, and become insolvent, the value of BNB will suffer right along with the company. Should the U.S. dollar plunge farther and farther into inflated devaluation, a USDC peg to the currency won’t provide as much security. For those paying attention to the global economy, these scenarios are not difficult to imagine. With non-pegged, non-exchange assets like bitcoin, there is volatility. However, this volatility is more loosely correlated with external deterministic factor than these others. In this sense, a free market setting is ideal for something like bitcoin, as liquidity and supply and demand factors find their balance in such an environment not via mandate, but through organic transaction.

In an open market setting, tying an emergent asset to a pre-established asset might be foolish, as it could weigh down the potential for the new asset to develop, grow, and unfold as a useful, sound currency. Under the current monopolistic paradigm, however, where force is leveraged to ensure fiat such as the USD is used exclusively as a world reserve currency, stablecoins and pegged assets remain secure, resting on that very same artificial monopoly. In a nutshell, most stablecoins, exchange tokens and corporate bonds are tied to the devaluation trajectory of the world reserve currency, the U.S. dollar. Returning to the above quoted statement from Coinbase’s USDC webpage, marketing stablecoins and exchange tokens as means by which to allow “unbanked and under-banked individuals in any country to hold a US dollar–backed asset with nothing more than a mobile phone” seems more than a bit deceptive.

For example, if an impoverished and unbanked family in India wishes to gain access to this “open financial system for the world” they may have to come up with “certain personal information including, but not limited to, your name, address, telephone number, email address, date of birth, taxpayer identification number, government identification number, information regarding your bank account … network status, customer type, customer role, billing type, mobile device identifiers,” as per the Coinbase’s user agreement. The unbanked are somehow assumed have TINs, home addresses, government IDs and, yes, even bank accounts.

Further, although stablecoins like USDT are said to be backed by fiat reserves, there has been serious controversy calling these claims into question. Tether was put in the hot seat after the website was discovered silently replacing “Every tether is always backed 1-to-1 by traditional currency held in our reserves … 1 USDT is always equivalent to 1 USD,” with the claim that the reserves now consist of “traditional currency and cash equivalents and … other assets and receivables from loans made by Tether to third parties.” When asked last week about this, co-founder William Quigley told Bloomberg:

Whether or not Tether was backed by a dollar or not, actually wouldn’t matter if everybody agreed to take Tether and to value it at a dollar themselves.

If it doesn’t matter whether a dollar-backed stablecoin is backed by a dollar, one is left to wonder about the purpose of even calling it a stablecoin. Some companies issuing corporate bonds have historically made similar questionable claims, and promises with fingers crossed. As with investors in these bad bonds, users of stablecoins and exchange tokens must put their faith in the company’s success and track record, and not in the currency or protocol alone. In any successful economy, tools like debt securities, pegged assets, and native rewards systems or in-house currencies can serve useful functions for business owners and value holders alike. Much like the SLP universe being built on the BCH blockchain currently, specialized financial tools give their holders unique flexibility and opportunities in moving throughout the ecosystem of their specific economy.

An oversight being made in the crypto space today, however, is to compare things like fiat-pegged stablecoins and exchange tokens in an apples to apples fashion with non-pegged, free market assets like bitcoin. While the USD reserve paradigm affects all markets, the critical difference between non-pegged, permissionless assets and corporate bonds, fiat stablecoins, and exchange-native tokens, is that ultimately the latter three are tied to businesses and pre-existing financial paradigms, where the former are their own entity, free to move and grow even in the absence of legacy banking systems, or a sudden corporate default.

What are your thoughts on the difference between stablecoins/exchange coins and corporate bonds? Let us know in the comments section below.

The post Stablecoins and Exchange Coins – What’s the Difference From the Ol’ Corporate Bond? appeared first on Bitcoin News.