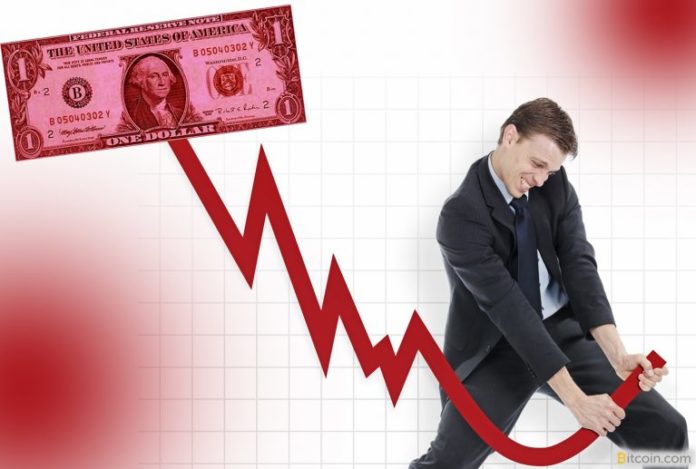 Stablecoins May Live in the Land of Securities

Over the last two years, stablecoins have become an extremely hot topic while becoming popular vehicles for hedging against the volatility tied to cryptocurrency markets. Tether (USDT) has been king of the stablecoins for a while, and recently made headlines for a revision to the company’s website. The change caused uproar within the cryptocurrency community because instead of confirming that each Tether is backed by one USD, the terms were substantially revised.

“Every tether is always 100 percent backed by our reserves, which include traditional currency and cash equivalents and, from time to time, may include other assets and receivables from loans made by Tether to third parties, which may include affiliated entities,” the website now reads.

Following Tether’s recent website update, on March 15, SEC senior advisor Valerie Szczepanik explained that due to the inherent nature of stablecoins, the tokens could “raise issues under securities laws.” Szczepanik explained that stablecoins are broken down into categories which include tethering the tokens to “some real asset, like real estate or gold and oil — Coins tied to a fiat currency held in reserve, and a third category that could become problematic under the law.” The SEC advisor added while on stage at SXSW: “I’ve seen stablecoins that purport to control price through some kind of pricing mechanism, whether it’s tied to the issuance, creation or redemption of another type of digital asset tied to it, or whether it is controlled through supply and demand in some way to keep the price within a certain band.”

It’s these kinds of projects where there is one central party controlling the price fluctuation over time that might be getting into the land of securities.

The recent statements from the SEC senior advisor and chairman Jay Clayton’s statements last week could mean that stablecoins fall into the security category. Stablecoins, no matter whether they are backed by reserves held in a bank, or use the over-collateralization method favored by the Maker network, are essentially promises. Skeptics take issue with claimed tether (USDT) reserves because they believe the company has failed to prove its backing. Tether’s recent website change provoked popular finance author Frances Coppola to write: “Tether’s U.S. dollar peg is no longer credible,” in a seething critique.

Perhaps crypto enthusiasts should read up on the fate of Reserve Primary Fund in 2008. Or perhaps Venezuela — After all, an exchange rate peg only holds until the reserves run out.

Other stablecoins are based on promises as well and some have the stamp of U.S. regulators in order to make the pledge more robust. Trusttoken (TUSD) has tried to tackle transparency by allowing TUSD owners a “real-time view” of the company’s reserves. According to the Trusttoken team, accounting firm Armanino has developed a platform that allows users to verify the TUSD dollar collateral. Dai has over-collateralization, so there’s some safety net there, but critics believe that if the price of ethereum (ETH) plummeted in a flash, the stablecoin would have issues unless the team sold the collateral quickly.

A flash drop in overall fiat value within the cryptoconomy really puts a strain on stablecoins and when bitcoin and a few other digital assets dropped significantly in value last October this was quite noticeable. The belief that stablecoins can hold their stability would truly be put to the test if there was a flash crash throughout the crypto markets. Just like their fiat cousins, all stablecoins are only as good as their promises and a flash crash and severe lack of liquidity could ultimately wreak havoc on digital promissory notes. On October 15, when the cryptoconomy shuddered with another price crash, tether (USDT) dipped below the $1 mark. However, despite concerns over coins like tether, Szczepanik asserted at SXSW that “algorithmic stablecoins” raise the most issues because there is a lack of any real collateral.

“You’re talking about folks who are buying into that ecosystem, or are buying this coin, with the expectation that somebody else is going to be holding a profit, or guaranteeing a profit or holding the price at a certain level. Again, that could raise issues under securities laws.”

Stablecoins Face a Future That Falls Under Securities Laws

At the moment, stablecoins face some significant hurdles and two major issues. One is the promise to hold to constant stability and liquidity especially during a big market crash. The other issue is whether stablecoins, whose legal status is currently being questioned, will pass the scrutiny of regulators. Stablecoin startup Basis knows these dangers only too well as the company was forced to close operations in December due to fears its product would be deemed a security.

“Folks like to put labels on things, but we’ll always look behind the label to see exactly what’s happening,” Szczepanik said. “So you can call it a utility coin, call it a stablecoin, call it a consumptive coin or some other coin — We’re [SEC] going to look at the characteristics.”

Disclaimer: This article is for informational purposes only. Bitcoin.com does not endorse or support any stablecoin and its affiliated companies. Readers should do their own due diligence before taking any actions related to the mentioned companies, creators, associates, or any of its affiliates or services. Bitcoin.com and the author are not responsible, directly or indirectly, for any damage or loss caused or alleged to be caused by or in connection with the use of or reliance on any content, goods or services mentioned in this article.

The post Stablecoins Are Threatened by These Two Major Issues appeared first on Bitcoin News.