The cryptocurrency markets are characterized by volatility. According to 99Bitcoin’s collection of “Bitcoin Obituaries”, Bitcoin has “died” 315 times (and counting.) Investing in Bitcoin is an emotional and financial rollercoaster–you never know when you’ll be rewarded or when you’ll be burned.

Some argue that stablecoins were created as a sort of “antidote” to this volatility. A stablecoin is as its name suggests–a kind of cryptocurrency that has been designed to maintain a fixed value. In most cases, a stablecoin is “pegged” (collateralized) on a one-to-one ratio with a national currency–most commonly, USD or EUR.

In a way, stablecoins are the ultimate “digital cash.” Because of its fluctuating value, many argue against Bitcoin as a method of everyday payment–the carton of milk that might cost the equivalent of $1.99 in BTC could cost the equivalent of $5.99 the next day. Not so with stablecoins–in terms of valuation, the milk would cost the same from one day to the next. This protects both merchants and consumers.

Collaboration will be essential to the future of the #stablecoin industry. Check out what key stakeholders think in our #infographic based on data from a recent @StableReport survey. pic.twitter.com/38pRfQ3Axh

Thus, stablecoins are becoming increasingly popular–a number of countries have even flirted with the idea of creating national stablecoin cryptocurrencies. Additionally, a growing number of private companies have created and issued their own stablecoins, each designed with its own set of use cases and customer bases in mind.

What kinds of stablecoins have appeared onto the global scene? What purpose do they serve, and how has the influx of stablecoins affected the cryptocurrency ecosystem?

The Evolution of Stablecoins

“We have witnessed three types of stablecoins evolve over the past few years,” said Ido Sadeh Man, Founder & Foundation Council President at Saga Foundation, to Finance Magnates. Saga is a foundation headquartered in Switzerland. It is developing the first fully transparent and non-anonymous reserve-backed digital currency (SGA), and is expected to launch its token at the end of 2018. 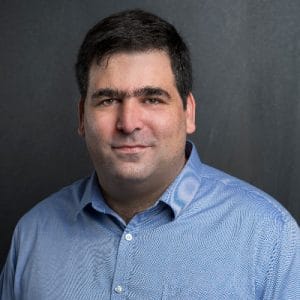 The first kind of stablecoin to emerge onto the scene was what’s since been referred to as a ‘crypto-collateralized’ coin. This means that the currency is collateralized against another kind of crypto asset. ‘BitUSD’ was introduced by Dan Larimer’s ‘BitShares’ all the way back in July of 2014. To maintain a stable value, each BitUSD is collateralized with $2 in BTS. BTS is Bitshares’ native cryptocurrency.

However, Man explained that this model is “a problem on its own, because crypto assets are extremely volatile so the whole purpose of stability is jeopardized.”

It’s perhaps for this reason that BitUSD and other crypto-collateralized stablecoins have been outpaced by stablecoins that have a direct peg to a fiat currency (is USD.) Indeed, “if one wants to be stable against another currency, one should hold a 1:1 reserve ratio on that currency, namely a full peg,” Man explained.

#Stablecoin marketplace is getting crowded. Indicates impending stability in the #cryptocurrency world. https://t.co/sqZrZXcjfY

”If One Wants to Be Stable Against a Wall, One Should Hold the Wall”

Indeed, this seems to be the most common kind of stablecoin. Companies like Tether and TrustToken have launched stablecoins that are fully backed 1:1 with the USD and EUR (although quite a few questions have been raised in relation to Tether’s actual bank balance.)

From his perspective, Man believes these directly-pegged stablecoins to be “the most sustainable option.”

“If one wants to be stable against the wall, one should hold the wall,” he said.

However, “this solution is facing several challenges, especially for crypto-maximalists. The first one is that such a structure requires a central entity, since someone has to hold the reserves. Not only that, but the banks who hold these reserves need to know the source of funds, from an AML perspective.”

Thus, after the formation of both crypto-collateralized and directly-pegged stablecoins, a third method of value stabilization was conceptualized. “The third step was thus trying to adopt methods that are used by existing central banks, that are very mature and enjoy a critical mass of trust, namely stabilization by means of controlling the supply of money alone,” Man said. “This is a very effective tool to deal with small fluctuations of trust, but what we are witnessing in the crypto market is a tremendous fluctuation of trust.”

“I think it’s clear which of these three has the highest chance of keeping me stable,” he said.

How are Stablecoins Used in a Practical Matter?

What functions do these stablecoins perform, and how are those functions evolving?

“Stablecoins can address address the immediate needs of crypto exchanges, crypto traders, and financial companies,” the founders of TrustToken said in an email to Finance Magnates. TrustToken is a platform to create asset-backed tokens that you can easily buy and sell around the world, and the creator of the TrueUSD stablecoin.

For crypto traders and exchanges, TrustToken’s founders explained that “cryptocurrency traders want a trustworthy stablecoin to hedge against volatility, and enter crypto markets without immediate exposure to BTC/ETH,” the said. Indeed, some crypto traders rely on stablecoins as a method of protecting the value of their currency when they are offline.

“We do believe this #stablecoin, as an entity, is critical for our ecosystem right now because it offers an alternative for investors to park their assets in something they can relate to.” https://t.co/WWbHLR3Pcs

In mainstream commerce, the founders said that “everyday people and businesses can enjoy the benefits of digital currencies (faster transaction speed than ACH, global reach) without the volatility of Bitcoin,” adding that, for example, salaries could be paid and groceries bought with stablecoins.

They founders of Trusttoken also said that stablecoins may play a particularly important role in the economies of developing countries: “some developing markets are increasingly reliant on cryptocurrencies for trade.” Additionally, in terms of financial institutions, some “traditional financial companies see USD-backed stablecoins as a safe on-ramp from fiat to cryptocurrencies.”

On the Gloal Stage, Stablecoins Play a Minor Role

But exactly how significant is the role of these stablecoins? While their popularity is certainly growing, are they having any sort of transformative effect on global financial systems?

Man doesn’t think so. “Let’s be humble and acknowledge that the accumulated market cap of all stablecoins to-date is not making any difference on the global economy whatsoever,” he said.

“When we come to analyze the role of stablecoins, we can therefore only speak of the potential influence, or of their utility, and not of their role. The short answer is that they have an extremely marginal role at best.”

However, Man does believe that blockchain’s capability to tokenize assets like the dollar or the euro are of “great potential influence on the developers of financial solutions over the blockchain.”

Still, it’s important to remember that “the tokenization of the dollar cannot replace the dollar. The dollar is the dollar because of the monetary mechanism behind it, because the Federal Reserve is responsible for applying and devising this monetary policy…. If we take the dollar as an example, the question of whether it will become a token does not make it any less Fiat than the fact that it is on a paper bill.” Man added that he doesn’t think that governments will be decentralizing their national currencies anytime in the foreseeable future.

He also thinks it’s unlikely that a non-sovereign currency like Bitcoin has any kind of viable chance at replacing a sovereign currency, like the USD. “I think that if Blockchain currencies bear a promise in this regard, it’s the promise of diversification and complement rather than the aim of replacing existing currencies.”

Man believes that indeed, each of these kinds of currencies will have its own role in the future. think that nation states will continue to be able to react better – from a monetary policy perspective – to a changing national economy than any other non-sovereign currency. However, non-sovereign currencies are much more likely to handle a changing global economy better than any other national currency.”