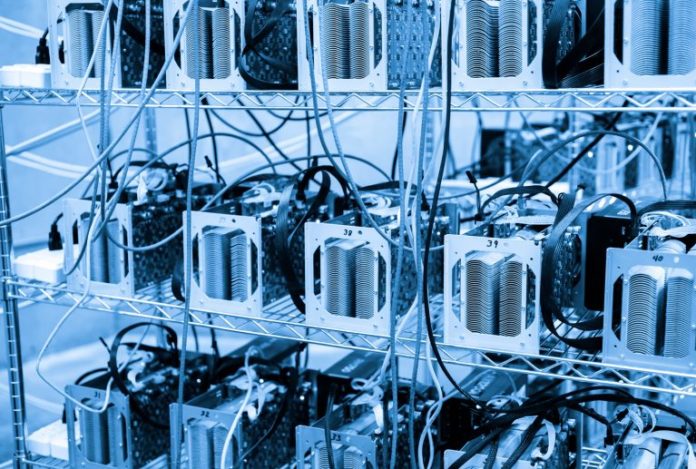 In roughly 17 days, the Bitcoin Cash network will upgrade by adding two new features to the protocol. Meanwhile, prior to the forthcoming changes, a large percentage of the BCH hashrate is being processed by unknown miners. Crypto proponents have been very focused on the hashrate and BCH pool distribution as speculators believe a few stealth miners have been gaming the difficulty adjustment algorithm (DAA).

Theories of Unknown Miners and Gaming the DAA

Every six months the BCH chain upgrades in order to continue scaling the network. On November 15, the BCH network will see two new features added that aim to bolster the Bitcoin Cash roadmap. Engineers have disclosed that the upgrade will finalize the BIP62 malleability vector by enforcing Minimaldata in script and it will also implement Schnorr support for OP_Checkmultisig. While node operators upgrade their full nodes and participants prepare for the upcoming changes, there’s been some oddities taking place with the BCH hashrate. On October 25, observers noticed unknown miners had captured a lot of blocks in a two-day span. One particular block had a three-hour gap and speculators started assuming that large BTC or BSV miners had been gaming the difficulty adjustment algorithm (DAA). One theory says that large pools have been jumping back and forth from one network to another, moving large percentages of hashpower periodically. The assumption is that some nefarious pools have been trying to push ideological BCH miners out of the equation.

However, some individuals believe the three-hour gap was perfectly normal as the 14% change in difficulty at that point in time was quite massive. One person wrote a blog post explaining why they thought the BCH attack theories have been significantly hyped. “There is nothing in the current data that even remotely resembles a 50% attack — The hashrate rose barely by 10%,” the author wrote. “The 3-hour gap was most likely caused by a large (around 10% of the total hashrate) miner leaving the network — In the period after that we had 149 blocks in 22 hours, which works out to 6.7 per hour with a target of 6,” the blog post highlighted. The individual added:

This is pretty normal, a change in the difficulty of this magnitude is bound to cause oscillations of over and under adjustments. As I’m writing this, the hashrate is rising again by about 10%, this can easily be explained by people switching on their miners in response to those events.

In fact, looking at the data site Fork.lol shows there wasn’t that much variance over the last week, despite the significant difficulty change which caused the lengthy three-hour interval. The BCH hashrate has been between 2-3 exahash per second (EH/s) and BTC’s hashrate has been between 80-105 EH/s. The daily BCH hashrate by mining pool has been increasing slightly since the first week of October. It is also between 1-4% more profitable to mine on the Bitcoin Cash blockchain at the time of writing.

Coin Dance statistics also show that the unknown miners have captured 49% over the course of seven days and 44% for today’s hashrate distribution data. There are those that believe the stealth miners could be about 2-4 pools because there are different coinbase addresses used for blocks found by unknown miners. Others have speculated that the miners are proponents of BCH and are merely stockpiling coins before the halvening. “I think they might be stacking BCH before the halvening,” a user on the Reddit forum r/btc opined.

“I think this is a sign of the approaching halvening — We will likely see more miners experimenting and playing with their otherwise useless BTC hashpower by pointing it at BCH,” redditor ‘Bitmeister’ remarked. “Succinctly, any shift in hashpower from BTC to BCH will look like this initially, whether the motivation is good or evil.”

At press time, there have been no oddities associated with the intervals of time in between blocks found on the BCH chain. Despite a large amount of hashrate being consumed by stealth miners and the price changes making BCH more profitable at times, the stories seem blown out of proportion. The influx of unknown miners has been taking place since mid-2018 and these pools can be seen on both networks. A touch above 20% of the BTC hashrate is also processed by stealth miners. With the upgrade advancing, people could be on edge and trolls are quick to cause fear, uncertainty and doubt (FUD) whenever there’s an opportunity.

If you’ve been in the Bitcoin space for long enough, you’ve probably heard that Africa will be the next frontier...