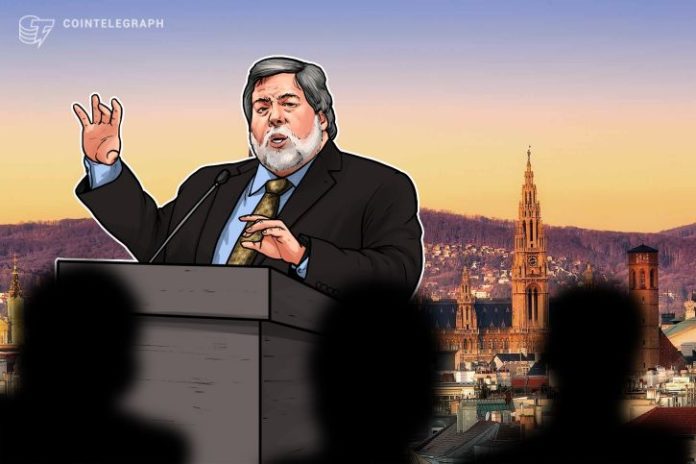 Apple’s co-founder Steve “Woz” Wozniak has commented positively about cryptocurrencies and blockchain technology in his opening speech at the WeAreDevelopers World Congress 2018 in Vienna, Austria.

According to a report by Cointelegraph auf Deutsch Wednesday, May 16, Wozniak considers blockchain to be a “great idea.” He further said:

“[Blockchain] is the next major IT revolution that is about to happen.”

Wozniak explained his positive outlook on blockchain by the fact that there are many useful applications for the technology in a number of areas.

The blockchain and cryptocurrencies will achieve their full potential in a decade, according to Wozniak. Apple’s co-founder quoted CEO of Twitter Jack Dorsey, who had said in March that Bitcoin will become the world’s “single currency.”

This is not the first time that Steve Wozniak has made positive comments about cryptocurrencies and blockchain. At the “Money 20/20” conference in Las Vegas, back in October last year, he said that Bitcoin is better than gold and the US dollar.

According to Wozniak, Bitcoin’s big advantage is that there is only a limited amount of coins, while fiat money, like the US dollar or euro, can simply be printed by banks.

Nonetheless, Wozniak sold all his bitcoins except one, as he said at the WeAreDevelopers Conference in Vienna, because “[he] does not want to be an investor and constantly watch the prices.”

The New Standard for Cryptocurrency Exchanges Has Arrived: Introducing CGCX

Bitcoin Press Release: Calfin Global Crypto Exchange is a new state of the art four in one hybrid platform, setting...