Unless you’ve been on an Internet hiatus for the last month, you’ve probably heard about Facebook’s secretive Project Libra and the upcoming launch of the company’s GlobalCoin. While there’s still little that we know about the new stablecoin, several figures and news outlets are already dubbing it the next Bitcoin killer. Notice our intentional use of the word “next.”

Ah, yes. Bitcoin, the failure that currently outranks the second largest cryptocurrency by a factor of five. | Source: The New York Times

Every year or so, an exciting, new cryptocurrency project pops up, causing self-proclaimed gurus to forecast Bitcoin’s demise repeatedly. Yet, the king crypto still stands and holds the number one market cap spot by a mile.

So even though ruthless Facebook is behind GlobalCoin, it’s unlikely to dethrone the king. Let’s take a look at why. Bitcoin has been, is, and will most likely continue to be, the most dominant cryptocurrency. | Source: CoinMarketCap

GlobalCoin Is the Antithesis of Bitcoin

Bitcoin is as valuable as it is because it’s decentralized, resistant to hyperinflation, and censorship-resistant. GlobalCoin is the opposite.

GlobalCoin is obviously centralized as it’s under the monopolistic control of Facebook. To add insult to injury, it looks as if Facebook is teaming up with the same institutions that brought on a need for Bitcoin in the first place. The Wall Street Journal reports that Visa and Mastercard may also be in the mix. We can’t wait to hear about the GlobalCoin fees if that rumor comes to fruition.

Additionally, GlobalCoin is a stablecoin containing a basket of world currencies. This type of cryptocurrency is better protected against hyperinflation than other stablecoins that are pegged directly to, say the U.S. dollar, but it still has its faults.

Who decides how this basket is balanced? Will the currency weightings change over time? What if a particular currency hyperinflates? The answer to all of these questions requires a central authority that’s susceptible to corruption and selfish interests.

Bitcoin’s most vital feature is in its censorship-resistance. Anyone can own bitcoin, receive it from anywhere, and send it to anyone they please. Your funds will never become frozen, and your transactions can’t be blocked. Facebook has a history of censoring user accounts and banning people from its platform. We can expect it to do the same with your finances.

Finally, rumors are circulating that several nodes will operate the GlobalCoin network, which on the surface, should make crypto enthusiasts happy. However, Facebook is reportedly charging $10 million to run a node, keeping the average Joe out of the “decentralization” process.

Facebook is already under a slew of regulatory scrutiny for its Instagram/Whatsapp/Facebook conglomerate. Adding in a financial product that integrates with all three products isn’t going to help its anti-antitrust case.

Although a Facebook explosion, in which the Federal Trade Commission (FTC) would force the company to spin off Instagram and Whatsapp, is unlikely, it could negatively impact the usefulness of GlobalCoin. Without platform interoperability, GlobalCoin is no better than Facebook Messenger’s current money transfer system.

To GlobalCoin’s defense, Facebook is allegedly working with the U.S. Commodity and Futures Trading Commission (CFTC) to ensure that everything is above board. With the SEC, IRS, and other government agencies wanting some control over crypto assets, however, staying compliant may be easier said than done.

Mark Zuckerberg Is More Heartless Than a Bank CEO

The stories of Bitcoin creator Satoshi Nakamoto paint him in a positive light. He appears to be an incredibly intelligent person(s) who was, and most likely still is, fed up with the corruption of government and financial institutions. 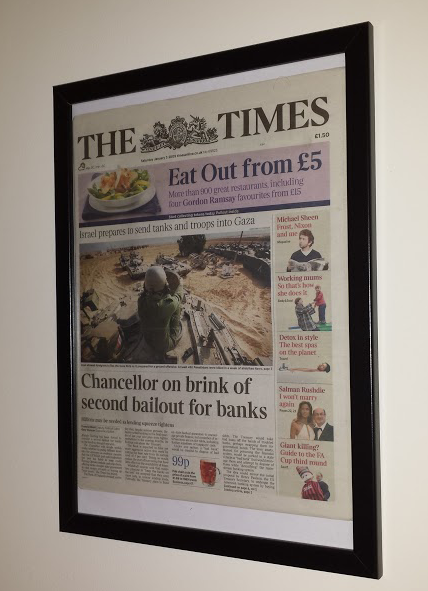 Zuckerberg, on the other hand, would probably sell out his mom for a new grey t-shirt. His company has been at the forefront of scandal after scandal regarding user privacy, data breaches, and vicious business tactics. Let’s recap a few examples. Facebook:

And the list goes on and on. Zuckerberg’s renewed company focus on privacy isn’t fooling anyone. It’s only a matter of time before we add a GlobalCoin debacle to the list.

Bitcoin Is Here to Stay

Like it or not, Bitcoin isn’t going anywhere. GlobalCoin is nothing more than a centralized currency that completely misses the mark on what a cryptocurrency should be. Even it does experience any success, that doesn’t mean the death of Bitcoin.

Bitcoin has survived government bans, malicious miners, misinformation, slander, 80 percent price drops, and a myriad of copycats. It’s antifragile, getting stronger with each attempt to kill it.

So, please, for the love of God, stop calling anything the “Bitcoin killer.”