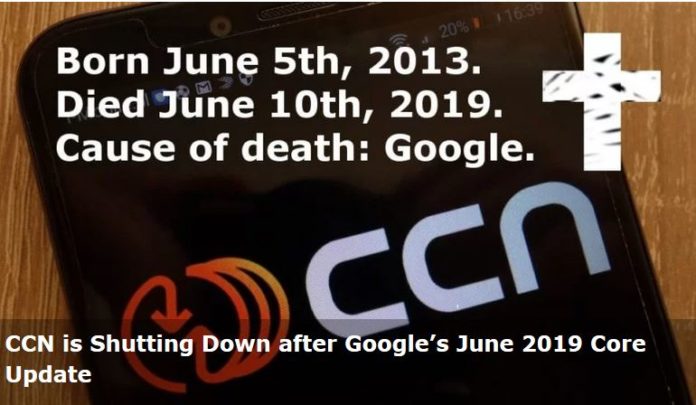 One of the leading cryptocurrency news media CCN announced its shutting down the website due to the new Google search update which happened this June.

CEO of CCN Jonas Borchgrevink said that Google plays the monopoly game by controlling the search engine industry and that Google is against the journalism ethics and free speech. This is exactly the issue in the online media industry where Google dictates everything and has the most power to influence all players from small to big.

Google stopped showing CCN articles in its search and after the Google’s core update CCN says they lost 90% of the revenue due to lost traffic. It is hard to believe that such a great site could go down so easily. A dependency on Google has not been taken as seriously as it should. Google has too much power over online companies whereas every click, view and impression is everything.

Could this be an Scandinavian business merger of online media? It would be really interesting to know how much CCN is actually worth, or what price tag Stankevicius MGM could put on the world’s leading crypto media site.