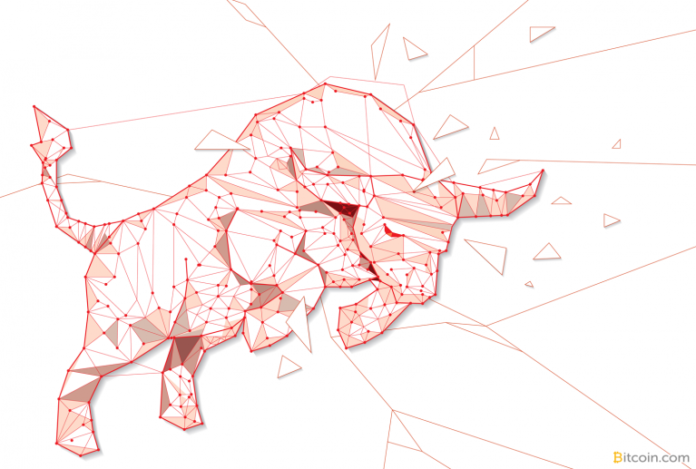 It’s been a long crypto winter, but according to a recent survey, consumers and investors are still positive about the long term value of leading cryptocurrencies. Researchers from the FINRA-registered broker Sharespost emphasize that people have recently become more optimistic about digital assets and plan to increase their holdings.

Since December 2017, cryptocurrency holders have been riding a downward rollercoaster, with many wondering when the digital economy will become bullish again. On March 5, researchers from Sharepost disclosed data they recorded from a survey that involved 1,018 consumers and 96 accredited and institutional investors. Sharespost research analyst Alejandro Ortiz remarked that the study involved using Surveymonkey and Amazon Mechanical Turk as well. More than 30 percent of investors surveyed revealed that they owned at least $25,000 in BTC, and 20 percent polled owned a similar amount of ETH. Individuals surveyed also revealed the most popular coins they own mimic the current cryptocurrency market cap, with BTC, ETH, and XRP dominating respectively. However, key findings in the report include ETH continuing to see “decreased expectations” which the research suggests may be due to the delayed Constantinople upgrade. Most surveyed participants asserted there was a great likelihood of crypto prices rebounding. “The crypto winter is not over, but the latest survey data indicate there is a thaw in sentiment and growing bullishness about the future of cryptocurrencies and blockchain technology,” Ortiz explained after publishing the company’s findings. Money Transfer and Payments Will Disrupt the Financial Sector Other key findings are that “money transfer and payments” are the top categories for blockchain’s ultimate disruption. During Sharepost’s survey last year, investors believed widespread crypto and blockchain adoption would take place in 2020, but now, surveyed investors believe this won’t happen until 2025. A good majority of folks polled said they want governments to give better clarity regarding industry regulations as well. Overall, the survey concludes that investors are willing to bet big on BTC and consumers are diversifying. Interestingly, toward the end of the report, the company said “for the second consecutive survey, 80 percent or more of investors see Coinbase as the most successful exchange,” while Binance held second place for both groups of participants surveyed.

The post Survey Shows Consumers and Investors Remain Bullish on the Future of Cryptos appeared first on Bitcoin News.

What Is the Pastel Network (PSL)? | A Guide to the Digital Art Blockchain

What Is the Pastel Network? The Pastel network (Pastel, for short) is a blockchain-powered platform for artists and collectors to...