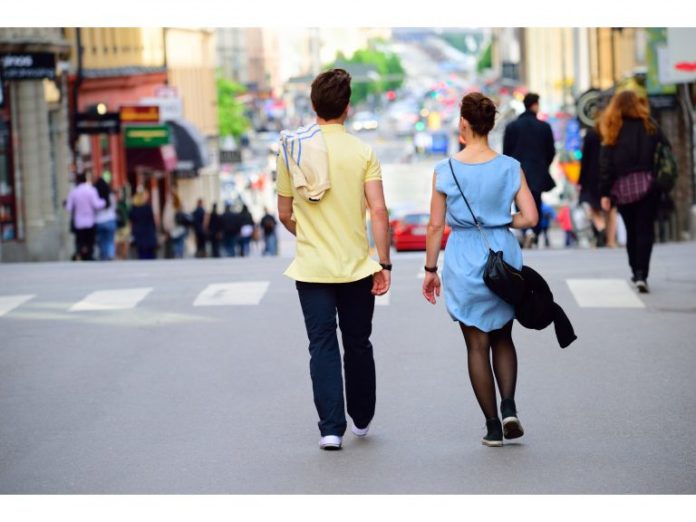 Pundits globally are flabbergasted Swedes still go to cafés, to restaurants and to hang out in parks without face masks on. The Coronavirus in Sweden has so far claimed 611 deaths, with 7,849 confirmed cases. Swedish people still send their kids to school and are not hoarding much of anything compared to countries like the U.S. But just like in most of the world many businesses are hit hard, and the country’s central bank has started the printing presses.

The Swedish Central Bank Has Started The Printing Presses

The Swedish Central Bank, the oldest-running operation of its kind in the world, called “Riksbanken” has predictably responded to the crisis by starting the printing presses. They’ve promised the banks a 500 billion SEK ($55B) credit line to “grease” the wheels, making sure there is enough liquidity in the system. Riksbanken’s chief Stefan Ingves has also stated that there are no limits to how much these presses can print, while carefully avoiding the term QE, or quantitative easing. Ingves has also previously stated at a press conference last month:

The Riksbank stands ready to do more if and when necessary to help the Swedish economy get through this crisis as well.

Citing liquidity problems on the financial markets, the Swedish central bank is now planning to buy government, corporate and mortgage bonds, and is auctioning USD denominated loans for around $70 billion. Riksbanken has already increased its government bond-buying target by $30 billion, after leaving their most important interest rate, the overnight repurchase rate, at zero percent.

One of the explanations for the Swedish approach to lockdowns is it’s rather unique governance system. Swedes don’t let the recently elected political leader call all the shots; here the local authorities are actually in charge. Or at least that is the design of the Swedish system, and Sweden’s unique response to the coronavirus pandemic may be viewed in this light. It’s a form of democracy comparable to the systems in Finland and Switzerland, where the state apparatus has also aimed for the decentralization of power for centuries. In contrast to the never-ending stream of decrees from “strong leaders” like Trump or Erdogan – and their citizens’ (apparent?) quick obedience – in Sweden the centuries-old authorities often have a larger say in how things should progress than the prime minister, and its people actually listen.

Consequently, the Swedish public has followed closely along to the Swedish health authorities’ daily TV broadcasted explanations on which measures might be effective; washing hands is, physical distancing as well, wearing masks maybe not so much. Protecting the risk groups is a priority, but schools, workplaces, and restaurants stay open for all else – albeit not crowded, and with new safety routines to avoid spreading the virus. This approach may be summed up by the unique Swedish word “lagom”, which means something similar to “just right”, or “not too much, not too little”. Lately, though reports of spreading covid-19 infections have been seeping out from many elderly homes in Sweden. A daily updated map on the number of cases and deaths in Sweden can be found here.

The Swedish “Lagom” Measures Will Be Analyzed in Great Detail

In the aftermath and analysis phase of the coronavirus pandemic, the Swedish responses to the coronavirus and the results from those “lagom” actions taken will be analyzed in great detail. Still today, April 7, many cafés, restaurants, and shops stay open even in the most afflicted areas of the capital city of Stockholm.

The nordic confidence in the established authorities culls Swedish elected politicians urge to decree “tough” measures like a “lock-down”. They are not afraid their popularity ratings will fall if they do not act “tough”, as few Swedes find the “tough” authoritarian leader attractive. The prime minister is temporary, but the central bank and the Swedish Health Authority are persistent organizations, the former in operation since the 15th century.

The country is also one of the world’s most secularized societies with the least religious folks in the world, turning to science rather than faith when combating covid-19. The Swedish Health Authority Folkhälsomyndigheten (FHM) reigns supreme. Swedish politicians can avoid some of the responsibilities of “knowing best”, and can defer decisions on rules for social distancing and public transport, among other things.

The Swedish prime minister Stefan Löfven often refers to letting “the experts” steer, instead of having himself prognosticating the future and deciding on actions to counter-act a never-before-seen virus.

In the meantime, while the coronavirus has reached at least one employee at the bank, the Swedish central bank is testing its own digital dollar, the “e-krona”. When asked about the project it’s chief Stefan Ingves has repeatedly told journalists that “Bitcoin is not money”, but that a digital dollar is needed to keep up with the times.

By introducing its own electronic currency and moving away from paper cash the central bank could actually continue lowering the interest rate into negative territories. Sweden is already maybe the world’s most cashless society. When few have access to actual cash – few can benefit from those negative interest rates by hoarding cash under the mattress. The beneficiaries of some loans will reverse – the lender will have to pay, while the beneficiary of the loan will receive extra interest from taking out a loan. Already in Germany people are paying to lock-up cash in 30-year government bonds, and in Denmark negative interest rate mortgages have been introduced. Where these strange actions will take the economy is hard to say. Is this whole process, in the end, giving the central bank a new tool to “reverse-inflate” away loans?

The reactions to the Covid-19 pandemic by politicians and their central bankers may lead to disastrous effects on the economy long-term, as politicians print way too much currency trying to fix the current slow-down, inadvertently inflating away people’s savings and paychecks over the longer-term. Printing paper cash or the equivalence in electronic cash (creating debt) is not the same as “creating money”, as currency isn’t money. Gold is money, however, as is bitcoin. Keynesian central bankers are now hoarding gold, while Austrian libertarians and anarchists are hoarding bitcoin. The future will tell who was right.

What do you think about the Swedish “lagom” approach to the pandemic? Let us know in the comments below.

The post Sweden’s ‘Lagom’ Response to Coronavirus: No Masks, Keep The Economy Going With a “No Limit” Printing Press appeared first on Bitcoin News.

As litigation begins for crypto mining equipment manufacturer Canaan over its IPO, shareholders must decide on the lead plaintiff by...