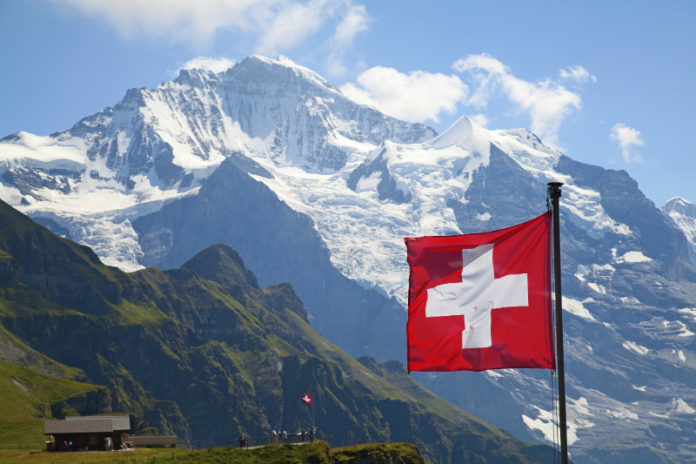 The Swiss economic minister has laid out plans to make Switzerland the “Blockchain Capital of the World,” hoping to provide a place for cryptocurrency startups to get off the ground.

Moving Away from Sketchy Banking

Switzerland has long been the place where those looking to store large amounts of wealth go. The Swiss banking system is generally very accepting of these individuals or companies, but now the country is starting to investigate emerging financial markets.  Many startups in major Swiss cities are looking to be crypto-financial centers as the space grows

According to PwC, one of the largest auditing firms in the world, four of the ten largest ICOs in 2017 were based in the small European country. The aim for some lawmakers is to use the country’s strong banking system, low taxes, and high education rate to make Switzerland the “Silicon Valley” of cryptocurrencies

The heart of the crypto expansion in Switzerland is found in the town of Zug. This community of 120,000 individuals is the epicenter of the country’s Crypto Valley. Its low corporate tax rate of 14.6% has lured quite a few startups, which has resulted in the town’s growth and a lower unemployment rate. For crypto enthusiasts, Zug has special meaning as it is where Ethereum was incorporated, not to mention it being the first location where Bitcoin ATMs were installed.

The expansion of crypto-projects in Switzerland is helping the country offset some of the losses in the banking sector they’ve seen in the past few years. In the past decade, Switzerland has lost 20% of its banking institutions. The Swiss financial regulatory institution, Finma, approached a few digital currency startups about the benefits of Switzerland, especially a regulatory body that is quite accommodating and willing to work with new technologies. This relaxed attitude is shown by the comments of the CEO of MyBit, Ian Worrall, who said the strategy from regulators has been “Do your best, and if you mess up we’ll work with you.”

Not All Sunshine and Rainbows

Starting a Bitcoin-related startup in Switzerland doesn’t come without its drawbacks, however. The Swiss don’t share the same “startup” culture that is commonly seen in the United States. Launching a business and proceeding to fail is viewed very negatively by much of the population. Another issue for promoting growth for startups is the high cost of living in the country. On top of this, no one wants to rile up US regulators. The Swiss have spent years and years trying to erase the “shady money haven” connotation that’s become attached to the country. There has yet to be any broad official announcements on how the US government will treat cryptocurrencies, with most major departments disagreeing on what Bitcoin actually is. With new types of coins hitting the market, such as proof-of-stake coins, it also must be determined whether or not these coins count as securities, which could throw all sorts of confusion into the mix.

Overall, the business and crypto-friendly environment are luring startups to Switzerland, as is evident by the number of startups found at Crypto Valley Labs jumped from 15 all the way to 100 within a year. Yet the government has backtracked a bit from fully embracing cryptocurrency (and the country’s banks are not fans of virtual currencies) and has instead pivoted to promoting blockchain technology. Economics minister Johann Schneider-Ammann famously called Switzerland “Crypto Nation” a few months back, but he has now moved to the broader “Blockchain Nation” instead.

What do think about the moves made by the Swiss government? Do you think their efforts will attract entrepreneurs? Let us know in the comments below!

The post Switzerland Positioning Itself as Blockchain Capital of the World appeared first on Bitcoinist.com.