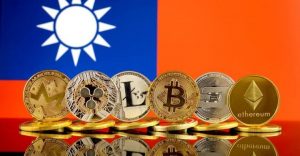 Taiwan’s historic statements about Initial Coin Offerings has been typical of the hardline approach taken by nations like China and South Korea. However, recent events indicate that Taiwan may be nearing a formal declaration about ICO law, one which could establish the ICO market as a unique sector within Taiwanese finance.

The Financial Supervisory Commission of Taiwan is headed by Wellington Koo. Koo has acknowledged the worries of the Taiwanese blockchain space that regulation could stifle creativity within the industry. To this point, Koo states, “The commission has no intention of curbing the creativity and productivity associated with cryptocurrencies, if they are not used as securities.”

This last phrase is the most telling of Taiwan’s stance toward the declining ICO fundraising sector. Securities, like stocks, are strictly regulated within Taiwan, and for good reason. A stock gives an investor equity ownership over a portion of a company, along with specific corporate rights issued by the stock’s board of directors.

Cryptocurrencies, on the other hand, have no “inherent value”, at least not in the same way that an equity-based security does. Taiwan clearly intends to partition the ICO and cryptocurrency markets into a distinct sector. While this will prevent companies from being able to use cryptographic tokens for certain purposes (to designate dividend rights, for example), it will clear the way for economic confidence regarding specific use cases.

Koo’s position mirrors that of Taiwanese lawmaker Jason Hsu, who, in the past stated that the country “should emulate Japan, where they treat cryptocurrency as a highly-regulated, highly-monitored industry like securities.”

The Importance of the Securities Issue

Many world governments have been slow to define and regulate cryptocurrency. Investors and industry thought leaders have made it clear that to declare cryptocurrencies securities would be to greatly limit the industry.

As it stands, ICOs are an easy way to access capital from non-professional investors. However, if certain ICOs are indeed securities, formalised definitions could stop them in their tracks. Any ICO offering the appearance of equity value to investors, especially in a centralised system, will likely prove to be in breach of securities law as it is presently defined.

This would mean that, in the future, it would perhaps be very difficult for a company like EOS to raise $4 billion. Global regulators clearly want to put a halt to the skirting of securities standards by corporate ICO bodies, especially when an incredible 81% of ICO may be scams.

ICOs should get their own asset class. Even though this will prevent some companies from using the model as we’re accustomed to today, this will ensure many new investor protections, and go a great distance to bringing ICO investing into the mainstream.

Powerhouse operated via IOTA in Trondheim

IOTA’s areas of application are not only limited to cars, but include buildings, as shown by the Trondheim project of...