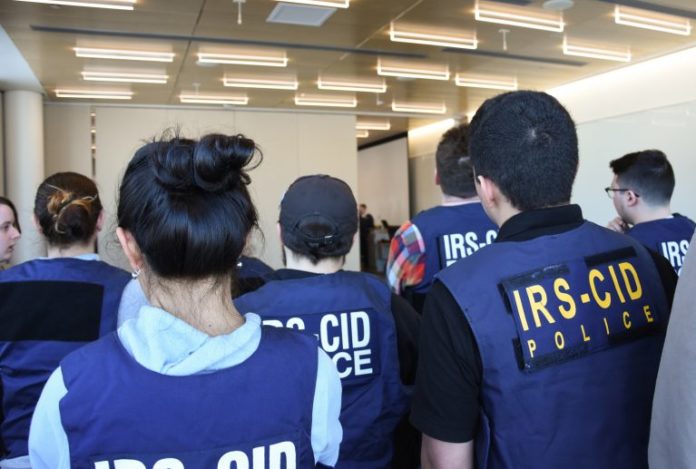 The U.S. Internal Revenue Service (IRS) has revealed the agency is cracking down on “dozens” of cryptocurrency users evading taxes. The IRS has partnered with tax agencies from four other countries in order to make sure tax enforcement strategies are being applied across the map.

According to the IRS, the tax agency is putting a significant amount of effort into fighting tax evasion that stems from cryptocurrency use. Speaking on a phone call with the press, a senior agent in the IRS’s Criminal Investigations office based in L.A., Ryan Korner, says when digital currencies became popularized, the tax agency had issues keeping up with alleged tax evaders. However, the IRS has gained “expertise” when it comes to individuals “moving the money.” “We have tools in place that we didn’t have six months or a year ago,” Korner told reporters on Friday. The revelation follows the IRS announcement at the end of July which explained that 10,000 American residents who have owned cryptocurrencies would receive warning letters from the U.S. tax entity. Then in October, the IRS unveiled a new tax form that requires filers to answer whether or not they have used a digital currency during the year. Some 150 million Americans file tax returns with the 1040 tax form that poses the virtual currency question.

This week the IRS disclosed they had a meeting with four other nation states so they can partner together to fight cross-border tax evasion stemming from digital currency users. The five-country group is called the Joint Chiefs of Global Tax Enforcement or J5. The J5 includes the Australian Criminal Intelligence Commission (ACIC) and Australian Taxation Office (ATO), the Canada Revenue Agency (CRA), the Dutch Fiscale Inlichtingen- en Opsporingsdienst (FIOD), the British HM Revenue and Customs (HMRC), and the American Internal Revenue Service Criminal Investigation (IRS-CI). The group of J5 investigators told the press this week that cyber-related activities tied to crimes like data breaches and ransomware are being used to commit tax evasion as well.

“Tax fraud is not a new crime, but the sophistication with which criminals commit tax fraud has significantly increased through cyber-related activities in recent years,” the J5 task force said in a statement. “Data breaches, intrusions, takeovers, and compromises are the new tools that criminals use to commit tax crimes.” A Wave of Tax Audits

According to the latest report, after sending 10,000 letters to American taxpayers, the IRS now has plans to start a new wave of tax audits and criminal investigations. The tax agency warns that the effort is quite serious and people avoiding taxes via cryptocurrencies may be subject to tax evasion charges and penalties on the gains tied to virtual investments. “That data doesn’t go and sit — We use that data,” Korner stressed. The American tax agency recently issued its first digital currency tax guidance since 2014 and the guidelines contain controversial tax liabilities created by cryptocurrency forks. The tax liability only applies if the forked asset was used by the owner and the person spends or moves the coins. “If your cryptocurrency went through a hard fork, but you did not receive any new cryptocurrency, whether through an airdrop (a distribution of cryptocurrency to multiple taxpayers’ distributed ledger addresses) or some other kind of transfer, you don’t have taxable income,” the IRS cryptocurrency guidance letter reads.

The U.K. also followed the IRS’s lead by issuing digital currency guidance for businesses on November 1. Individual UK taxpayers who have used cryptocurrency in the past saw fresh guidelines delivered at the end of 2018. The reports issued by Her Majesty’s Revenue & Customs (HMRC) explain how businesses and individuals residing in the UK should file their tax obligations. The J5 task force cracking down on “dozens” of cryptocurrency users evading taxes is part of a globalized effort the organization started in June 2018.

“We will collaborate internationally to reduce the growing threat to tax administrations posed by cryptocurrencies and cybercrime and to make the most of data and technology,” the J5 task force emphasized to the public last year.

What do you think about the IRS joining five nations to crack Bitcoin tax evasion? Share your thoughts in the comments section below.

The post Tax Agencies Worldwide Plan to Crack Down on ‘Dozens’ of Crypto Tax Evaders appeared first on Bitcoin News.

Japan celebrated the enthronement of its new emperor, Naruhito, with a festival in Tokyo on Saturday. It is not yet known...