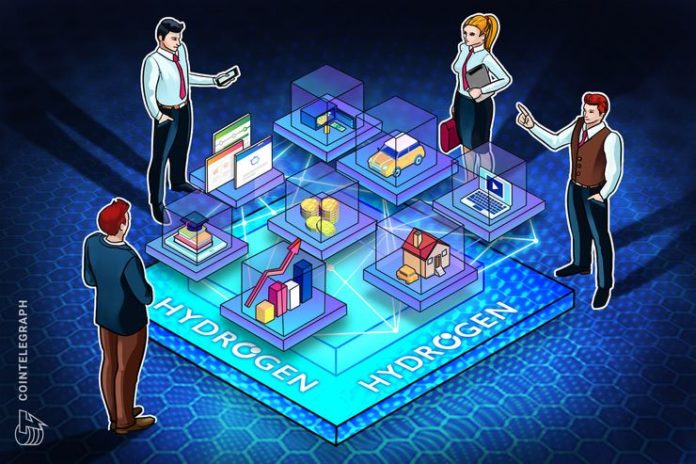 Hydrogen, a NYC-based business that was recently named KPMG’s fintech startup of the year has signed a public blockchain licensing deal with TD Bank – the world’s 12th-biggest bank in terms of market capitalization.

The initial phase of the collaboration will integrate Hydrogen’s APIs into TD’s WebBroker program, which will allow all TD clients to design their own financial plans and implement custom investment portfolios. Future developments will include several new capabilities for TD retail banking customers as planned integration of Hydro’s Web 3.0 offerings take shape.

Tony Ierullo, the vice president of wealth digital innovation at TD Bank Group, said about the partnership: “While our initial focus is on improving the self-directed investor experience, our ultimate goal is to bring best-in-class digital investing solutions to all TD clients, at every stage of their financial journey.”

The latest version of the project’s Hydro mobile app features their blockchain-secured 2FA, which is currently being implemented by a number of top fintech firms including MinexPay. The 2.0 update scheduled for the fourth quarter of 2018 includes the identity management component Snowflake, which will add an identity verification and privacy layer onto the current user authentication layer (2FA). This will keep customer identities safe from financial predators while reducing onboarding times and fees for financial institutions.

The push for greater security in banking, and blockchain’s role in delivering it, comes amid growing concerns about scams and identity theft. On the day of writing, a report by UK Finance revealed that criminals had stolen £500 million (about $660 million) through fraudulent activity in Britain alone during the first six months of 2018.

It was reported that identity theft cases rose to 16.7 million in 2017, while phishing attacks have tripled since 2013 – with over 246 million user attempts being made to access over 1.2 million phishing sites in 2017 alone. Blockchain-based 2FA and identity management are being looked at as practical and viable solutions to this ongoing security crisis.

This summer, Hydrogen won the Innovator in Finance award presented by FiNext, marking the third time that its co-founders Matt and Mike Kane have received recognition in this space. Their previous startup Hedgeable, an online investing app, made an impact on the asset wealth management market – twice winning Best of Show at Finovate, an industry-leading awards show. The app was also named Fintech Startup of the Year at the UK Great Tech Awards.

These relationships in the financial sector brought further interest in the team as they ventured into the blockchain space. Also among those recently signed on with Hydrogen are Principal Financial Group, with $673.8 billion in assets under management, and CI Investments – managing over $140 billion in assets.

FINDI serves as an alternative to what Hydrogen founder Mike Kane refers to as “an aggressive campaign from private blockchain consortiums, that could potentially leave billions around the globe unable to take advantage of the growing benefits of blockchain technology.”

Kane said: “Private blockchain is an oxymoron and centralized financial security is obsolete, as we have seen with recent hacks of Equifax, BMO, Coinrail, Banco, and Bithumb. Together the members of FINDI can change the financial paradigm by leveraging public blockchains.”

Membership in FINDI is free, and the consortium welcomes financial professionals, startups, consultants, academics, and governments. With over 100 members expected in its first year, the consortium will support joint research and provide industry consulting to foster further development of public blockchain technology.

After a tumultuous week in which Steem’s hardfork scheduled for September 25, 2018, began early and with problems, Steem announced...