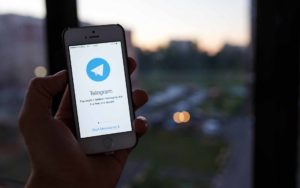 Telegram has reversed its earlier decision to not carry out a public sale of its native token Gram by announcing a listing on the Liquid cryptocurrency exchange.

In a press release issued on Tuesday (June 11, 2019), the messaging platform declared that it would be going forward with a public initial coin offering (ICO) for its Gram token. The private phase of the sale garnered significant attention back in 2018, raising $1.7 billion.

According to the statement, the first phase of the ICO involves a limited listing for early bird investors on July 10. The main token sale event takes place in October 2019 but will not be available to investors in countries like the U.S., Canada, South Korea, and Japan to mention a few.

The move is somewhat of a surprise given Telegram’s position on a public ICO back in 2018. As reported Bitcoinist at the time, the company was wary of the increasing spotlight on ICOs by the U.S. Securities and Exchange Commission. This is likely why the country is one of the geo-blocked nations in the token sale.

Is it Really a Telegram ICO?

While details remain unclear at this point, it is important to mention that Telegram itself isn’t the purported “seller” of the cryptocurrency tokens. Instead, the announcement says Liquid is listing tokens held by Gram Asia – the largest Telegram token holder.

There are also no details about the number of tokens on sale and the starting price for the ICO. The official statement issued so far comes from Mike Kayamori, the CEO of Liquid, saying:

We are excited to be partnering with Gram Asia to launch the Gram token sale, which is wonderful news to our community who are native users of Telegram. We share the vision for a more secure and open value transfer system in order to enable the mainstream adoption of cryptocurrencies.

The only other details available indicate that the token sale process will involve know-your-customer (KYC) verification. Interested investors will have to submit to a government and photo ID verification exercise.

Gram tokens bought during the sale will also remain locked in Liquid wallets until the TON mainnet comes online. Furthermore, the tokens will not be tradable but that might not stop some over-the-counter (OTC) exchange taking place.

What do you think about Telegram’s decision to finally go ahead with its public ICO? Let us know in the comments below.

The post Telegram Set to Go Ahead With ICO on This Crypto Exchange appeared first on Bitcoinist.com.