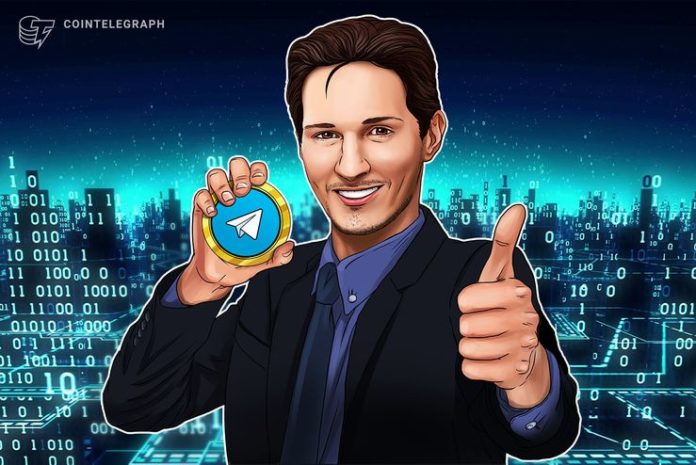 Speaking to the publication, investors “confirmed” the authenticity of a circular sent to participants in TON’s Initial Coin Offering (ICO) at the start of September.

In the circular, the company said that the platform’s blockchain component was currently under development, with “70 percent” of the product already finished, the publication claims.

Once in operation, TON will also make use of its in-house cryptocurrency, Gram, and will form a “new way of exchanging data.”

Telegram attracted considerable attention earlier this year when it raised almost $1.8 billion in investments for TON and its current messenger app via two private ICO presales.

Following the success of the fundraising, in May executives subsequently cancelled the planned public phase of the ICO.

At the time, Russian media also speculated that authorities’ attempts to block access to Telegram altogether for the country’s residents was a result of the ICO and plans to release Gram, rather than the official explanation that the service flouted data sharing laws.

CEO Pavel Durov declined to comment when asked by Vedomosti to confirm the TON release timeframe.