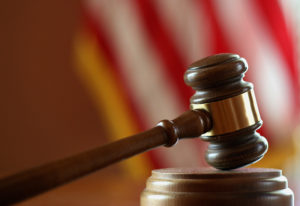 The recently launched class action lawsuit finally calls out Tether directly on what was only unofficially discussed on social media. USDT coins have been created and used with the intention to manipulate the crypto market, causing a larger bubble and a more damaging crash, the plaintiffs explained.

Today, @RocheFreedmanLP filed a class action lawsuit on behalf of those who own cryptocurrency against Tether and Bitfinex (and others) for manipulating the cryptocurrency market to create the largest bubble in history. @VelvelFreedman @joemdelich https://t.co/c3iOW5eTF7

Just at that moment, the Tether Treasury minted two transactions of 12 million and 20 million USDT.

Granted, the transactions were relatively tame, in comparison to previous injections of hundreds of millions.

The USDT injections coincided with a revival in market activity, as Bitcoin (BTC) recovered above the $8,200 level and altcoins moved even higher. This market behavior calls back to the market rally in July, where the New York Attorney General (NYAG) found Tether and Bitfinex were doing unlicensed business in New York. Just at that time, BTC went on to rally, distracting the markets from the negative events surrounding Bitfinex and Tether.

Now, there are 4,108,044,456 USDT in circulation, of which each coin moves through exchanges about three or four times a day. The volume of USDT even rose when the lawsuit was announced, to above $22 billion per day. USDT remains highly active and extremely influential both for the price of BTC and for altcoins.

USDT minting started off slowly in 2017, but quickly expanded its supply, leading to the biggest rally in BTC history. But since then, even the larger supply of USDT fails to lift BTC to a new price record.

Research keeps finding links between the issuance of USDT and the behavior of BTC. In 2019, the more efficient type of USDT is the one based on the Ethereum (ETH) network. This new token, migrated from the Omni layer, is used on leading exchanges like Binance and OKEx, hence its immediate effect on price action. The Omni-layer, Bitcoin-based USDT is being phased out, and is only used for limited transactions.

In the past year, Bitfinex and Tether also seem to have wised up. Bitfinex trading fell by 97%, while Tether no longer prints big round numbers of tokens. Instead, new USDT are created in smaller batches, and quickly circulated through the system of exchanges. The loss of trust in USDT could seriously affect the entire market, which despite all the scandals and doubts, is even more dependent on Tether.

What do you think about the behavior of Tether and USDT minting? Share your thoughts in the comments section below!

Today, NextHash and Bitcoin.com have entered a technical partnership to design and structure the NIXT utility token. NIXT token is...