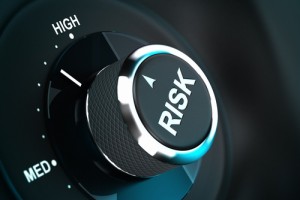 Yesterday, January 13th, the Texas State Securities Board published a list of the top threats that investors will face in 2020, with crypto ranking high.

Texas regulators voice concerns
It has been two weeks since 2020 has started, and investors around the world are interested in seeing what the new year has to offer. Regulators, on the other hand, believe that being aware of potential threats is more important, which is why the Texas State Securities Board, the US state’s regulator, decided to publish a list of largest threats to investors in 2020.
The state regulator has been quite active in trying to police the crypto space in the last several years, ever since the crypto markets erupted with Bitcoin’s surge to $20,000 per coin in late 2017. The regulator kept warning people against Bitcoin and other cryptos, pointing out their extreme volatility and claiming that it is ‘almost impossible for a layperson to understand [them].’
The regulator further claimed that promoters of crypto tokens are only trying to take advantage of people who are looking for a quick way to get rich, and that even ‘seniors and retirees,’ who prioritize security over speculation have been persuaded to invest in ICOs. The new list of threats published yesterday represents a continuation of these concerns, once again warning investors not to buy crypto without determining the trustworthiness of the token-issuing firms.
Any investor who does decide to enter the crypto space should only deal with registered firms, as TSSB advised. The regulator also noted that there is little that can be done for investors whose money ends up being stolen via ICO or other crypto-related investments.
Will the warnings affect the future of crypto in Texas?
As some may remember, it was recently announced that a massive Bitcoin mining operation is set to start in Rockdale, Texas. The initiative was started by a Louisiana-based data center firm called Whinstone US Inc., which is creating the so-called largest crypto mining operation in the world.
The creation of the facility has already started in late 2019, on the 100-acre-large plot of land. The project’s value is estimated to be $150 million, and it will supposedly create around 200 jobs.
Meanwhile, despite all the warnings that Texas regulator has published, Bitcoin was still the best-performing asset of 2019. At the start of the previous year, BTC price was at $3.500, and peaked on June 22nd to nearly $14,000 per coin. While it did drop in the second half of 2019, it ended the year with its price at $7,200 and rising.
After only two weeks in 2020, the coin’s price has grown by $1,300, currently sitting slightly above $8,500, with further predictions of it reaching $12,500 in the next six months. The predictions are strengthened by the pending halving of block rewards, as well as by recent trading decisions regarding Bitcoin options.
In other words, crypto investors seem to expect that 2020 will be a bullish year. At the same time, crypto adoptions continue to spread around the world, with numerous nations being in a hurry to create regulatory frameworks, further incentivized by the development of Facebook’s Libra and central banks’ CBDCs.
For now, there is no reason to believe that the situation in Texas will be any different, despite regulators’ warnings that people should stay away from digital currencies for their own good.
Do you think that Texas regulators’ warning will discourage Texans from investing in cryptocurrencies? Let us know what you think in the comments down below.

What Is Coinbet24? Coinbet24 is an online crypto casino that started its operation in November 2015, featuring a wide variety...