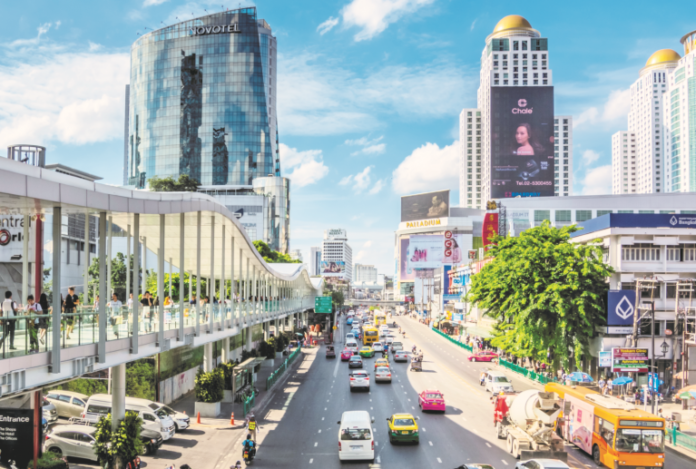 The Thai Securities and Exchange Commission has approved four new crypto business operators to legally operate in the country. In addition to licensing a new crypto exchange, the government has officially approved the country’s first three digital token portals. Meanwhile, new rules, conditions, and procedures have been introduced for digital asset businesses. Bitherb Co. Ltd. is a subsidiary of Japanese public company Remixpoint, which operates a regulated Japanese crypto exchange, Bitpoint Japan. It is co-founded by Asia Herb Association Bangkok Co. Ltd. Remixpoint revealed in February that it had obtained four licenses from the Thai SEC but the subsidiary had not been added to the SEC’s list of approved digital asset business operators at the time since its system still needed to be inspected and validated by the regulator. A representative of Bitpoint Japan told news.Bitcoin.com at the time that Bitherb “will begin to operate after [the] SEC inspects the company within 180 days after license acquisition (by July 30th, 2019).” Bitherb is now listed on the SEC website as an approved digital asset business operator.

Including Bitherb, Thailand now has four digital asset exchanges, all of which have been approved for both cryptocurrency and digital tokens. Three of them — Bitkub Online Co. Ltd. (Bitkub), Bitcoin Co. Ltd. (BX), and Satang Corporation (Satang Pro) — were approved in January. Another digital asset operator that has been approved by the Thai SEC is Coins TH. This company was approved in January to operate as a broker and a dealer for cryptocurrency.

Local media reported in March that the Thai SEC had approved the country’s first portal for initial coin offerings (ICOs). However, the commission neither made an official announcement about the approval nor disclosed the name of the portal it supposedly approved until now.

The country’s first three SEC-approved ICO portals have now been added to the commission’s website. They are Longroot (Thailand) Co. Ltd. (Longroot), T-box (Thailand) Co. Ltd. (T-box), and SE Digital Co. Ltd. (SE Digital). According to the regulator, none of them have started operations. Further, the latter two companies still need to have their systems inspected and validated by the SEC before they can begin operations. ICO portals are an integral part of Thailand’s regulatory framework for digital tokens. To sell tokens to the public, the seller must obtain approval from the SEC and the tokens must be sold through an SEC-approved ICO portal. Thailand now has three ICO portals, but no ICO issuer has been approved so far.

In addition, the Thai SEC maintains two lists of “website, tokens, and coins the SEC has advised the public to be careful with any investment solicitations of such entities,” the commission detailed. The first list is for “digital tokens which have not applied or granted approval for offerings.” It comprises 21 names including Onecoin by OFC coin​, ​​DB token, ICO by Adventure Hostel Bangkok​, and ​Muay Thai coin. The other list is for “persons and websites relating to digital assets which have not been licensed.” There are currently 18 entries on the list, including ​Q Exchange​, a joint venture between Thai and South Korean companies.

The Thai government’s Fiscal Policy Office has published the SEC’s follow-up regulation entitled “Rules, Conditions, and Procedures for Digital Asset Businesses.” It will go into effect on Jan. 1, 2020.

Among the rules set forth in this document is the capital requirements for digital asset businesses. For example, operators holding customer assets must generally maintain daily liquid capital of at least 15 million baht [~$485,572] and at least 5% of the customer’s asset value. The percentage requirement is lower if some of the assets are kept in cold storage. Digital asset exchanges that do not hold customer assets must maintain capital of at least 5 million baht. Thailand enacted two royal decrees to regulate crypto assets on May 14 last year — the Royal Decree on the Digital Asset Businesses B.E. 2561 and the Royal Decree of the Amendment to the Revenue Code. The latter imposes levies on income derived from cryptocurrency and digital tokens. Prior to any token offerings, the issuers must obtain approval from the SEC and “the registration statement and draft prospectus shall be filed with the SEC office,” the government explained.

In March, the Thai SEC announced that four cryptocurrencies had been approved: BTC, ETH, XRP, and XLM. They can be legally used for investments in ICOs and as base trading pairs against other cryptocurrencies. This list replaces the previous one announced in June last year. However, approval does not make these coins legal tender, the regulator clarified.

Sunisa Thamphiban, Assistant Director of the Legal and Development Department at the Thai SEC, emphasized at a public seminar on July 11 that “the Digital Asset Act” aims to “supervise the middleman that will act as an intermediary in the exchange of digital assets.” She elaborated that they must comply with all of the requirements set by the SEC and the Office of the Anti-Money Laundering Committee in order to “prevent the use of digital assets for money laundering.”

What do you think of the way Thailand regulates cryptocurrency? Let us know in the comments section below.

Cryptocurrency taxation is a subject that concerns a growing number of users, traders and investors. An area that creates a...