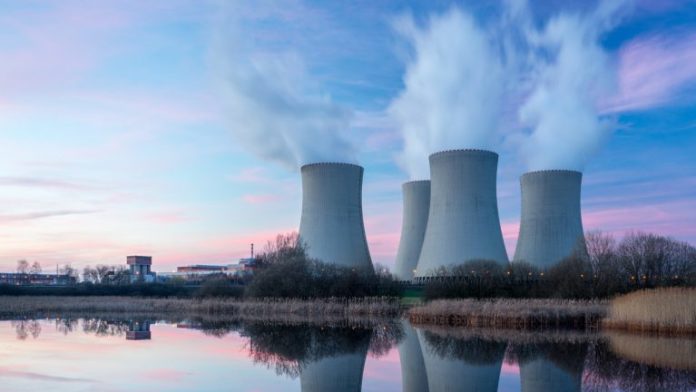 The SHA256 hashrate that secures the Bitcoin network has grown massively during the last few years, as Bitcoin’s processing power has touched all-time highs in 2020. Moreover, the gigawatts of electrical consumption powering industrial bitcoin mining today consumes as much as seven nuclear power plants.

Bitcoin mining is a process where groups of miners compete in order to capture as many block rewards as they can. Bitcoin miners essentially plug machines into the wall that consume electricity in order to hash away at the Bitcoin network’s consensus algorithm so they can outpace competitors. Hashrate is how analysts measure the amount of computing power dedicated to the blockchain network.

Basically, ASIC mining machines that produce higher hashrate values than others, will obtain more BTC via mining. In 2020, there are now extremely large facilities and warehouses filled with thousands of ASIC mining rigs. Additionally, solo miners working in remote areas in the world typically join a mining pool so they can pool their hashrate together in order to gather more bitcoins.

Collectively the aggregate total of all the bitcoin miners combined makes up the total amount of hashrate dedicated to the blockchain. Today the Bitcoin (BTC) network hashrate is around 120 exahash per second (EH/s).

For instance, findings from Tokeninsight’s 2020 mining research and the Cambridge Bitcoin Electricity Consumption Index (CBECI) show that on average, miners are paying between $0.03 to $0.05 per kWh this year. Estimates also indicate that at the end of March 2020, the cost to mine a single bitcoin (BTC) is roughly $7,577.51. At current exchange rates, this gives miners a profit margin of around $4,184 on Monday, August 24.

Although, another estimate from Bitooda’s mining report published in July claims the cost to produce a single BTC is around $5,000. Bitooda’s researchers think the BTC network hashrate could surpass 260 exahash per second during the next year and a half.

“By our assessment, the Bitcoin network can exceed 260EH/s in Hashrate in the next 12–14 months,” the report published on July 15, 2020, notes. “Led by a modest increase in available power capacity from 9.6 to 10.6GW and an upgrade cycle that will replace older generation S9 class rigs with newer S17 and next-generation S19 class rigs.

The Cambridge Bitcoin Electricity Consumption Index (CBECI), produced by the Cambridge Center for Alternative finance, attempts to estimate the amount of energy consumed by bitcoin mining. Today, the CBECI says the Bitcoin network’s power consumption is more than seven gigawatts (GW) of electricity.

On Monday, the CBECI indicates that there is 7.46 GW running the BTC network which equals around 63.32 TWh or terawatt-hours of energy consumption. The amount of power consumed by bitcoin miners is equal to more than seven nuclear power plants or 21.8 million photovoltaic (PV) solar panels.

The BTC network is as powerful as 2,884 utility-scale wind turbines or 9.1 million horses (horsepower) of energy.

For instance, last week the mining facility operator Enegix told the financial technology columnist, Paddy Baker, that the firm was set to launch a large mining facility in Kazakhstan with 50,000 ASIC devices.

Baker’s story calculates that the operation would power 180,000 U.S. homes, but news.Bitcoin.com’s calculations indicate the Kazakhstan facility would power only 90,000 American houses. This would mean that according to CBECI’s data the whole BTC network could power 2.25 million U.S. homes.

Cambridge’s mining map shows that China commands 65.08% of the global hashrate, but this estimate may be incorrect. In July, researchers from Bitooda claims that Chinese miners only account for 50% of the network and the U.S. has upped its game to 14%.

More than a decade ago, Bitcoin’s creator Satoshi Nakamoto, the inventor who allegedly mined the first 18,000 blocks on a single high-end computer workstation, predicted the massive growth the network handles today.

“At first, most users would run network nodes,” Nakamoto wrote on November 2, 2008. “But as the network grows beyond a certain point, it would be left more and more to specialists with server farms of specialized hardware. A server farm would only need to have one node on the network and the rest of the LAN connects with that one node,” Nakamoto added.

Bitcoin has been on a strong rally over recent weeks, rising as high as $12,500. Even still, BTC remains far...