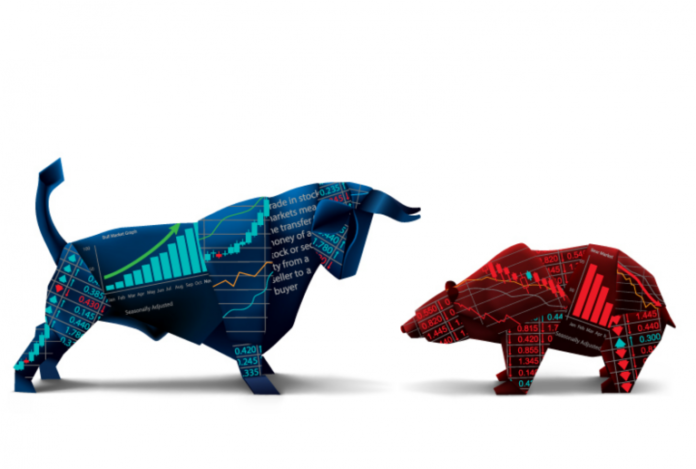 Should you buy bitcoin or bitcoin cash? Does tezos have further room to grow? Is monero a long-term hold? There are no absolute answers to these questions and no crystal ball to determine which crypto will pull a 5x before the year’s out. Based on fundamentals alone, however, here are some reasons why you might wish to buy or sell the top 20 cryptos by market cap.

Bull: The bull case for investing in bitcoin core is pretty straightforward: it’s the largest crypto by a country mile with the deepest liquidity, institutional exposure, futures products, and store of value characteristics. It’s also got a halving that’s less than three months away. When the cryptocurrency market kicks into high gear, it’s a safe bet that bitcoin will lead the charge.

Bear: Bitcoin may be the safest haven for crypto investors, but it’s had 11 years for price discovery to play out. With a lack of innovation to renew interest and no major partnerships to announce thanks to its decentralized design, there’s a risk that investors could get bored and seek out more exotic assets. Moreover, with Lightning Network still failing to deliver, in the event of onchain fees rising to 2017 levels, the Bitcoin network could become unusable, diminishing its market value.

Bull: Ethereum 2.0 is on course to launch within the next four months. If the upgrade passes without a hitch, interest in the smart contract network is likely to surge. Its ability to shrug off all competitors to date, from EOS to Cardano, also stand it in good stead for the next bull run. Throw in Ethereum’s network effects, large developer community, and diverse use cases, and there’s a strong case for investing in ETH.

Bear: Ethereum 2.0 carries serious systemic risks, and failure to launch could impact investor confidence. A major defi hack is another black swan event that could surface at any time. ETH’s loose monetary policy is also a reason why it may be less attractive as a long-term investment, despite the network’s undoubted utility.

Bull: Remember what ripple did in 2017, rocketing from a few cents to over $3 a token? When market mania returns, a repeat feat is not beyond the realms of possibility. Ripple (the company) is also very well connected, and should it secure a major partnership, such as with a tech or payment giant, expect XRP to moon.

Bear: Huge Ripple holdings of XRP, little enterprise usage, and the specter of a securities lawsuit still linger over the third largest crypto by market cap.

Bull: Low onchain fees, significant innovation (e.g. privacy, micro-blogging), merchant adoption, and an enthusiastic community all augur well for the future of BCH. It does all of the things that BTC does, but without the risk of fees spiraling overnight. Some investors see BCH as a hedge against BTC underperforming; if bitcoin core fees rocket, expect bitcoin cash to prosper.

Bear: Much of the roadmap for Bitcoin Cash is based around securing global adoption as a medium of exchange (MoE). Should merchants and consumers trend towards using stablecoins instead of volatile cryptos, BCH could falter. There are also some community disputes over matters such as developer funding to be resolved. While not critical, there is an outside chance that acrimony could lead to factions.

Bull: The machinations of BSV whales such as Calvin Ayre and Craig Wright, coupled with its limited liquidity which enables manipulation, means the Bitcoin fork could pump at any time. When it does, it’s likely to moon.

Bull: Litecoin often leads bitcoin in rallying, serving as the coal mine canary that presages a crypto market upturn.

Bear: As a generic MoE with little to distinguish it from BTC, a fundamental assessment of LTC identifies few attributes that qualify it as moon material.

Bull: EOS initially escaped the worst of this week’s market dump after its inflation rate was cut. The smart contract network has yet to deliver on its promises, but there remains wads of capital for EOS VC to award in grants, which could kick development up several notches. If EOS-powered social network Voice proves a success, there may also be an uptick in investment appeal.

Bear: The EOS network has been afflicted by degradation of service, while the wildly fluctuating cost of onchain resources such as vRAM can make dapps expensive to run at scale.

Bull: Binance is the hardest working exchange in the industry, shipping new products at a dizzying rate. One of the best performing assets of the last 12 months, BNB’s fortunes are closely correlated with those of the world’s largest crypto exchange, which is showing no signs of slowing down.

Bear: Should Binance run into regulatory problems or suffer a devastating hack, expect BNB to plummet.

Bull: One of this year’s best performing cryptos, XTZ could be viewed as undervalued when compared to similar assets such as ETH. Major crypto traders are long tezos, and have the social following to heighten the retail investor FOMO.

Bear: Tezos has yet to deliver significant utility, and there’s a distinct lack of notable projects that have launched on the smart contract blockchain. If Tezos doesn’t start adding real world value soon, XTZ’s goodwill could rapidly be exhausted.

Bull: Chainlink’s transformation from a small cap project into the cryptosphere’s de facto oracle solution, with a $500M market cap, has been impressive. Dozens of major partnerships, with the promise of many more to come, could keep LINK ticking over for months.

Bear: Critics assert that the LINK token has limited utility to justify its market cap, and that Chainlink could operate without it. Few entities are currently using LINK for anything other than speculation.

Bull: A sleeping giant that has been slow to roll out its roadmap, Cardano has yet to realize its potential. If projects begin building on Charles Hoskinson’s Ethereum alternative, ADA could belatedly break out.

Bear: Like LINK, ADA isn’t being used for much aside from trading at present. At some stage, the network will have to start seeing usage, or there will be nothing to justify its valuation.

Bull: A privacy coin that actually works, and which sees respectable usage, particularly on the darknet. As the battle against privacy ramps up, monero stands out as a bastion of onchain anonymity.

Bear: An XRP knock-off with a huge circulating supply and little to differentiate it from its more famous forebear.

Bear: A relatively centralized Ethereum clone whose fortunes hinge largely on the actions of one man.

Bull: The backing of one of the industry’s largest exchanges, with tentacles that reach around the globe, HT should grow with Huobi, particularly if initial exchange offerings undergo a renaissance.

Bear: Siloed within the Huobi ecosystem, HT’s fate is wholly dependent upon that of its issuer.

Bull: Bitfinex’s market share may have diminished, but the exchange remains a dominant force in the cryptosphere. The parent company of Tether is a shrewd operator with the experience and industry support to propel LEO to new highs.

Bear: Yet another exchange token with limited utility.

Bull: If Ethereum 2.0 proves a flop, ETC could pick up the slack and enjoy a commensurate price jump.

Bear: Four years into its lifespan and Ethereum Classic has produced little to shout about. It’s hard to see that changing now.

Which cryptocurrencies do you expect to perform well this year? Let us know in the comments section below.

The post The Bull and Bear Case for Investing in the Top 20 Cryptocurrencies appeared first on Bitcoin News.

Ira Kleiman’s lawyers have recently replied in support of a motion which could force Craig Wright to produce new evidence...