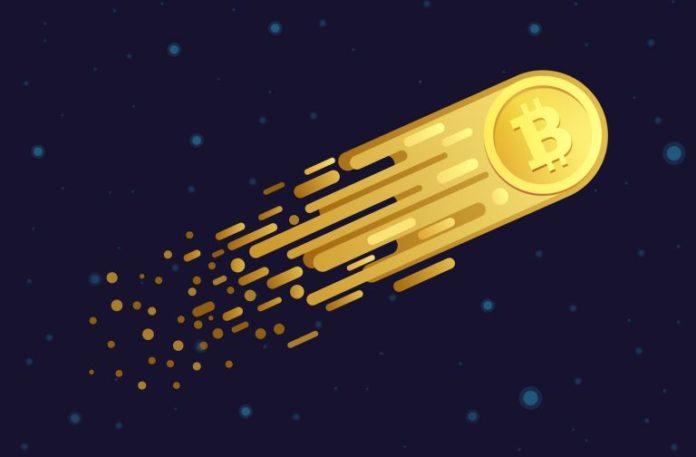 The current price of BTC is roughly in line with the popular stock-to-flow (S2F) system for technical analysis, and if the trend continues some speculate the price of the asset could reach $100,000 within the next two years. Though the S2F tool is still a controversial metric, and various groups have hampered the asset’s capacity previously, the market appears nonetheless to be viewing BTC as a potential reserve currency of the future.

Stock-to-flow analysis, also known as S2F, is a relatively recent development in crypto TA, though the concepts of “stock” and “flow” themselves are of course not new. The basic idea of S2F is that the effect of scarcity on the BTC price can be measured using the current circulating supply of bitcoin and its rate of production, or flow. Digitalik.net defines S2F as follows:

For example, if there is 185,000 tons of gold circulating in the world, and 3,000 tons are produced every year, the S2F for gold can be calculated by dividing supply by flow to get a figure of roughly 62. The number can then be placed into a formula to find the S2F “model price.” When this is applied to bitcoin, where the circulating supply is currently just over 18 million, and roughly 657,000 are mined yearly, the resultant number is between 27 and 28. Of course, taking into account Satoshi Nakamoto’s locked coins, and lost coins, the result would become more favorable. Still, the S2F is currently much lower than that of gold, but BTC involves an element that gold does not: the reward halving.

Effects of the Miner Reward Halving

Since the upcoming reduction in block rewards (May 2020) for miners means that flow will be effectively cut in half, the S2F number jumps up much closer to gold’s. Bitcoin halvings happen roughly every four years, so this number will continue to be sliced in half, and absent major changes, the effect could lead to a continued and remarkable rise in price according to speculators.

As analyst and pioneer of S2F technical analysis @100trillionUSD points out:

“Because halvings have such a big impact on SF, I put months until the next halving as a color overlay in the chart. Dark blue is the halving month, and red is just after the halving. Next halving is May 2020. Current SF of 25 will double to 50, very close to gold (SF 62). The predicted market value for bitcoin after May 2020 halving is $1trn, which translates in a bitcoin price of $55,000.”

As the graphic above illustrates, gold and silver could also be said to follow the same S2F model, the author noting that “Gold and silver, which are totally different markets, are in line with the bitcoin model values for SF.” Planb’s (@100trillionUSD) paper contains detailed descriptions of the mathematics used, and makes observations regarding power law relationships:

Every halving, bitcoin SF doubles and market value increases 10x, this is a constant factor.

At press time, BTC is still following the S2F projected trend quite closely.

Reactions to S2F analysis in the crypto space and mainstream media have been varied, and though many hodlrs and analysts are understandably excited, some remain skeptical. Yet others take more nuanced positions. Given that the model stands or falls on the halving being “priced in,” one observer notes that S2F will likely be accounted for in the future if it isn’t already, claiming:

The S2F model has been eerily accurate since it was introduced. I believe that post-halving the market will begin to more aggressively price in the S2F model as risk assessments change. If the model survives this next test, I suspect it will be front-run to a massive extent.

Israel-based tech group Alef Bit Technologies has asserted the S2F model as popularly applied is critically flawed. “Physical gold cannot be reproduced, not for lack of trying, through hundreds of years of alchemy. Digital gold, however, can be reproduced using ‘digital-alchemy’ (forks or improvement of the protocol),” the group stated in a post to their website. “Therefore, a model which values physical elements by their scarcity, cannot be used to value ‘digital-elements’ or crypto-assets.”

Alef Bet further contends that gold and silver may not be reliable stores of value (SoV) for much longer, due to shifts in cultural understandings and uses of money. Others point out that BTC cannot be a store of value if SoV is the sole value proposition.

For example, BTC once was to be a peer-to-peer electronic cash system, and has since evolved into what many view as “digital gold.” Gold’s SoV, however, was built up and established over thousands of years of market use and trade as money, and not simply a proclamation from fans that it holds value.

In TA there are always myriad factors and potentialities to take into consideration, which is why the confident views of so many prognosticators can be so drastically varied, and even directly oppositional. Still, viewing the trajectories of gold and silver via S2F along with BTC presents a compelling narrative, and only time will tell what the next halving brings. Luckily peer-to-peer-electronic cash for everyone is already available in the form of bitcoin cash, while the world waits to see if BTC can indeed take the crown as the new gold.

What are your thoughts on bitcoin S2F? Let us know in the comments section below.

Why Stablecoins Are a Big Reason to be Bullish on Ethereum

Ethereum is the world’s dominant network for stablecoins and it is still growing. However, with more transactional value taken up...