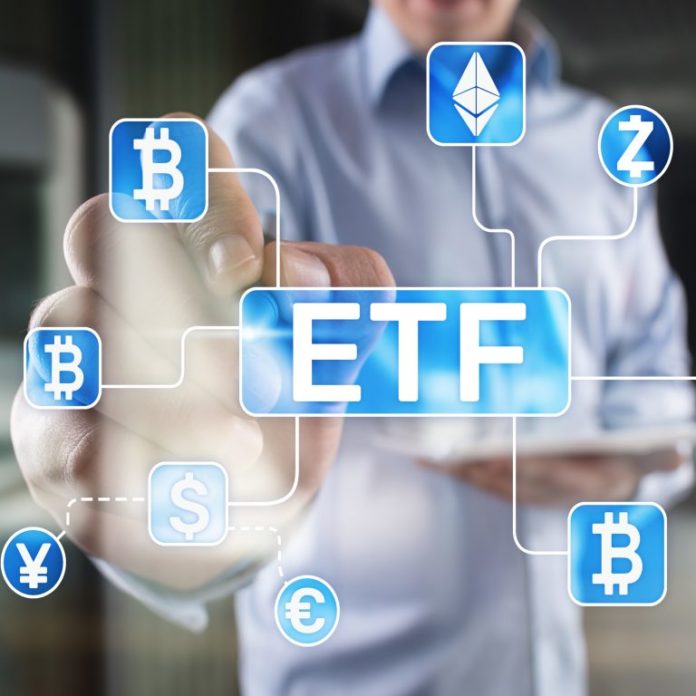 Cryptocurrency exchange Coinbase, a leading US trading platform, has been exploring the development of a crypto-related exchange traded product. The San Francisco-headquartered company has held talks with representatives of the assets manager Blackrock, Business Insider reported quoting knowledgeable sources. The Wall Street giant has extensive expertise in launching similar products and has set up a blockchain working group, despite previous statements it’s not interested in crypto.

Earlier this year, Coinbase launched an index fund of cryptocurrencies aimed at accredited investors. An exchange traded fund (ETF) tied to cryptocurrency, which is likely to track multiple digital coins, would be targeted at and could facilitate the entrance of more mainstream, retail investors into the crypto market. If the company’s plans are confirmed, the California-based exchange will join a number of businesses from the space trying to launch crypto ETFs. The list already includes Gemini, Bitwise and Vaneck.

Regulators have so far rejected a number of proposals. Last month, the U.S. Securities and Exchange Commission (SEC) issued three decisions denying nine Bitcoin ETFs. A day after rejecting the proposed rule changes, however, the Commission initiated a review of all related decisions noting that the rejection orders from August 22 are stayed, as news.Bitcoin.com previously reported. Another US-based exchange, Bittrex, has recently launched fiat trading pairs with two altcoins, cardano (ADA) and zcash (ZEC). Eligible Bittrex accounts, created before September 4, are enabled for trading, the platform announced on Twitter this week. New users will have to submit a request to add USD trading to their accounts after passing KYC procedures. “Cardano (ADA) and zcash (ZEC) have been added to USD (fiat) markets,” according to the post conveying the information about the launch. The crypto trading platform is compliant with the requirements for carrying out fiat transactions since March. A number of Monero (XMR) traders have recently taken to social media and crypto forums to complain that crypto exchange Changelly freezes digital assets requesting KYC (know your customer) verification. According to this tweet, for example, the platform asks for KYC documents after users have already sent the funds and refuses to refund them if they “are not up to par.” Clients trading privacy coins have expressed disappointment with the company’s policies claiming they’ve been effectively robbed after being automatically classified as high-risk users for trying to buy monero via Changelly.

The Prague-based exchange is considered one of the main alternatives to Shapeshift, a leading crypto-to-crypto trading platform which recently announced KYC requirements for its customers. A spokesperson for Changelly has admitted the service can withhold suspicious transactions and hold clients’ funds until they provide the requested information. Quoted by The Next Web, the representative explained:

To all Monero community, our risk management system doesn’t mark all transactions out of the blue… Monero is the crypto that hides sender and recipient thus making transactions untraceable. This is a reason why big amounts of other currency got to be checked before converted to XMR.

The spokesperson also noted that “We have no mistrust of and prejudice towards users trading XMR. The matter relates to a Know-Your-Customer procedure that we had to implement due to the increased number of money laundering cases via our service.” All funds are released and their owners are white-listed once cleared by Changelly’s security department. However, the exchange has admitted that the cryptocurrency is kept for an undisclosed period of time when a customer refuses to provide the required data. Developers of the privacy-oriented altcoin monero have discovered a vulnerability which exposes its wallet software’s accounting functions to cyber-attacks. According to a report released on September 5, the bug is related to the system of encoding transactions with public keys. The flaw in the wallet software allows hackers to access the user’s account, including transaction data. Currently, the extent of the possible damages is unknown and there is no information as to whether the programmers have managed to fix the problem. Other bugs in the Monero network were discovered earlier last month.

Bitcoin Press Release: Blockchain company Sportscasrtr has formed a strategic alliance with WNBPA, which will allow Basketball fans access to...