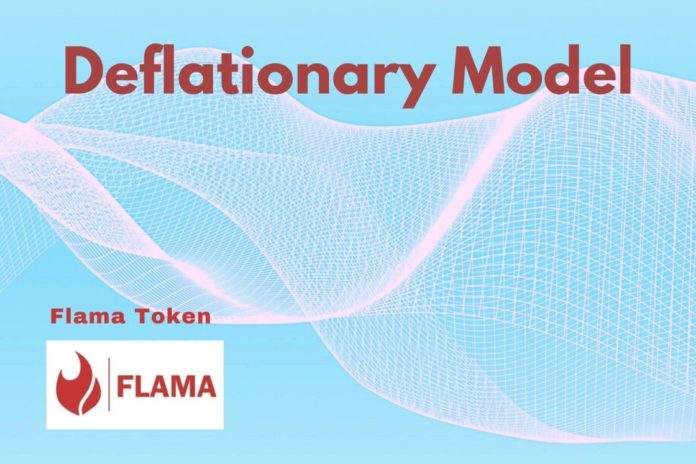 Flama project is a revolutionary token with a unique model that solves existing problems with crypto coins. The token is based on a deflationary model that sees 3% of tokens burned equal to the value of each transaction.

The idea of creating deflationary tokens has been around for years. Numerous deflationary tokens have been created but none enjoyed widespread support as they lacked real-world use cases. Plans to make this a reality are ongoing and the first DApp for the Flama ecosystem will be unveiled on August 15, 2020.

Flama Token solves this issue by creating a deflationary token with support for DApps and a decentralized marketplace. It aims to power the future of the Decentralized Finance (DEFI) world while also solving various issues plaguing the sector such as the high price volatility of tokens.

The Flama token introduces an innovative solution via a deflationary model. This model works by having 3% of the token supply value of each transaction burned. In the process, 2% of Fire are burned while 1% go to staking Star Struck. It ensures that the token’s value grows with time and is accepted as a true medium of exchange in daily transactions as well as a store of value. Besides that, the team designed an infrastructure that supports the deployment of decentralized apps.

Powerful Team behind the Token

CEO Antonia Fernández leads the Flama Token team. The team is lucky to have the founder of Bitcoin Gold join them. By changing the PoW algorithm, Bitcoin Gold eliminated mining using ASIC miners. As a result, it ensured that the mining of the coin remained democratic and not concentrated in the hands of a few people who can afford ASIC miners. His experience and input in creating a token that changed the BTC PoW mechanism have been useful to the development of the Flapp Token.

The Flama blockchain project and its native token Flapp (FLAP) is designed to power an ecosystem of decentralized DEFI and for the developers and users of DApps. Flama token is the first deflationary token that supports smart DApps. Before Flama, all deflationary tokens were experimental and had no real use cases. The Flama token had no ICO, no pre-mine, and no airdrop. Flama Token (FMA) is available on the Bilaxy exchange.