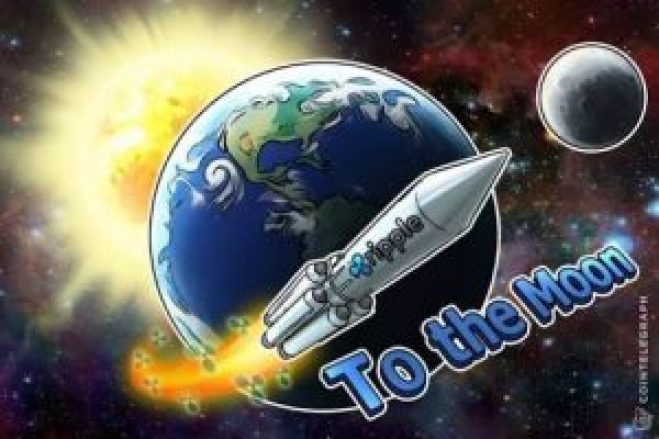 Ripple (XRP) – trading in cryptocurrencies is not appropriate for all investors. Their prices can fluctuate widely and at the same time, past performance of the cryptocurrency does not guarantee future results. The trading history for cryptocurrencies presented is less than 5 years and to the long-term investors, it might not provide enough basis for an investment decision.

During the last week of March, the cryptocurrency market took a bad turn with different reports showing almost $10 billion was wiped from the market cap in the first quarter. Ripple was the first cryptocurrency to be affected but happily, its prices are now stabilizing. Ripple Is now posting a 5.01% growth to trade at $0.519529 per Ripple XRP coin.

Most of the cryptocurrencies and Ripple being one of them dealt a blow at the end of March as Twitter announced cryptocurrency ads for Initial Coin Offerings (ICOs) will be banned. Twitter said it has added a new policy for Ads relating to any cryptocurrency. This means the advertisement of ICOs and token sales will be completely prohibited globally under this new policy. As compared to BTC the most stable cryptocurrency in the market today and the US dollar, Ripple’s price is showing positive signs and the outlook is predicting it could collect much higher as long as its above $0.480. this might be a good sign but for investors, another question might be ringing inside their minds.

Why are Ripple prices rising

Ripple and other cryptocurrencies might have been left hanging on a thread the last week of March when their prices consistently dropped from the green zone to the red across the market but its prices did not only stabilize but it also started to rise. News of Facebook dropping advertisement of all cryptocurrencies combined with a continued albatross of central regulation and widespread hacks and this hanged around the necks of miners. Bitcoin, on the other hand, registered a new low and according to many cryptocurrency investors and miners as well, it dipped closely to its death cross and this sent the investors into a stress pot.

Remember Bitcoin is considered to be the bull in the cryptocurrency market and this means many investors were maybe looking at the exit options with other cryptocurrencies and this is one reason why Ripple prices are rising However, the crypto market has now stabilized with the bulls now pushing back in the market which is bringing the prices back up in time for tax deadline in the US. This means investors are expected to pay capital gains tax and it requires an influx of cash to cover. Analysts are now predicting a boom in price and a surge in sales through mid-April to help facilitate this.

Other news surrounding the price rise of Ripple is that it is joining the Hyperledger Consortium. This is a collaborative blockchain project formed in 2015. The project aims to improve the overall performance of blockchain networks to help integrate the involved technology with businesses across the world. Hyperledger has added more than 200 partners to its consortium since the first pool of partner organizations was announce back in 2016. Hyperledger has now announced the addition of Ripple to its rank and other 13 companies and organizations joining at around the same time and this has also made an impact on the increased price of Ripple. Ripple Labs the founder of XRP has also continued to market the cryptocurrency globally to sustain trading and to also try and stabilize the crypto. Ripple is one of the cheapest cryptos to send with transactions costing $0.0037.

Ripple Labs recently announced a Money Tap app to more than 60 of its Japanese partnered banks in its bid to implement the blockchain technology in finance. The app is expected to expedite payments in a “safer, faster and more efficient” way according to the CEO Takashi Okita. This has hit the right spot in the cryptocurrencies market putting Ripple on the spot. This is because financial institutions have been looking for new ways to make cryptocurrencies transactions cheaper and more responsive.

Ripple is making partnerships with international banks and through them utilizing the blockchain technology and too many analysts, this suggests Ripple prices are getting close to an inflexion point. These partnerships across the Middle East, South America, and Asia are helping bring Ripple closer to the major players of cryptocurrencies and push them forward as a major cross-border transaction option and as a major interbank.

This is a turn of optimism for Ripple and this will help make Ripple one of the best and most successful cryptocurrencies on the market. According to McCaleb, Ripple’s co-founder, the secret ingredients to a successful crypto is widely distributing the underlying currency behind their holding firm. The company is trying to build an internet level protocol and according to McCaleb, this is best done by a non-profit entity.

What they aim to achieve is interoperability. For example, if the internet was created by a full profit company, the world would be in a different world. Ripple is trying to achieve interoperability by getting a system that works how information on the internet works. You can send money anywhere and this is the kind of structure and governance that wasn’t done in Ripple.

Why invest in Ripple XRP now

Ripple is one of the cheapest cryptocurrencies today and it is not expected to be this cheap anymore. Investors are encouraged to invest in Ripple XRP right now and some of the reasons include:

These are just some of the reasons the value of Ripple XRP is expected to stabilize and rise making it a great investment option for the crypto investors. Right now, Ripple XRP is going for a really affordable price and an opportunity like this doesn’t appear often.