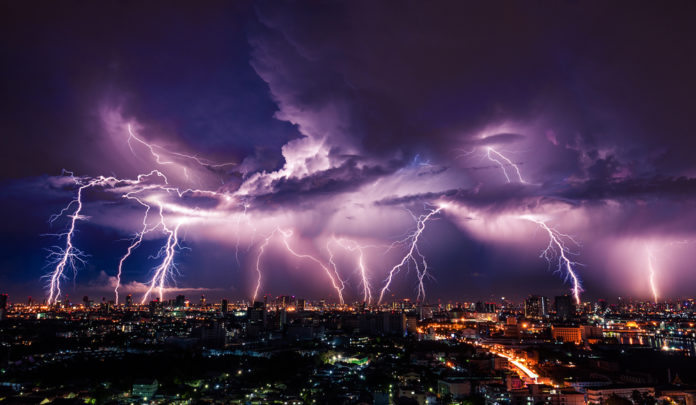 The end of 2017 showed how powerful mass speculation can be. It took the price of Bitcoin from around $1,000 at the beginning of the year, to $20,000 at its peak. This was all based on technology in its infant stages, which was ironically unable to handle the speculative growing pains placed upon it.

Whether the subsequent price decline was due to market psychology, the novelty of the tech, or a combination of both, blockchain developers are using the opportunity to strengthen the network, preparing it for the next influx in activity (assuming the bulls are on their way).

The Lightning Network is a protocol that runs on top of a cryptocurrency, in this case Bitcoin, allowing it to scale for widespread use. The main benefits, listed on the Lightning Network website, are instant payments, scalability, low transaction fees, and cross blockchain capability. This is accomplished by creating separate payment channels, or nodes, which don’t require users to interact with the mainchain for every individual transaction.


This requires users to set up a multi-signature wallet, and at least one user to deposit funds into the wallet. The wallet address, along with a smart-contract-powered balance sheet, is then recorded on the mainchain. Users can perform an unlimited number of transactions on their newly created payment channel, while verifying balance sheet accuracy every step of the way.

While anybody can set up their own payment channel, it’s particularly beneficial for merchants, who sometimes perform thousands of transactions in a single day. As more payment channels are activated, the lightning network capacity will increase, allowing faster transactions for all connected users.

It’s common to judge the value of a blockchain by its market cap, but it’s likely more reliable to judge a blockchain by how useful it is, or rather, how much it’s actively used. The opportunity to solve the Bitcoin scalability problem caught on quickly, and within a month of its implementation, developers were releasing Lightning Apps (LApps). The more LApps created on Lightning Network, the more use the blockchain will theoretically experience.

The first LApp came from Lightning Labs in early 2018 in the form of a desktop wallet. This was the beginning of a long list of LApps being released throughout the rest of the year, some of the more notable ones being:

The Lightning Network has been a major focus for the Bitcoin community for the past year, and unless we see a major set back, we’re likely to see continued network growth throughout all of 2019.

This is due to projects like CasaNode, which make creating and operating a full node possible for non-technical minds, and recent developments like Sphinx, which allow Lightning Network users to send funds without creating an invoice first.

A growing number of useful LApps could cause an increase in Lightning Network capacity, making the mass adoption of all cryptocurrencies more feasible. With all the benefits present in this smart-contract update, Lightning Network as a solution to the scalability problem also poses its own set of risks.

A Risk to Decentralization?

As with all changes, the Lightning Network has its fair share of critics, and it’s only fair to consider what they have to say. Some believe that the Lightning Network poses a threat to the decentralization of the network, giving individual entities the opportunity to own a majority of active nodes. This has proven to be a legitimate concern, as highlighted in a recent article by TheBlock.

One entity (LNBIG), holds a concerning 64% of the Lightning Network’s total capacity, distributed among only 20 nodes.

Since LNBIG nodes didn’t make an appearance until late 2018,  it’s important to view this information within the context of the entire year. It was reported in June 2018 that the Top 10 Nodes were responsible for 53% of network capacity — a number that has since declined to 38%. So while the Top 10 Nodes have weakened, a single entity has exerted control over a majority of the network.

Another criticism was outlined by Jonald Fyookball, creator of the Bitcoin Cash lite client, Electron Cash. While it’s clear Fyookball might be incentivized to downplay the implementation of Bitcoin’s biggest update, it’s worth considering his argument:

When researching anything, it’s important to look at the situation from all angles and perspectives, and get as much context as possible. There’s a lot of promise and hype surrounding the Lightning Network project, so it’s refreshing to look and listen for counterpoints, and also consider the novelty of the upgrade.

It’s possible that the risk to decentralization serves as temporary “scaffolding” for the protocol to be built, ready to be removed as the network expands. As the node count grows, the amount of channels per node is also growing, leading to the spread of what many believe to be the solution to the scalability problem. As running a node becomes more accessible to the crypto community, and more transactions are made, transaction fees would then increase, leading to an increased incentive to own a Lightning Node. Improved LApp development will inevitably lead to a more attractive payment gateway for merchants, which could be where the Lightning Network shines brightest.