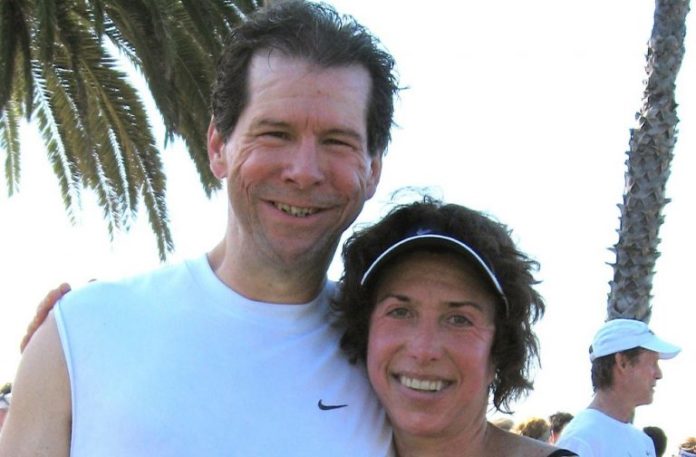 The identity of Bitcoin’s pseudonymous founder is the subject of endless and dedicated speculation among the hardcore crypto crowd, and for good reason: the mystery truly is enticing. While the oft-cited candidates are many, there’s something special about avid runner, cypherpunk and early Bitcoin contributor Harold Thomas Finney II, better known simply as Hal, that makes people want to believe he’s the one. All wishful thinking aside, though, an examination of the facts is illuminating.

Finney graduated from world-renowned Caltech with an engineering degree in 1979. After working in computer game development for some years he then went on join the PGP Corporation, creating some of the first “pretty good privacy” the world had seen. Finney was an OG cypherpunk, a member of the early 90s mailing list and avid developer and philosopher when it came to crypto solutions for preserving privacy, anonymity and financial autonomy.

Among his pre-Bitcoin accomplishments are the creation of the first known anonymous remailer and a 2004 reusable proofs of work (RPOW) digital cash system. He also famously received the first ever bitcoin transaction directly from Satoshi. These basic facts are impressive enough, but it stands to take a more detailed look at some coincidences and other nuggets that could shed light on whether there’s truly a case to be made for Hal as Nakamoto. First though, a quote from Finney via a 1992 cypherpunks email:

Here we are faced with the problems of loss of privacy, creeping computerization, massive databases, more centralization – and Chaum offers a completely different direction to go in, one which puts power into the hands of individuals rather than governments and corporations. The computer can be used as a tool to liberate and protect people, rather than to control them. GPUs would prematurely limit the incentive to only those with high end GPU hardware … I don’t mean to sound like a socialist, I don’t care if wealth is concentrated, but for now, we get more growth by giving that money to 100% of the people than giving it to 20%.

As libertarian anarchists are typically individualist and opposed to socialism, this is a noteworthy statement from Satoshi.

Down the Street From Dorian Finney was famously discovered to have lived just blocks away from a real life Satoshi Nakamoto in small town Temple City, CA; a Japanese-American man named Dorian Satoshi Nakamoto. Though Newsweek quoted Dorian as saying “I am no longer involved in that [Bitcoin] and I cannot discuss it,” and “It’s been turned over to other people,” Nakamoto has since issued a statement emphasizing his denial of the explosive Newsweek hound piece, noting: “I did not create, invent or otherwise work on Bitcoin. I unconditionally deny the Newsweek report.” He also explained that due to previous work contract stipulations, he was not at liberty to speak about any past projects, and thus the misunderstanding in Newsweek’s assumption he meant Bitcoin.

Some zealous Satoshi hunters theorize Finney may have used Dorian as an inspirational pseudonym of sorts, to honor the humble and financially embattled California coder who noted in his official statement: “I have not been able to find steady work as an engineer or programmer for ten years. I have worked as a laborer, polltaker, and substitute teacher. I discontinued my internet service in 2013 due to severe financial distress.”

Hal Finney was one of the first ever people to show genuine interest in Satoshi Nakamoto’s peer-to-peer cash proposal, noting that “When Satoshi announced Bitcoin on the cryptography mailing list, he got a skeptical reception at best. Cryptographers have seen too many grand schemes by clueless noobs. I was more positive.” He was also probably the first person other than Satoshi to run bitcoin. Real-life distance runner Hal tweeted famously all the way back in January 2009: “Running bitcoin.” In one notable email to Finney, Nakamoto writes:

I just thought of something. Eventually there’ll be some interest in brute force scanning bitcoin addresses to find one with the first few characters customized to your name, kind of like getting a phone number that spells out something. Just by chance I have my initials.

The bitcoin address Satoshi is referring to is his own, in the message, and it is 1NSwywA5Dvuyw89sfs3oLPvLiDNGf48cPD — the first two letters being “NS.” There are a couple things that have sparked intrigue for Satoshi sleuths here. For one, Japanese names are traditionally stated and written with family names first, so the guy known as Satoshi Nakamoto in the U.S. would be called Nakamoto Satoshi (NS) in Japan. However, based on Nakamoto’s fluid English writing style and immaculate grammar — not to mention non-typically Japanese sleep schedule — there is doubt as to why the otherwise “Westernized” Bitcoin creator would point to initials in the Japanese order. Perhaps Finney was familiar with this aspect of the culture and, writing to himself as Satoshi, let it slip out.

Some think the initials stand for “Nick Szabo,” another early cypherpunk, creator of the Bit Gold forerunner to Bitcoin, and contemporary of Finney who corresponded with him extensively. While this theory might seem to point to Szabo, and not Finney, as Satoshi, some Satoshi hunters view the pseudonymous creator of Bitcoin as a group project of sorts, comprising two or more actors.

Hal Finney retired from the PGP Corporation in early 2011. Satoshi Nakamoto’s last known email correspondence is dated April 26, 2011. Writing to developer Gavin Andresen after having effectively turned the Bitcoin project over to his leadership, Satoshi states: “I wish you wouldn’t keep talking about me as a mysterious shadowy figure, the press just turns that into a pirate currency angle. Maybe instead make it about the open source project and give more credit to your dev contributors; it helps motivate them.” Andresen replied, informing Satoshi he’d been invited to speak at an event connected with the CIA. Nakamoto never wrote back. Like Szabo and many others in the space, Hal Finney was deeply interested in Extropianism and cryonics, and after his untimely passing due to amyotrophic lateral sclerosis (ALS) in August, 2014, his body was cryogenically preserved at the Alcor Life Extension Foundation in Arizona. Just 17 days after the initial diagnosis, five years earlier, he tweeted:

Just got back from 11 mile run – really treasure each one now.

Hal Finney’s contributions in bringing Bitcoin to where it is today can hardly be overstated. A rarity in the domain of hackers, crypto geeks and cypherpunks is Finney’s warm spark of childlike enthusiasm and down-to-earth approachability that brought a human element to his work and legacy. Whether he is Satoshi Nakamoto, of course, remains unknown. The fact that Bitcoin is still running is undeniable.

The post The Many Facts Pointing to Hal Being Satoshi appeared first on Bitcoin News.

How Many Trades Do Crypto Exchanges Actually Process?

How many trades are actually processed per month, day, second on crypto exchanges? The answer is anybody’s guess, because no...