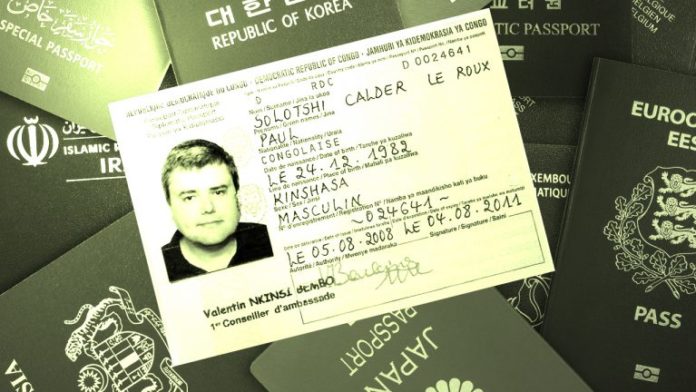 The 48-year old former programmer and criminal cartel boss, Paul Calder Le Roux, was deemed a Satoshi Nakamoto suspect in the spring of 2019. The suspicion caused a few people to believe Le Roux is the most credible Satoshi yet, and to this day individuals still think it is him. The following editorial is the eighth installment of news.Bitcoin.com’s “the many facts” series, with a comprehensive look at the circumstantial evidence that is tethered to Paul Le Roux and Bitcoin’s mysterious creator.

Paul Le Roux is a former cartel boss, DEA informant, and software programmer who resides in jail after he was arrested for various crimes in 2012. There are a number of reasons why people believe Le Roux may have created Bitcoin and the first circumstantial evidence appeared during the Kleiman v. Wright lawsuit.

During the discovery period in the lawsuit, Craig Wright filed a motion for a protective order and the filing had a significant number of redactions. However, there was one unredacted footnote in Wright’s filing called “Document 187,” which was the URL to Paul Le Roux’s Wikipedia page.

As soon as this unredacted footnote was made public it went viral on cryptocurrency forums and social media platforms like Twitter. People began to suggest that Le Roux was possibly Bitcoin’s creator and somehow Wright obtained access to the criminal’s hard drives.

Individuals also suggested that Le Roux being a former software engineer shows he had the technical expertise to create the cryptocurrency. For instance, Le Roux is responsible for creating an open-source disk encryption platform called E4M. Additionally, a fork of E4M called “Truecrypt” was also released but Le Roux denies involvement with the project. When he was arrested in 2012, people believe this may be why Satoshi Nakamoto dipped out of the public’s eye in December 2010. U.S. law enforcement arrested Le Roux on September 26, 2012, for narcotics charges, seven murders, and operating a criminal cartel.

Bitcoin was a project of an evil genius … Paul Solotshi Calder Le Roux. He intended it simply for the purpose of money laundering … Unfortunately, soon after he went quiet with the Satoshi identity, he was captured by law enforcement, and he’s going to spend the rest of his life rotting in a jail cell. Furthermore, another piece of circumstantial evidence tied to Le Roux is his E4M Manifesto which bolsters ideas of a “strong Encryption is the mechanism.” Then after the rumors of Le Roux being Satoshi settled in the spring of 2019, in July investigative journalist Evan Ratliff explained in a Bitcoin.com podcast archive that he thinks Le Roux is “the most credible Satoshi yet.” Ratliff also explained in a Wired article that he believes the criminal mastermind Le Roux created the Bitcoin network.

Then in a surprise plot twist in 2020, Paul Le Roux told the Manhattan Federal Judge, Ronnie Abrams, he was going to “start a business selling and hosting bitcoin miners.” Le Roux said in great detail that he created a custom application-specific integrated circuit (ASIC) with “special optimizations.”

“These optimizations have allowed me to create an ASIC chip design, and therefore ASIC miners, that have an order of magnitude faster at bitcoin mining than any current design, to this end I plan to pub my knowledge and skills to a better and legal use,” Le Roux stressed to the judge.

There is some circumstantial evidence that Le Roux could be Satoshi Nakamoto but the evidence is quite weak. There’s really no smoking guns that suggest Le Roux is Bitcoin’s creator except for the possibility of technical expertise and the coincidental disappearance timeframe.

In addition, the circumstantial evidence and speculation stemming from the Kleiman v. Wright lawsuit, which is loaded with discrepancies too. So far, no one has been able to substantially connect Paul Le Roux with Satoshi Nakamoto and clues lead to a number of dead ends.

What do you think about the claims that say Paul Le Roux may be Satoshi Nakamoto? Let us know in the comments below.

The post The Many Facts Pointing to Paul Le Roux Being Satoshi Nakamoto appeared first on Bitcoin News.

Sometimes things just take a little longer to reach the sunny shores of South Africa. We get it, and for...