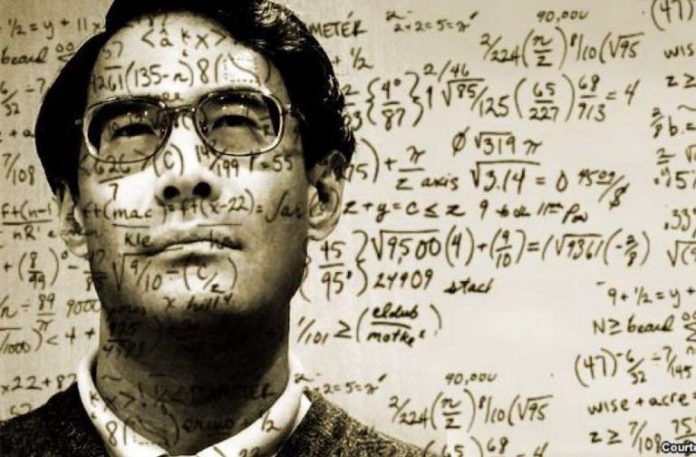 A lesser known, yet uniquely compelling candidate for the real Satoshi Nakamoto is Japanese mathematician and number theorist Shinichi Mochizuki. With a long history of mathematical innovation, and purportedly proving conjectures thought to be near impossible to verify, he seems to almost come from an alien world. Mochizuki further painstakingly avoids the spotlight. Some, like American computer scientist and co-inventor of hypertext, Ted Nelson, go so far as to call him Satoshi.

Also Read: “I Designed Bitcoi… Gold” – The Many Facts Pointing to Nick Being Satoshi

As Paul Rosenberg states in his blog post “Be the Outsider,” everything that ultimately innovates comes from a private space, on the fringes of society: “Please believe me that the coolest things happen outside, and not within the hierarchies of the status quo … Outside is where personal computers came from. It’s where the Internet came from. It’s where Bitcoin came from … Nearly everything cool comes from outside.”

Japanese mathematician Shinichi Mochizuki fits this unorthodox form as well. Attempting to solve “impossible” problems, focused only on his work and hiding from the spotlight, the 50-year-old professor Mochizuki has chosen not to submit his most revolutionary ideas for formal review. He has instead — much like Satoshi Nakamoto — surreptitiously placed them on the internet, and walked away.

Child of an international marriage, Mochizuki moved with his family from Japan to the United States at age five, and would go on to graduate Philips Exeter Academy in New Hampshire at age 16. From there it was Princeton University for a bachelor’s degree and Ph.D in mathematics, lecturing at Harvard for two years, and then a return to Japan in 1994. Mochizuki is currently a full professor at Japan’s prestigious Kyoto University.

In spite of impressive accomplishments and accolades such as proving Grothendieck’s conjecture on anabelian geometry in 1996, and being invited to speak at the International Congress of Mathematicians, nothing would cause such a stir as his alleged proof of the ABC Conjecture in 2012. The conjecture is described as a “beguilingly simple number theory problem that had stumped mathematicians for decades.”

What math experts found in reviewing the proof, however, was that they couldn’t even understand it, and Mochizuki couldn’t be bothered to explain. Caroline Chen notes in her article The Paradox of the Proof:

Usually, they said, mathematicians discuss their findings with their colleagues. Normally, they publish pre-prints to widely respected online forums. Then they submit their papers to the Annals of Mathematics, where papers are refereed by eminent mathematicians before publication. Mochizuki was bucking the trend. He was, according to his peers, “unorthodox.” But what roused their ire most was Mochizuki’s refusal to lecture.

Much like Bitcoin had been carefully dropped off as an alien creation on obscure corners of the internet at its inception, Mochizuki had dropped off a supposed bombshell in the field of mathematics and stepped back. He had even created his own terminology over a decade of isolated research which other mathematicians couldn’t parse.

Chen explains: “Then Mochizuki walked away. He did not send his work to the Annals of Mathematics. Nor did he leave a message on any of the online forums frequented by mathematicians around the world. He just posted the papers, and waited.” An American Background in British English

Critics of Satoshi theories placing a Japanese as Nakamoto often cite Satoshi’s impeccable command of the English language and grammar in correspondence, and the cleanliness of his writing style. As a native speaker, this would have been a non-issue for Princeton salutatorian Mochizuki.

Also frequently cited is Satoshi’s use of typically British English expressions and spellings such as “bloody” and “colour.” Interestingly, Mochizuki’s mentor and doctoral advisor from Princeton, Gerd Faltings, is a German national. The two would have presumably communicated in English at Princeton in an academic setting, and the English formally taught in Germany is typically British English. Mochizuki would have also undoubtedly been exposed to the British usages at his prestigious boarding school, Philips Exeter Academy.

The inventor of hypertext, computer scientist and philosopher Ted Nelson feverishly rushed to produce an entertaining and insightful video on Mochizuki in 2013 after reading an article about him and deciding that Shinichi Mochizuki was indeed “the one.”

Lack of Explanation and Evasion of the Spotlight

Sorry to be a wet blanket. Writing a description for this thing for general audiences is bloody hard. There’s nothing to relate it to.

So read the words of Satoshi Nakamoto from a July 5, 2010 post to Bitcointalk.org, in attempting to define Bitcoin for a wider audience. Like Bitcoin, Mochizuki’s purported proof of the ABC Conjecture was a novel contribution not readily grasped by the public, or even experts. With a stated goal of establishing “an arithmetic version of Teichmüller theory for number fields equipped with an elliptic curve … by applying the theory of semi-graphs of anabelioids, Frobenioids, the etale theta function, and log-shells,” even the world’s premier mathematicians were stumped, and Mochizuki couldn’t be bothered to explain.

When asked by a well-known university to visit and expound on the proof, Mochizuki reportedly stated “I couldn’t possibly do that in one talk.” He then refused even when offered more time. Friend and colleague of Mochizuki, Oxford professor Minhyong Kim, states that Shinichi is a “slightly shy character,” noting:

He’s a very hard working guy and he just doesn’t want to spend time on airplanes and hotels and so on. Japanese culture is quiet, reserved, and hardworking, generally speaking. Humility and politeness go hand-in-hand with and an almost painful aversion to being the center of attention. In Japan it is viewed as graceful and appropriate to do one’s work quietly, complete the task, and not make much of a fuss about it. This can be very different from the general Western individualist ethos, which often calls for flashy attention or a prize in the face of groundbreaking accomplishment.

On a linguistic aside, the name Shinichi means “new one” in Japanese, and interestingly shares a syllable count with Satoshi. The surnames line up syllabically as well, but this could be nothing more than mere coincidence.

The most obvious argument against Shinichi Mochizuki being Satoshi Nakamoto is a glaring lack of known background in computers, coding, and cypherpunk ethos and knowledge. It’s hard to imagine though, that a scholar of his caliber in the field of mathematics would not have at least some working familiarity with these fields. Critics have pulled no punches in attempting to put the Mochizuki as Satoshi theory into the cultural paper shredder, even leveraging insult to do so. Still, like the other candidates in this series so far, Mochizuki merits examination on a variety of counts, and further adds to the mystery of the hunt for Bitcoin’s pseudonymous creator.

The post The Many Facts Pointing to Shinichi Being Satoshi appeared first on Bitcoin News.