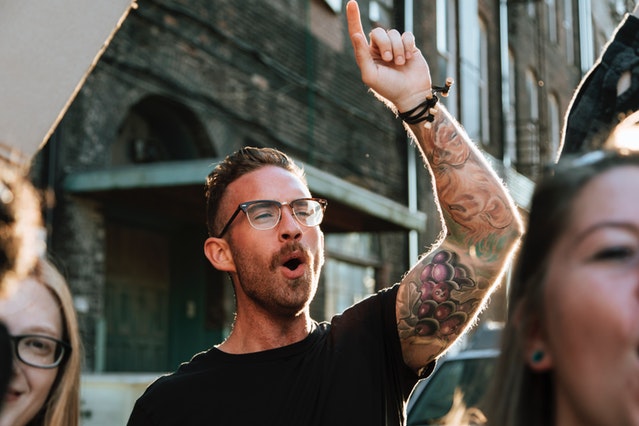 The crypto market’s recovery progresses further, and at a rapid pace, at that. Bitcoin has just surpassed the $8,000 mark, which is the first time its price has been that high since July of last year. In addition, the entire crypto market is making billions within hours.

While many are wondering whether this is a return to the massive heights seen back in 2017 or only a temporary surge which will soon see a correction — no signs of an upcoming decline have been noticed as of yet. In fact, new heights were made and then exceeded multiple times in the past week, with a massive 33% gain during that time. And, with Bitcoin’s dominance at 60%, many are expecting that massive altcoin surges are to be expected as well.

The growth of altcoins can already be seen, as Bitcoin is far from being the best-performing coin currently. While ETH has seen only slightly smaller growth, going up by 10.7% in the last day, XRP has been the best-performing cryptocurrency among the top 10 largest coins, with the growth of 22.29% in the past 24 hours. In fact, only around five coins among the top 100 largest cryptocurrencies are currently trading in the red, which is a major signal that the investors are extremely optimistic right now.

Experts have been expecting such a response from the altcoins for a while now, as the last time BTC dominance went up to 60%, the coin’s price surged by $10,000 within a month. This was, of course, back in early December 2017, just before BTC reached its all-time high at $20,000. At the same time, altcoins were progressing rapidly, and while their growth now is more than simply notable — it has yet to reach December 2017 levels.

What to expect next?

In the following days, analysts expect BTC to hit $8.200 and find a major resistance at this level — one that might cause a correction down to $6,400. Even so, all predictions that BTC will drop below $3,000 are long gone.

As for the state of the entire crypto market, it has just reached the highest level in eight months, and its’ market cap continues to rise. Apart from the market cap, the volume levels are surging as well, approaching $97 billion at the time of writing. This marks a 24% surge of the market cap from last week and a massive, 87% growth from early 2019.

As for the future, it is difficult to predict what might happen. The $8,200 mark might cause a correction for BTC, or it might be broken — with, or without effort. The unpredictable nature of cryptocurrencies has brought as many predictions as there are analysts to make them. All that is certain right now is that another bullish wave has arrived and that this one might be the one everyone was waiting for nearly 16 months.

Photo by rawpixel.com from Pexels

The post The New Rally Has Arrived: Crypto Market Cap Goes up by $24 Billion Within a Day appeared first on Global Coin Report.

Bitcoin (BTC) is finally back on track, with the world’s largest cryptocurrency recently reaching heights that were not seen in...