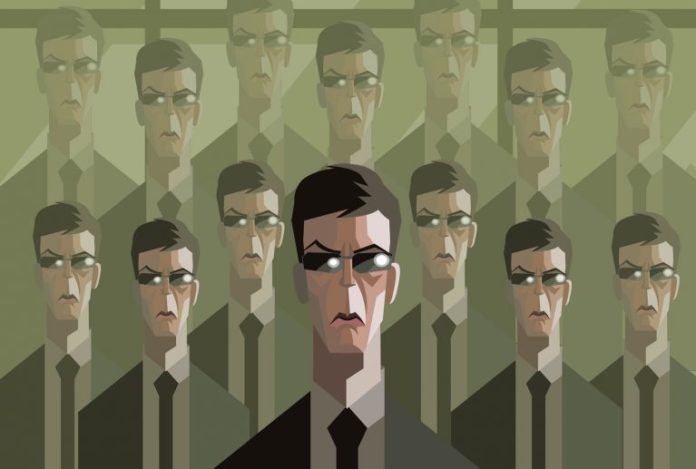 Kathryn Haun, a general partner at U.S. venture capital firm Andreessen Horowitz, has revealed in recent interviews how she helped take down the Silk Road when she was working for the Attorney General’s office. According to her accounts, the U.S. government agency also asked her to help “start shutting down technology before it’s built.” Haun’s story also highlights how the U.S. government’s evidence against the Silk Road transpired because of double agents.

Kathryn Haun Was Asked to Disrupt Bitcoin in 2012

During the last few years, governments worldwide have been cracking down on digital assets like on and off-ramps that are tied to fiat. Regulations are far stricter than they were in the early days, when governments first heard about cryptocurrencies like bitcoin. Andreessen Horowitz general partner Kathryn Haun has a lot of experience working with government agencies when it comes to the cryptocurrency economy. She witnessed the takedown of the Silk Road darknet marketplace and before she started she was even asked to help dismantle the Bitcoin network. During an interview with CNBC, Haun revealed how a colleague mentioned the up and coming technology to her in 2012.

“‘We have this perfect assignment for you – there’s this thing called Bitcoin and we need to investigate it,’” Haun told the news outlet on October 6. “That was the first time I’d ever heard of bitcoin,” she added.

Attempts to shut down Bitcoin by agencies such as the U.S. Department of Justice were fruitless ventures, Haun detailed. “It would have been akin to saying ‘let’s go prosecute cash,’” the former prosecutor said. “What we heard with Libra were the same criticisms [about Bitcoin],” Haun remarked. While discussing the similarities between her early days with Bitcoin in contrast to Libra, she continued:

They got more attention because of the high-profile nature of the project and the fact that Facebook was involved. I think it would be a really dangerous thing, and frankly a dangerous precedent to start shutting down technology before it’s built.

During another recently published interview with Haun, the Andreesen Horowitz partner spoke with Hayman Capital founder Kyle Bass about her role during the prosecution of the Silk Road marketplace. “The Silk Road was making millions of dollars a month and they were generating a lot of revenue,” Haun stressed. She doesn’t remember exactly how the Silk Road case got opened in New York, but she recalls Senator Chuck Schumer read a Wired article that prompted him to wonder why the marketplace was allowed to exist. “So the Southern District of New York, which is another Attorney General’s office – I was in the U.S. Attorney General’s office in San Francisco – SDNY opened the case and was trying to figure out who was behind the Silk Road. At this same time, a D.C. office was also trying to figure out who was running the Silk Road — And there were parallel investigations going.”

Haun explained that the government had task forces comprised of many alphabet soup agencies: “We’re talking the FBI, CIA, Secret Service, DEA, ATF, and the U.S. Marshals,” she underlined. “One task force, the one out of Washington D.C., they had an undercover agent. That undercover agent was able to befriend the person running the Silk Road. All the government knew at the time was that the person running the Silk Road went by the nickname ‘DPR’ for ‘Dread Pirate Roberts’ from the movie ‘The Princess Bride.’ So they didn’t know who DPR was, but the undercover agent actually set up an attempt to buy the Silk Road.”

According to the former prosecutor, the undercover agent struck many online conversations with DPR and proceeded for the next two years to engage and message with the moniker. “A lot of things went wrong on both sides — From the Silk Road side, 2013 was a really bad year for the Silk Road because what you had was a person who had an online persona called ‘Death from Above,’” Haun said. “Death from Above starting extorting DPR and saying ‘if you don’t pay me hundreds of thousands of dollars in bitcoin I’m going to reveal your identity to law enforcement.’ Meanwhile, there was another online persona who went by the moniker ‘French Maid.’ French Maid was selling DPR information about the government’s investigation. French Maid told DPR the Feds are closing in and the end is near and you are about to be had.” Haun added:

The government didn’t know any of this then and it all came out after the fact. In the midst of this, something else really bad happened in 2013 — About 21,000 bitcoins, which is today in excess of roughly $150 million dollars, went missing overnight from the Silk Road. From Silk Road vendor accounts and from what you might consider the petty cash account — Although there’s nothing petty about 21,000 bitcoins.

During the remainder of the interview, Haun discussed Curtis Green’s role with the Silk Road and said Green showed the Feds “how the Silk Road worked, how to log into it, how to reset vendor PINs and passwords, and of course [Green] had that access because he was the key administrator.” Haun also said Green even gave his laptop to the Feds to keep as evidence. The discussion with Kyle Bass shows how government agents claim to have dismantled the Silk Road from the words of a former Federal prosecutor. However, Haun wasn’t involved with the DPR takedown first hand, but she was very much involved with investigating rogue agents. At first, when she heard about the first rogue agent she took it with “a grain of salt” and actually said it was a shame the tipster was smearing a Federal agent’s good name. But the tipster was insistent and she decided to look into it.

“We saw that this agent who we got the tip for was liquidating hundreds of thousands of dollars, if not millions a month, in cryptocurrency. So I thought it’s probably another undercover operation and there’s probably a legitimate explanation,” Haun explained.

Haun concluded that the rogue agent was caught telling exchanges to destroy transaction histories. Because undercover agents who are running undercover operations shouldn’t be asking for evidence to be destroyed, it raised a red flag Haun said. Her team found a “pattern of really bad behavior to put it mildly” and in the end, it turned out the rogue agent was both online personas: French Maid and Death from Above. Essentially, the interview with Haun shows that Curtis Green, Shaun Bridges, and Carl Mark Force were acting as double agents during the entire investigation. The discussion with Haun further highlights how the Silk Road case was quite messy and many constitutional laws were broken by rogue agents in order to disrupt the site. Still, the U.S. government, with no thought toward constitutional law and a complete disregard for true justice, based all their Silk Road evidence on the shameful ethics of Curtis Green and two rogue cops — Carl Mark Force and Shaun Bridges.

It goes to show that the many unanswered questions surrounding the case, like how government agents found the Silk Road’s IP address, which wasn’t due to a faulty ‘captcha’ screen as claimed, were likely due to perfidious agents gone rogue.

The post The Silk Road Investigation: A ‘Pattern of Bad Behavior and Double Agents’ appeared first on Bitcoin News.