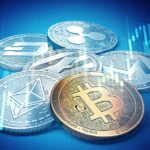 Stable coins may dominate the industry

Stablecoins were created to offer simplistic, stabilized and secure means of transactions. According to a recent report by blockchain, at least 57 stable coins are released or are in development around the world. Also, the Gemini Dollar and Paxos Standard stable coins have been approved by the New York State Department of Financial Services. Stable coins leverage the benefits of cryptocurrency, such as transparency, security, fast transactions and privacy without losing the guarantee of stability that comes with fiat currency.

From migrant workers who need to send money to their families to businesses looking for an efficient way to make overseas payments, stable coins have the potential to bring benefits to all of them.

Tech giants and multinational finance organizations have shown their interest in stable coins. In 2019, Facebook and JPMorgan Chase announced their own native tokens. While Libra and JPM Coin are expected to be released by the end of 2020, it remains to be seen whether other companies follow the trend and announce their own stable coin. 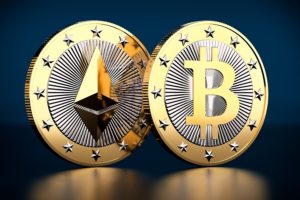 The JPM coin has the objective to solve two major problems: the expensive process of settlement and the volatility regarding money held in cryptocurrency. The JPM coin will not operate on a public network like conventional cryptocurrencies such as Bitcoin and Ether. According to the New York times, the Libra will benefit from Facebook’s large user base. As 2.7 billion people use Facebook every month, its coin has the potential to become the most used cryptocurrency.

Cryptocurrency becoming a major element in the financial ecosystem

Over 60,000 to 70,000 transactions take place on the Bitcoin network daily and Bitcoin is by no means the only cryptocurrency. Major companies in the finance and fin-tech industry have entered the cryptocurrency sector in 2018. All of them are offering Bitcoin futures and other options to institutional investors. Seeing the growth of cryptocurrency in the past decade, this can only be considered as the starting point of the digital currency revolution. Regulatory changes and new technologies have the potential to influence the financial market and they will continue to do so in the coming years.

A number of Altcoins are rising in the market. As the initial exchange offering (IEO) is the most popular crypto-based crowdfunding platform, the Binance Coin is expected to rise in demand. The Bitcoin, Litecoin, USDT and Bitcoin Cash are considered as the top coins for payments. Ethereum, Tron, EOS, and NEO are probably the most popular for DApp. New coins need to provide another utility in order to shine in the market.

Bitcoin and crypto derivatives behemoth BitMEX is being sued for $300 million for providing false equity information to a couple...