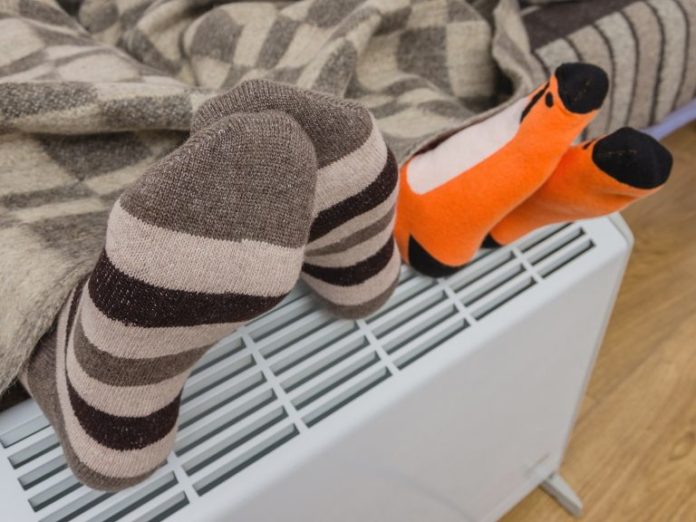 Hotmine, a company based in Ukraine which engineers home appliances for crypto enthusiasts, is not new to mining equipment development. But sometimes it takes the right time and the right technology to be able to create and offer solutions that consumers would be willing to buy and use. Thanks to tech progress and proper market conditions, cryptocurrency mining at your home is once again becoming an option to support your budget with some satoshis or save on utility bills.

Cryptocurrency mining has passed through different stages since the invention of Bitcoin and Oles Slobodenyuk, the owner of Hotmine, was willing to explain why he thinks that after a period of industrialization, the minting of digital coins can once again return to living rooms and garages. And it can not only bring households some additional crypto income but also heat air and water without affecting the noise comfort of a home.

Hotmine produced its first hashboards using 55nm chips and developed a system to utilize the thermal energy emitted by the hardware in September 2013. In October the same year, 10 hashboards with 12 chips each were capable of mining three bitcoins a day. A complete module had 80 hashboards and a total of 960 chips. This equipment was exploited for a few years until it was eventually replaced with a more productive hardware. Hotmine can change the hashboards, which act as the heating elements in its systems, with new ones based on 16nm, 10nm, and 7nm chips. In the early days of Bitcoin, a period Hotmine CEO describes as Mining 1.0, a miner was a full-fledged cell of the crypto community, he pointed out. Later, when the first video cards, ASICs, and mining pools appeared, having an account on a pool was enough and the mined bitcoins were often immediately withdrawn to an exchange. Eventually, hardware manufacturers started mining themselves. Creating 20-40-100 MW datacenters became much more profitable than working on small-scale solutions, Slobodenyuk noted referring to that industrial era as Mining 2.0, when the minting of coins became noisier. Speaking to news.Bitcoin.com, the entrepreneur further elaborated:

Plugging your equipment as soon as possible became a priority. It all turned into an arms race. No one was thinking about complex infrastructure projects with beneficial use of the generated heat.

Advancements in technology are now making it possible for crypto mining to decentralize and return to private homes. The Mining 3.0 period will see mining equipment being used in home applications again, like powering water boilers and heating radiators. Hotmine’s new product, the Prometheus smart heater, mines cryptocurrency to allow users to save up to $0.064 per kWh of spent electricity, the company claims. So if you pay 12 cents per kWh, for example, Prometheus can help you save approximately 50% on your electricity bill, Slobodenyuk insisted. According to its website, Hotmine has already produced its first batch of 60 heating convectors in late 2019. The Ukrainian company decided to construct a silent miner-heater in August 2018 using 57 J/Th, 16nm Bitfury Clarke chips. The power consumption of their device is between 550 and 900 Watts per hour with a productivity of 8 – 11 Th/s. The convector is linked to the internet via wifi. The first prototypes appeared in April 2019, with a regular configuration (0.5-0.7 kW) mining at up to 11 Th/s and a mini version (0.1 kW) at 1.5 Th/s. Both modules rely on fanless cooling which allows them to utilize the excess heat without producing noise, making them suitable for home application.

A Market Opens Up for Heat Utilizing Mining Solutions

Oles Slobodenyuk believes there is a place for his convectors in every home. In order to bring down the manufacturing costs to around $450 – $550 per module, however, he has estimated that Hotmine has to assemble and sell 100,000 smart mining units or more. The company has a road map to achieve that and hopes to manufacture 1,000 smart convectors and 2,000 smart water boilers in 2020, gradually increasing the numbers in the next few years until it reaches its goal. At the same time, Hotmine also hopes to expand its community of users and supporters which can improve sales and ensure funding. “We can quickly develop new equipment, R&D is our strong side, but we are yet to learn how to better advertise and promote our products. Our initial strategy was to look for clients and investors on the Indiegogo crowdfunding platform but we also realized that success comes with creating a community,” said Slobodenyuk. His team is currently working to increase the number of Hotmine’s followers on social media and takes every opportunity to present its products at conferences and other events in the crypto space. Volunteers are currently testing some of the Prometheus smart heaters, the company founder revealed.

Slobodenyuk believes Hotmine has two options for its future development. One is to organize mass production of mining modules in China and arrange distribution around the world. The other is to find partners in export markets and start assembling the mining rigs in each country. In any case, building a successful business with crypto mining home appliances will not be an easy task, not least because of increasing competition from other contenders in the niche like Qarnot or Comino, as Hotmine’s management acknowledges. Nevertheless, the continuing crypto market recovery that made mining profitable again certainly opens new possibilities before all these companies.

Do you think crypto mining can be successfully integrated in home heating systems? Share your opinion on the subject in the comments section below.

Disclaimer: This article is for informational purposes only. It is not an offer or solicitation of an offer to buy or sell, or a recommendation, endorsement, or sponsorship of any third party products, services, or companies. Bitcoin.com does not provide investment, tax, legal, or accounting advice. Neither the company nor the author is responsible, directly or indirectly, for any damage or loss caused or alleged to be caused by or in connection with the use of or reliance on any content, goods or services mentioned in this article.

The post This Company Sets Out to Prove Crypto Mining Has a Place in Your Home appeared first on Bitcoin News.