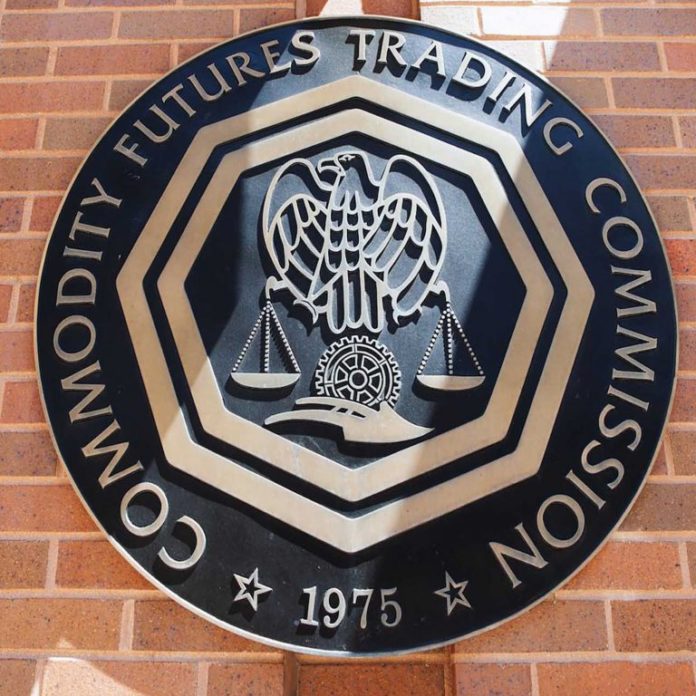 A few months ago the U.S. Commodity Futures Trading Commission (CFTC) charged a Staten Island-based company called Cabbage Tech with ‘fraud and misappropriation’ of funds based in Bitcoin and Litecoin. According to the CFTC, it revealed it had charged Patrick McDonnell and his company Cabbage Tech for crimes associated with allegedly promising big returns on trading advice, and lifetime trading advice memberships. The CFTC is looking for restitution of all of the funds solicited, and the case may also see a jury trial. This week news.Bitcoin.com spoke with Patrick McDonnell about the charges against him, and he told us the entire case is “politically motivated” and the charges against him have been “fabricated.”

One Man Against the CFTC and CME Group Earlier this week news.Bitcoin.com spoke with Patrick McDonnell about his company Cabbage Tech and the charges made against his company this year stemming from the U.S. regulator the CFTC. McDonnell claims his innocence, and believes the charges against his company are falsified and he is being used as a scapegoat to bolster certain regulatory policy such as the approval of CME’s recent futures markets. McDonnell says that CME is very much involved with the case against him, and he was even contacted by CME Group lawyers asking him to define bitcoin and virtual currencies as a ‘commodity’ over the telephone. McDonnell refused to say bitcoin is a commodity and the CFTC’s definition of virtual currencies is one of his main arguments against the financial charges against him.

Bitcoin.com (BC): Earlier this year Cabbage Tech (CTC) was charged with fraud and claimed to provide “300% returns in a week,” according to the U.S. Commodity Futures Trading Commission (CFTC) statements. What can you tell our readers about yourself and this case?

Patrick McDonnell (PM): Cabbage Tech, Corp. “CTC” was not a digital currency company as described in the media; it accepted cryptocurrency as an alternative means of membership/subscription payment. CTC was a diversified membership-based, subscription type, informational service offering investment reporting and alerts on an array of traditional markets outside of cryptocurrency. At certain times many CTC cryptocurrency reports and alerts may have well exceeded 300%+ returns which is typical in this sector during altcoin season. Myself? I was a newsletter operator.

BC: What does CME Group and Bitcoin futures markets have to do with this case?

PM: My ‘Defendant Statement’ filed with the Court on April 25, 2018, explains the CME’s involvement and motivation to join the CFTC in their deceptive plan to regulate bitcoin futures at any/all costs. The court documents can be read here, and more information can be read here.

Basically in my letter I write that in a strategic move to limit company/investor liability and correct their mistake of relying on the CFTC’s 2015 claim that Bitcoin and Virtual Currencies fall under their scope. The Chicago Mercantile Exchange (“CME”) was financially motivated to join the case on March 05, 2018 filing a MOTION for Leave to File Letter as Amicus Curiae by Chicago Mercantile Exchange Inc. per Jonathan L. Marcus a CME attorney.

The CME in its correspondence/filings with the Court stated in desperation things such as:

Warns the Court of the grave consequences if Bitcoin and its likes do not have the status of commodities under the CEA.

If the Court rules that a virtual currency such as bitcoin is not a commodity, this would put in jeopardy CME’s and its market participants’ expectation to rely on the CEA and the CFTC’s regulatory protections for commodity derivatives contracts based on virtual currencies.

This legal uncertainty would substantially disrupt the settled expectations of CME and numerous market participants who are trading bitcoin futures for purposes of hedging cash market exposures or making a market in bitcoin futures by offering liquidity, in addition to market professionals that clear, broker or manage virtual currency futures trading activity

BC: According to reports, you and the firm Cabbage Tech are being charged by the CFTC with ‘fraud and misappropriation in connection with purchases and trading of Bitcoin and Litecoin.’ How are you confronting the CFTC, and CME over the treatment of bitcoin?

PM: I believe the landmark decision that “Bitcoin and virtual currencies are commodities” appears to be flawed. The CFTC had ‘no cause or authority’ in the first place to file this trumped-up case, more or less, and build a body of digital law on me. All cryptocurrencies are not commodities which will be proven in the CFTC’s case against My Big Coin. This case is not about a company or myself, this case is about controlling regulation first in an innovative sector that will surely redefine our world. Yet, you cannot control a globe of people dead set on decentralization for such reason. CTC again accepted cryptocurrency as an alternative means of payment – not for investment or trading. Severe monetary reasons lurk behind CFTC/CME recent actions which I will prove 100%.

BC: Do you feel your case is politically motivated or that you are being used as a scapegoat for some reason?

PM: It is not my reason, it is the factual truth. The CFTC was grandstanding in Washington just weeks later of the complaint asking for a budget increase and pointing at their most recent ‘cryptocurrency’ enforcement. Much of this will come to light throughout the trial and you will see the CFTC was reckless in an attempt to force regulation. They needed something to point at.

BC: What’s your opinion on the other probes and investigations taking place nationwide being led by the IRS, the Securities Exchange Commission (SEC) and the CFTC?

PM: I have no problem with the government regulation of cryptocurrency, it is definitely needed. In regards to my case, what good is regulation if put in place employing unjust means or methods?

BC: How are you funding this case and is there anyone helping you with the litigation process?

PM: I am representing myself ‘Pro-Se’ fighting 5-6 CFTC attorneys on a regular basis. I have the aid of the Federal Pro Bono Clinic but that is very limited. I am finding out how to launch a defense fund within the rules of court-ordered injunction to possibly raise monies for the legal fight. This case has forced me into bankruptcy as of April 27, 2018, rendering me unemployable with the online assassination of my name. However, I will fight for my innocence without any money.

BC: Your case was highly publicized on mainstream media outlets. Have you contacted any of them and to explain your side and how you believe the CFTC’s case was fabricated?

PM: I have attempted to no avail; those who did speak with me were already biased based off public opinion. Unfortunately, I am being forced to do all of this to reclaim my good name from tarnish. BC: You were not the only one charged that week by the CFTC. What is your opinion of Dillon Michael Dean from Colorado, who was also charged roughly at the same time as Cabbage Tech., with fraud by soliciting over a million dollars worth of bitcoin to the public?

PM: I really don’t know much about him but he is running from the CFTC. Where I come from guilty people run and honest stand their ground. An honest mind has no worries and Mr. Dean seems concerned. Yet, I stand alone in these courtrooms, an innocent labeled a fraud by the CFTC. I do not know if is he is guilty or not guilty but he should man up and face the claims if innocent.

BC: You sent us a picture of the CME lawyers calling you. Can you describe what that is about?

PM: That picture says a billion words. The CME relied heavily on the CFTC’s 2015 claim that bitcoin was a commodity under their regulatory scope. Late December 2017, the CME and major market participants launched a bitcoin futures product on CFTC claims investing millions, if not billions of dollars.

These institutions are why Bitcoin suddenly topped over $20,000 USD and somewhere during that period it hit! CME attorneys recognized the huge liability they were bearing relying on the CFTC claim. In turn, we see CFTC enforcements in January, CFTC budget increase request for cryptocurrency enforcement in February, and a ruling in CFTC’s favor that “Bitcoin is a commodity” in March.

This is a staged set and you have to be the victim of it to see clearly what was done. So no more liability for CME and the CFTC is the new sheriff in crypto town. On May 05, 2018, the day before my hearing, I received a phone call from a CME attorney named Jonathan L. Marcus out of Washington, DC. He was calling on behalf of his client who had invested a lot of money into a bitcoin-related product and asked me in a few different ways if I believed bitcoin was a commodity as I rebutted him. “It was of extreme importance that he knows because his client based their investment on the CFTC’s 2015 claim.”

He was very evasive and finally told me his client was the “CME”. He further stated, “he would be filing some documents on the case at times using the courts’ name, my case number, etc.” I asked him ‘How can you do that?’ He asked again, ‘Do I believe bitcoin is a commodity?’

I objected 5x at the top of my lungs then hung up. However, as stated in my filing I asked the court if they knew of this information filed and they said they did not. Yet many CME ECF dockets were filed May 05, 2018 and my hearing was held May 06, 2018? Odd. Both the CFTC/CME had a lot to lose monetarily if bitcoin was not declared a commodity on March 06, 2018 in the CME’S own wording to the court. A jury of peers will see it through clear unbiased eyes. BC: What would you like to tell the cryptocurrency community on your behalf in regard to this case? What should other crypto-based businesses know about this matter going forward?

PM: I would ask the cryptocurrency community to base their opinion of me on facts not fabricated FUD. Any/all participants in cryptocurrency should tread lightly until regulation is fully imposed. Many U.S. crypto individuals/outfits will soon be affected by the March 06, 2018 bitcoin ruling. Everyone is vulnerable in unchartered territory.

What do you think about Patrick McDonnell’s case? Do you think he has a chance of beating the CFTC’s charges and changing classifications? Let us know your thoughts on the subject in the comments below.

The post This Guy Is Fighting a Legal Battle with the CFTC over Bitcoin Classification appeared first on Bitcoin News.

Oscar Mayer Just Created Bacoin, a Cryptocurrency You Can Redeem for Bacon (Seriously)

Blockchain and Bacon: A Match in Hog Heaven? Oscar Mayer is trading in its weenie whistle for something kids these...