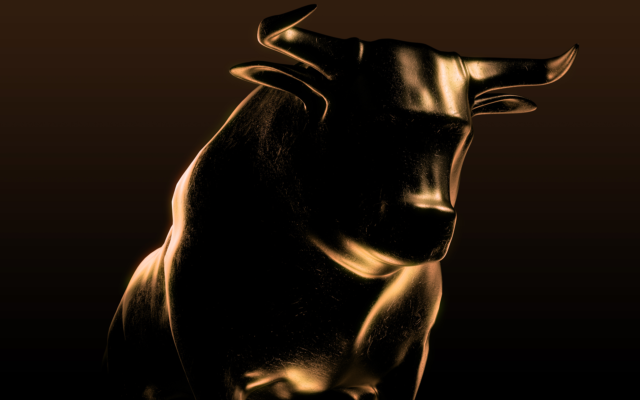 With bitcoin price never experiencing a lower yearly low, is it correct to say the top-ranked crypto has ever been in a bear market?

Has Always Been a Bull Market for Bitcoin

It is common to come across mention of narratives like “the 2018 bitcoin bear market.” Why, because the BTC price fell by close to 80% during the year.

However, the BTC low for 2018 was around the $3,100 price mark reached in December 2018 in the aftermath of Bitcoin Cash civil war.

Despite the BTC price 00 ‘bubble’ popping in 2018, it still set a higher low than all other previous years. In fact, bitcoin has never set a lower yearly low. 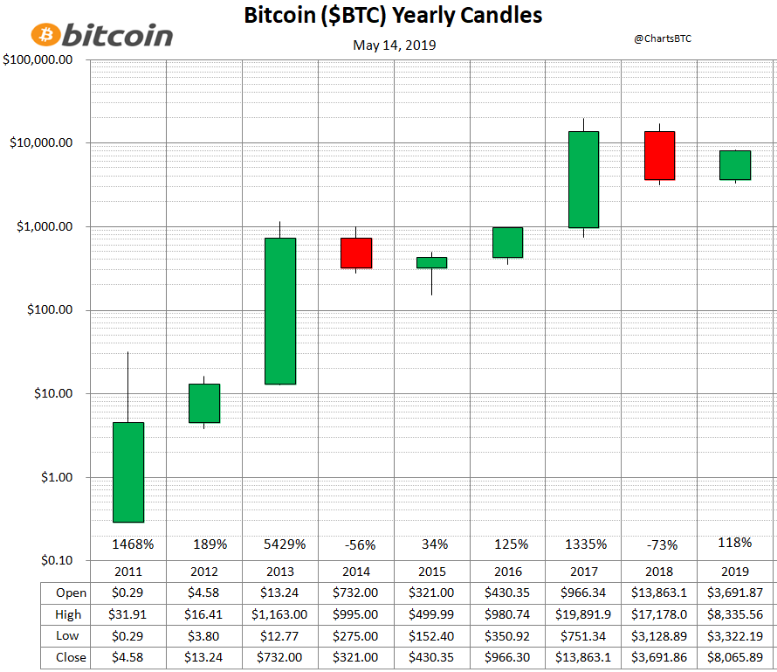 Viewing the BTC price action on a macro level, it seems somewhat accurate to say BTC/USD has never actually been in a bear market.

Commenting on the matter, Bitcoinist senior market analyst FilbFilb notes that bitcoin has never left the bull market on the macro level. He explained:

So far in 2019, BTC has generally set higher lows. However, bitcoin failing to hold $7,500 during this current wobble, then that trend could be broken.

Major support for BTC currently lies even lower, somewhere around the mid-$6k mark. Back in mid-May, BTC broke $6,500 before pushing on to $9,100 less than a fortnight later.

Tweeting on Monday, bitcoin analyst Josh Rager declared that staying above $7,500 was critical to BTC experiencing a price pullback.

Due to the amount of volume, it’s more likely price has short term relief that can last hours or days before another push down to retest support

Retracements Are Pit Stops on the Bullish Circuit

With bitcoin spending the last few days hovering around the mid-$7k region, there is the inexplicable talk of the bull market being over. This is despite bitcoin’s 120% gain thus far in 2019.

But while bullish fatigue can result in notable pullbacks, the overall long-term trend for bitcoin price remains on an upward trajectory.

In fact, it is quite common for bitcoin bull-runs to experience 10 to 30 percent drops amid a parabolic rise. Using 2017 as an example, there were no less than eight of such temporary price retracements.

Right but bull runs have many 10-30% drops. Most consumers can’t handle that type of PP vol.

And remember we also have exchange fee, and mental coordination costs.

During that period, BTC skyrocketed from $966 at the start of the year, topping out at nearly $20,000 in mid-December.

There are many factors that contribute to these retracements – profit scalping at certain price levels, value compression to create new entry points, etc.

The steep parabola created by such a sharp spike alone was ominous to experienced traders of a looming market correction but that hardly signals the end of long-term bullish advance.

As Bitcoinist reported, Bitcoin’s stock-to-flow model may be en route to a $100 trillion market cap that would exceed gold due to its set-in-stone scarcity that will become increasingly felt in the coming years.

Do you agree with the assertion that bitcoin has never been in a bear market? Let us know in the comments below.

In a World Where Central Planners Push Debt, Cryptocurrencies Look Better Every Day

Economists have been predicting a worldwide recession which could pose a risk to financial stability throughout various countries. Fear of...