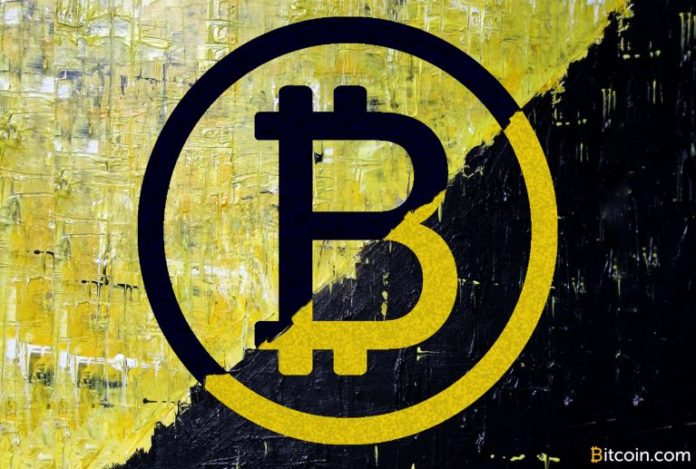 A Bitcoin Cash (BCH) supporter recently noted that the biggest hindrance to cryptocurrency adoption is tax laws and reporting taxes on digital currency usage. After reading the commentary, Bitcoin.com CEO Roger Ver shared a four-minute video about the subject of taxes in order to spark questions in the minds of people who might not understand what taxes are and why they have hindered the crypto economy.

Also read: 5 Popular Crypto ATMs That You Can Purchase Today

On March 10, the Bitcoin.com Official Youtube channel aired a brief video called “George Ought to Help,” an animated short on taxes and a universal agreement called the Non-aggression Principle. Bitcoin.com’s owner Roger Ver shared the video because a lot of cryptocurrency advocates have been talking lately about how taxation is not helping the crypto economy flourish. In fact, the process is constraining the digital currency industry with old school shackles that don’t fit this technology. The animated short “George Ought to Help” explains the idea of taxation in very simple terms by not leaping to conclusions but by merely asking a few thought-provoking questions.

The video asks you to imagine that you have a friend called George that you’ve known since childhood. However, you two are not as close as you were back when you were children, but you still meet George from time to time and get along very well. But one day while hanging out with George, another mutual friend named Oliver approaches who explains that he’s had a run of bad luck. Oliver details that he’s raising money for tuition fees for his kids and you decide to help Oliver out by giving him some money. George, however, does not offer any help and you try and persuade him but George just won’t budge. The video then asks an important question:

Imagining yourself in this situation — Do you think it’s okay to threaten to use physical force against George to get him to do the right thing?

In another example, the video asks you to imagine a slightly different situation. In this example, a group of your friends take a vote and 6 out of 10 are in favor of threatening George to get him to help Oliver. Again, another interesting question arises from the situation and the video’s narrator asks: “Does this democratic process make it okay to threaten George?” And with one last change to the concept, the video’s narrator supposes this time that thousands of people have democratically agreed that a group called the ‘agents’ shall do whatever is necessary to take money from George and give it to Oliver’s family.

The agents don’t explicitly threaten George at first as all they do is send him a bill. Like everyone else, George knows what will happen if he doesn’t pay the bill. First, he will get more letters demanding payment and the bill will get bigger. Eventually, if he still doesn’t pay, the agents with guns will break into his house and take him away against his will. Almost everyone pays the bills without question because they know that agents are prepared to use as much force as necessary to overpower those who resist. The video’s narrator poses another question to the viewer:

Do you think it’s acceptable for the agents to threaten violence against George if he doesn’t give his money to helping Oliver’s family?

The video further explains that if a forced redistribution of wealth is approved by society then people must also accept that violence made against peaceful individuals is okay. Right now, in nearly every nation state, the use of violence, force, and coercion is how taxes are collected. Most of us feel uncomfortable with making these threats on our own, so with the so-called democratic system, people can accept the process when violence is executed by agents of the state. Over the last few decades, a growing number of people have came to believe that taxation is immoral because it is a form of theft due to its inherent use of threats of violence that transgress against property rights. The animated short “George Ought to Help” shows how enforcing compulsory tax collection goes against society’s underlying non-aggression axiom or the golden rule. Known as the Non-Aggression Principle (NAP), it holds that it is immoral to initiate or threaten force against a peaceful individual’s property, even when a large majority of people vote to use force. However, as a large society, we have found that using ‘agents’ and so-called ‘representatives’ helps people ignore the NAP, because the person doesn’t have to accept responsibility for their actions if they decide to initiate violence. Using the ballot box to enforce taxes is far easier than attempting to collect these funds on your own.

Bitcoin allows for peaceful and voluntary trade in a permissionless manner and the idea that regulations and taxation will help bolster the crypto economy is absurd. Compulsory tax collection is the complete opposite of the inherent nature of Bitcoin and the technology’s peer-to-peer innovation. There is a reason taxes and cryptocurrencies mix like oil and water and the four-minute animated film gives a great explanation to why this is the case. People should forget about the complicated process involved with crypto taxes and question the very nature of taxation because to this day the system continues to encourage violence and the use of force against peaceful individuals.

Do you want to learn more about taxation, the NAP, and voluntaryism? Check out the links below for more resources including the short animation “George Ought to Help” by Tomasz Kaye.

OP-ed disclaimer: This is an Op-ed article. Some of the opinions expressed in this article are the author’s own.

Image credits: Tomasz Kaye: Voluntaryist and Creator of “George Ought to Help,” Bitcoin.com, and Pixabay.

The post This Short Animation Might Make You Think Twice About Taxes appeared first on Bitcoin News.

Borderless isn’t like other decentralized exchanges (DEXs). For one thing, it comes with its own blockchain – or rather the...