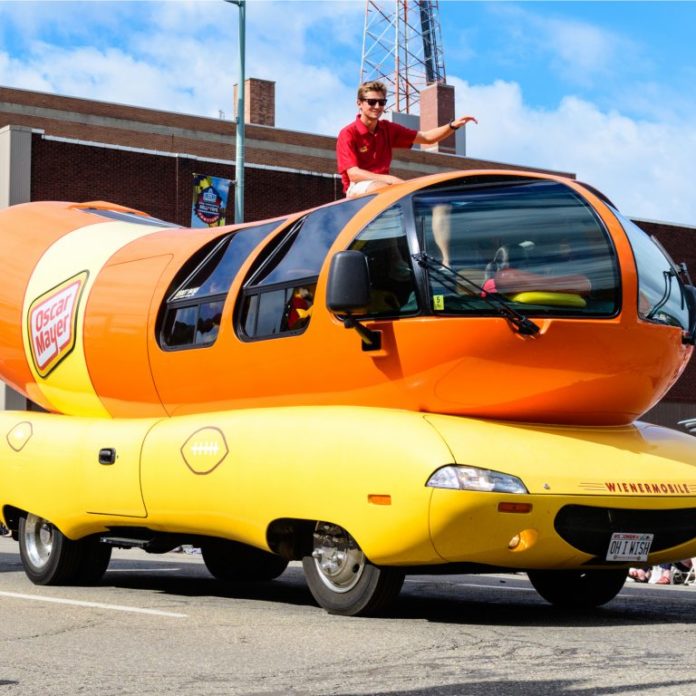 From a turf war over “the world’s first” bacon-backed coin to mining trucks chasing cheap electricity across Europe, the cryptocurrency world never has a dull day. These stories and many more were covered in this week’s daily editions of Bitcoin in Brief. As the messaging service of choice for many cryptocurrency groups, the problems at Telegram made headlines on Monday. While the company was facing a crackdown in Russia and Iran, this time it was a technical issue in one of Telegram’s data centers after a power outage in Amsterdam that caused interruptions across Europe, the Middle East, North Africa, Russia, and the CIS countries. Additionally covered were a photo which shows a huge Bitcoin logo projected on the Swiss National Bank building in Zurich and major companies’ blockchain developments in South Korea.

On Tuesday we reported that UCL (University College London) cut all its ties with the IOTA Foundation because of its repeated threats against critics that reviewed the technology, that Wikimédia France will soon begin accepting donations in cryptocurrencies, and that someone has created the annoying bitcoin price alarm from HBO’s comedy series Silicon Valley. But the big news was all about bacon.

Oscar Mayer, the meat brand owned by Kraft Heinz (NASDAQ: KHC), announced it had launched the “first-ever cryptocurrency backed by bacon.” Fans were invited to “mine” Bacoin by participating in a promotion and pump the value by shilling for it on social media. The company was soon hit with a cease-and-desist letter by someone claiming he invented a bacon-backed coin with the exact same name back in 2014. Luckily for fans, everything turned out well at the end. Oscar Mayer has offered to make a donation in his name, and to send its famous Wiener-mobile to the guy’s house to give him free bacon and entertain his kids for a while and the case was thus settled.

Hacker Gets Trolled, Vertcoin Gets Hacked

Hackers, a constant pest in the crypto world, have been our focus on Wednesday. Some scammers have taken over the official Vertcoin Twitter account and duped a handful of followers to send them some bitcoin with the false promise of a giveaway. Another scammer tried to blackmail a podcaster into giving him bitcoin by holding his website for ransom but got trolled hard. Additionally covered was Coinmarketcap’s five year anniversary, when the site unveiled  a new logo, an iOS mobile app and added some new features. A few unfortunate cases were covered on Thursday. Bitgrail, the Italian crypto exchange which suspended operations after losing 17 million XRB, has briefly reopened and soon closed again under order from the court of Florence. Btcxchange, the oldest bitcoin trading platform in Romania, has apparently closed down for good this time after multiple setbacks through the years. Shapeshift CEO Erik Voorhees lashed out in a tweet against Chase Bank which has closed his credit card account without warning nor an explanation.

In other news, US-based cryptocurrency exchange and wallet Coinbase has applauded the investigation by New York Attorney General into the industry’s business practices. This was in sharp contrast to the strong rebuke by Kraken CEO Jesse Powell which took a brave stand against the American regulatory overreach.

Farms on Wheels, a Hotel, and a Simulator for Miners

On Friday, the latest developments in the mining space were our focus. These included a  “mining hotel” in Moscow, Russia, a Bitmain Zcash ASIC miner, and even mining trucks. Italian inventors plan on installing their miners in shipping containers loaded on trucks, enabling them to rapidly move the mobile farms to destinations with cheap electricity and more favorable regulations. We also reported that a team of Belarusian developers is working on a project to create a “True Mining Simulator” – a computer game dedicated to replicating the life experiences of a cryptocurrency miner.

The main news on Saturday, other than BTC flirting with the $10,000 price level again, was that Russian Youtuber Pavel Makushin had been found dead in his apartment. The 23-year-old was the victim of a robbery in January, which saw 24 million rubles (approximately $38,000 USD) stolen from him. Mr. Makushin’s mother was reported to have indicated that the robbery could have led him to take his own life.

To make sure you didn’t miss any big bitcoin news this week, listen to the following podcast:

What other stories everyone in the bitcoin world must have read this week? Share your thoughts in the comments section below.