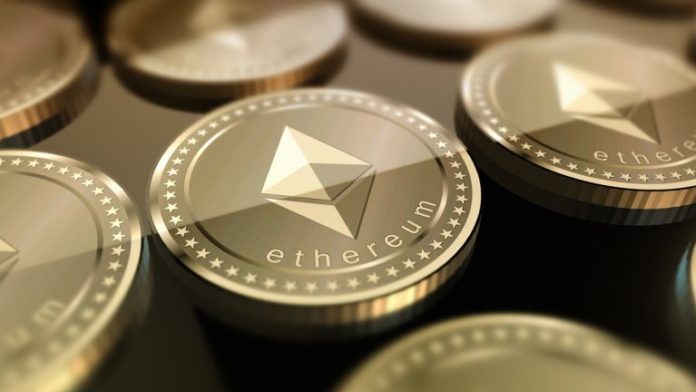 Years ago when the Bitcoin network started suffering from higher fees and congestion, a number of bitcoiners advocated the use of sidechains in order to relieve the main chain’s duties. However, they didn’t realize that the Ethereum network would solidify its role as Bitcoin’s main sidechain during the last year.

Five years ago, bitcoiners relentlessly argued over scaling the Bitcoin (BTC) blockchain and a number of proponents said that sidechains and offchain solutions would help. Moreover, a number of solutions like Blockstream’s Liquid and the RSK network launched. Many supporters assumed those two sidechains combined with the Lightning Network would help alleviate the issues.

However, none of these bitcoin enthusiasts expected to see the Ethereum network take over as BTC’s main sidechain. The situation was discussed this week when the investment partner at Paradigm, Arjun Balaji, tweeted about Ethereum’s massive growth in this area.

“Over the last year, Ethereum has emerged as the first working Bitcoin sidechain, growing from ~0 to 91.8K BTC ($1B notional, 0.5% of circulating supply),” Balaji wrote on Twitter. “Users have choice across the trust spectrum, from centrally issued (WBTC), trust-minimized (tBTC) to purely synthetic (sBTC).”

Financial commentator and cryptocurrency lead at Cinnober, Eric Wall, responded to Balaji’s tweet and said it was more like 20 months, as opposed to a year. Wall also shared a tweet he sent back when the Wrapped Bitcoin (WBTC) project officially launched in January 2019. The cryptocurrency lead at Cinnober said: “Big day in crypto. Ethereum is now officially a Bitcoin sidechain.”

When Wall tweeted this statement in 2019, a number of people didn’t agree with his assessment, so Wall further described his perspective of the sidechain definition.

“A sidechain is a different chain that uses the same native asset as another chain, where that asset can be locked/unlocked on the respective chains via a 2-way peg,” Wall tweeted last year. “[RSK], [Paul Sztorc’s] Drivechain [and] Blockstream’s Liquid are examples of these. Now Ethereum is another example.”

Ethereum proponent, Anthony Sassano, at first did not agree with Wall’s definition and said: “Ethereum doesn’t rely on the security of the Bitcoin blockchain so it’s not a ‘sidechain to Bitcoin’. WBTC is simply a tokenized representation of BTC.”

Wall responded to Sassano by stating:

The Liquid sidechain doesn’t rely on the security of Bitcoin mainnet either, it just makes the assumption that the bitcoins that get locked on the mainchain (and gets converted to LBTC on Liquid) can be unlocked again when the Liquid functionaries redeems them.

When Wall tweeted those statements, WBTC had initially announced locking 65 BTC into the protocol, as the Wrapped Bitcoin team considered the first lock-in in to be a milestone. At the time of writing, there is approximately 107,101 tokenized BTC or $1.1 billion using today’s exchange rates circulating on the ETH chain.

“Launched with unprecedented security measures in place and ready to be used at tbtc.network, tBTC is fully audited and open-source,” the project’s blog announcement reads.

The current number of BTC held on Ethereum, out of the 21 million that will be ever issued, is currently 0.510% of the capped supply.

The token tBTC will have a graduated supply cap and start at 100 BTC in the first week. “Each week, the contracts will loosen the deposit restriction based on a pre-committed schedule,” the project creators detail.

The other contenders who started developing sidechain solutions years before the massive tokenized BTC migration to Ethereum; RSK and Blockstream have a long way to go to catch up to the network effect the ETH chain currently holds.

The RSK sidechain has a circulating supply of 270 rBTC ($2.8M), while the Liquid Network has 2,594 BTC ($27M) in circulation. The supply of tokenized BTC on Ethereum, RSK, and Liquid combined is close to 110,000 BTC in total. Tokenized bitcoins on the Ethereum network eclipses these projects by 97.4% of all the tokens combined.

A new Coingecko survey has found that a large number of yield farmers do not know how to read smart...