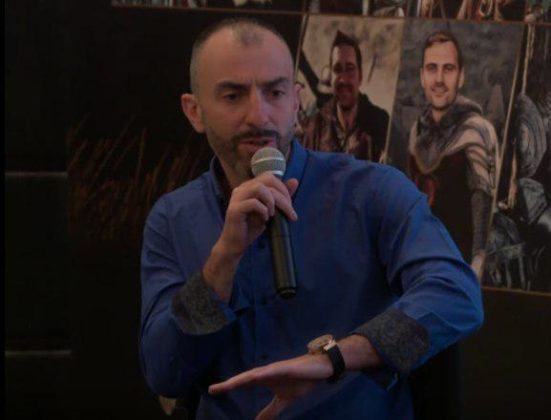 Bitcoin blasted through the $10K barrier once again this Sunday. But while the majority of analysts are hanging out the flags hailing the next Bitcoin bull run, prominent BTC trader and analyst Tone Vays stands by his bearish prediction.

Tone Vays Defends Bearish Stance Despite $10K Breakthrough
Bitcoin is on a tear. Against many odds, the number-one cryptocurrency ended the weekend in the five-figure region.
Die-hard Bitcoiners and bullish analysts are rubbing their hands with glee. Crypto Twitter is ablaze with action from the Winklevoss twins to the infamous Holdonaut visibly elated with the latest breakout.
Yet, there’s still one major short-term bearish Bitcoin analyst who’s standing by his prediction. Perma-deadpan Tone Vays still believes that BTC could plummet back to $4k in the months before the Bitcoin Halving.
When called out by the founder of Onchain Capital as to whether he still believed bitcoin would be at $4k before the Halving, Tone Vays responded that there were still two months to go and that “anything can happen.”
Naturally, the banter back and forth between the pair provoked quite the tweetstorm. After all, Tone Vays is nothing if not controversial. There were plenty of responses pouring scorn on his pessimistic predictions which have been wrong on multiple occasions.
One follower even suggested that Vays had the kiss of death when it comes to investing, saying:
@ToneVays Any other predictions you have so I can think the opposite and be successful what is your prediction for XRP XLM ETH LTC
Another added:
Can we please create a ledger of bad price moves predictions made by the pro trader
Is There a Case for a Bearish Bitcoin?
If Bitcoin’s short history tells us anything, it’s that the only thing that can be expected is the unexpected. While the general sentiment seems to be bullish ahead of the halving, there are certainly no guarantees that Bitcoin is going up moonshot style.
In fact, even at the time of writing, Bitcoin has already proven Holdonaut wrong by sliding back below the $10k mark this Monday. This is most likely due to profit-taking at the psychological five-figure threshold, leading economist and trader Alex Kruger to remind his followers that they should probably remember to do that each time they’re feeling “cocky”.
“Most of my worst losses have come at times when I feel invincible,” he added.
And of course, there’s also no shortage of analysts who are calling for a swift correction.
There may be plenty of jubilant voices decreeing the official return of the bulls. But, there are also more than enough old-timers and pragmatists (like Tone Vays) leaving the door open for the opposite to happen.
Do you think Bitcoin will crash to $4,000 before the halving in May? Add your thoughts in the comments section below!

Crypto markets are correcting this Monday morning following monthly highs over the weekend. Not all are seeing red though as...